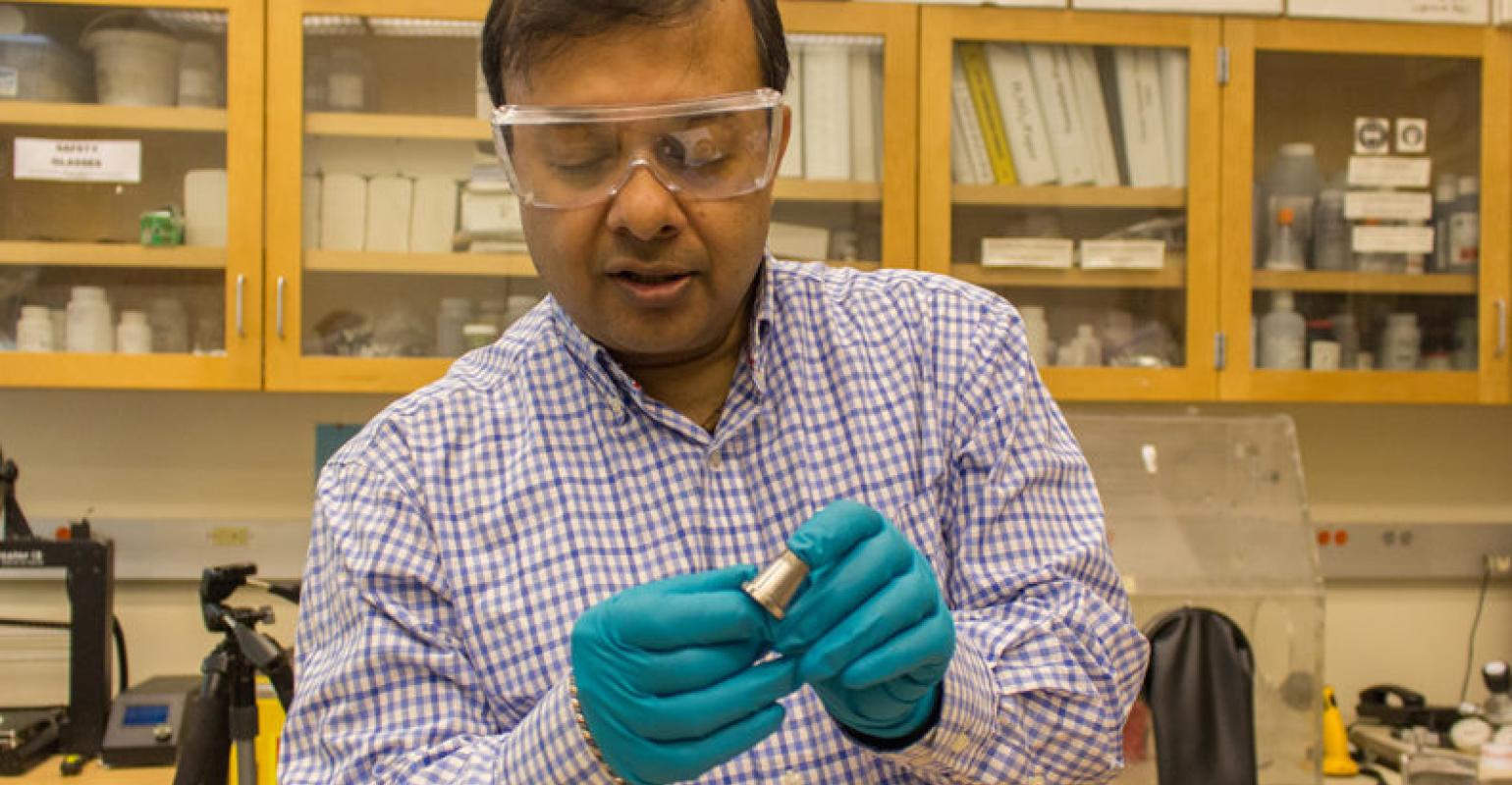 A team at Washington State University has 3D-printed in a one-step process using more than one material.

Researchers in the School of Mechanical and Materials Engineering used a one-step 3D-printing process to fabricate metal and ceramic structures as well as a bimetallic tube that is magnetic in one end and nonmagnetic in the other, they said in a WSU press release.

As manufacturers mainly can 3D-print using one material at a time, the work potentially could create cost savings and efficiencies by allowing them to make complex products with multiple parts in one operation, said Amit Bandyopadhyay, the Washington State University professor who led the project.

“This is a step toward the next level of manufacturing and the next generation of design, validation, optimization, and manufacturing using 3D printing,” said Bandyopadhyay in the release.

Using more than one material in a single 3D-printing process also eliminates the need to use adhesives or other connections between joints that are currently required when fabricating multi-material objects in this way, he added.

“You could be joining two very strong materials together, but their connection will only be as strong as their adhesive,” Bandyopadhyay said. “Multimaterial, additive manufacturing helps get rid of the weak point.”

Researchers achieved two types of multimaterial 3D printing in a single process. They printed a metal-ceramic structure in one operation, and a multi-metal structure in another. “Multimaterial additive manufacturing has opened the doors to so many different possible creations,” Bandyopadhyay said. “It has allowed us to be bolder and be more creative.”

Specifically, researchers used a metal called Inconel 718—a nickel-chromium alloy that can withstand high temperatures but cools very slowly—as a primary material. For the second process, they added copper, which allowed the alloy to cool 250 percent faster. This potentially makes the alloy—used in liquid-fueled rockets and for sheet metal parts for airplane engines—more durable and long-lasting, researchers said in the WSU release.

The team—including graduate students Bryan Heer, Bonny Onuike, Tom Gualtieri, and Yanning Zhang—published a paper on their work in the journal Additive Manufacturing. They aim to continue to explore multi-material 3D printing to advance the research.