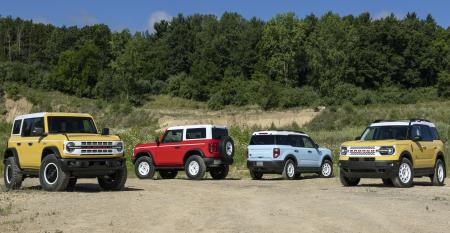 2023 Nissan Z Showcases Value of Continuous Engineering
Aug 10, 2022
The latest edition of the Z carries over its fundamentally sound platform, adding refinements to keep it...

Mercedes Immendingen Proving Grounds: Where the Technological Magic Happens
Jul 26, 2022
Mercedes-Benz develops some of the most advanced automotive technology in the world at this cutting-edge facility.

The 2022 Toyota GR 86 Premium Provides Classic Sports Car Fun
Jul 18, 2022
Toyota has built a sports car that’s as good as any you remember from the good old days.

JD Power Names the Top 2022 Vehicles in Initial Quality
Jul 05, 2022
JD Power finds that while overall quality has dipped, General Motors has surged to the lead.

Engineering Solutions By Design News Talks Merging Engineering With Design
Jun 23, 2022
Engineers and designers are often at odds at car companies, but to deliver on the promise of the Cadillac Lyriq concept car...

Good Reads: Top 10 May Design News Articles
May 31, 2022
In case you missed it, we've compiled the top 10 articles Design News ran in May, easily clickable in a gallery format.

Schwab Commemorates 1979 Tech Upgrade with a Custom Firebird
May 25, 2022
The stockbroker launched a computerized transaction system in 1979, so they’ve built a ’79 Firebird.
Load More