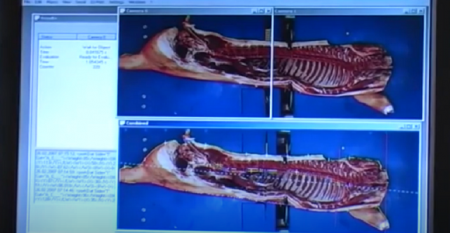 Time to Solve the Need for Automated Meat Packing? Call in the Robots
Oct 19, 2021
Finally, meat production is getting automated thanks to an army of food-production robots.

Supplier News Has the Scoop: Simulate a New World of Technology
Oct 08, 2021
Catch these newsy supplier offerings, from simulation to design collaboration.

Want to Control Your Automation Army? Hop Aboard the Robot Platform
Oct 04, 2021
Robot control platforms are helping users as they add more equipment to their automation projects.

Smart Tech in Toronto? See What's New in Manufacturing, Plastics, and Packaging
Oct 01, 2021
The event signs up NGen as the latest partner in its effort to promote the development, deployment, and adoption of cutting-edge technologies.

The Best Story on Manufacturing Day? How About the 235-Year History
Oct 01, 2021
Take a look at the history of manufacturing that begins in 1785 and continues beyond today.

Ready for a Breakthrough? This Robot Rolls Uphill and Climbs Stairs
Sep 29, 2021
Objects made of liquid-crystal elastomer showed autonomous movements in response to stimuli that were surprising.

Want a Smarter Robot Application? Give It Eyesight and Networking
Sep 22, 2021
Plant managers are seeking increased intelligence in their robots, from networking to vision systems.

Industry Voices: Want a Great Cobot Worker? Just Count All its Hats
Sep 22, 2021
Eric Potter, general manager at FANUC explains the variety of tasks that can now be completed by cobots.