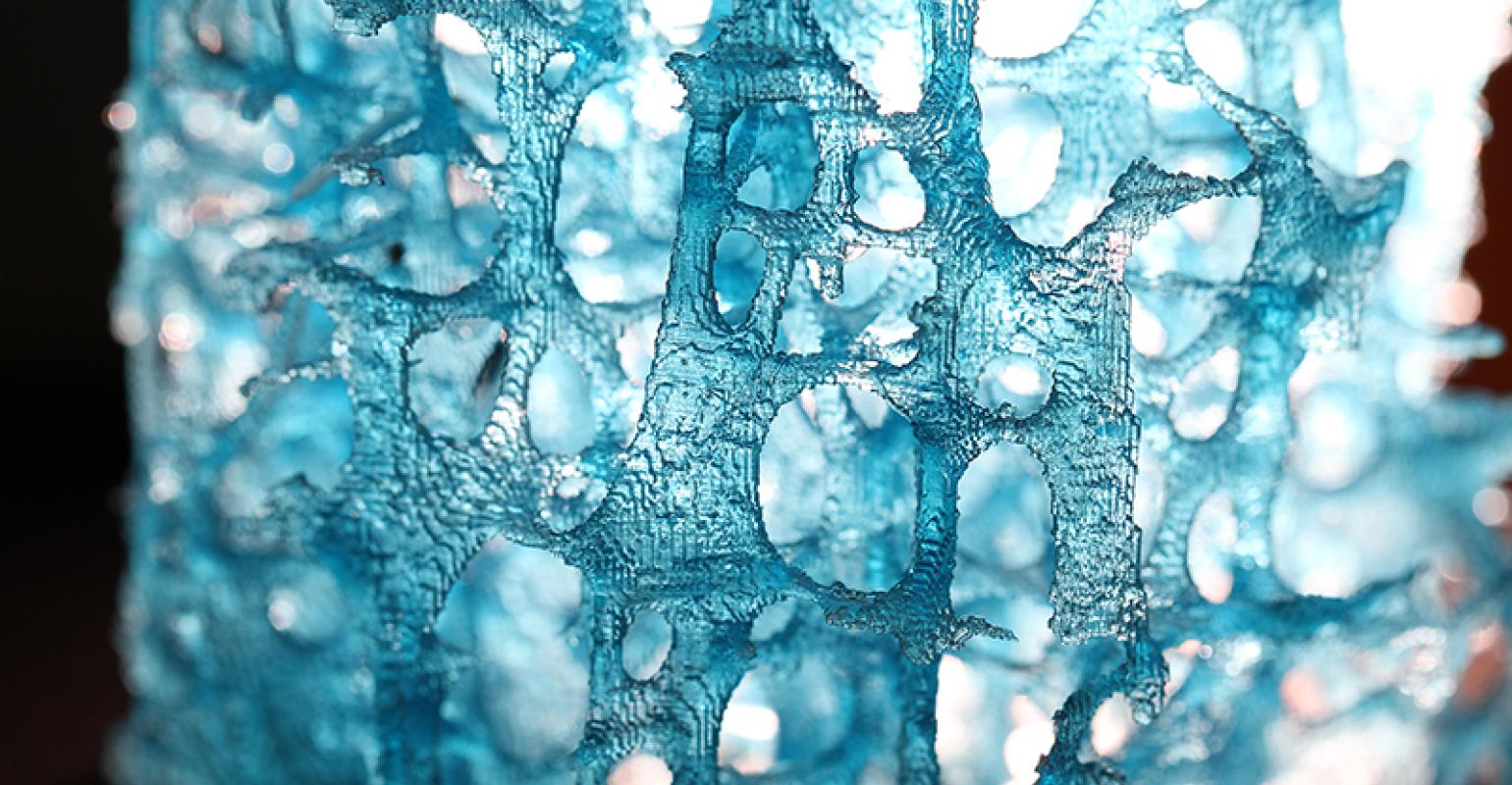 Researchers have taken inspiration from human bones to help improve the strength of lightweight structures that have been 3D-printed for potential use in the construction and other industries. A team of scientists from Cornell University, Purdue University, and Case Western Reserve University has observed how a beam that’s contained in human bone can help maintain the integrity and strength of, for example, a leg or an arm after many years of wear and tear.

They have taken this observation and applied it to the development of 3D-printed lightweight materials so that they may one day be used in the construction of buildings, airplanes, and other structures that would benefit from less weight but need to retain their strength and structural integrity.

“Bone is a building,” said Pablo Zavattieri, a professor in Purdue’s Lyles School of Civil Engineering and one of the researchers on the project. “It has these columns that carry most of the load and beams connecting the columns. We can learn from these materials to create more robust 3D-printed materials for buildings and other structures.”

Researchers did exactly that. Specifically, they mimicked the beam, or trabeculae, found in bones by 3D-printing polymer models of the structure and applying loads to them, they said. In the end, they made adjustments and created beams that were about 30 percent thicker using a material that can last up to 100 times longer than the beams in actual human bones do.

Trabeculae is a spongy material comprising a network of interconnected vertical plate-like struts and horizontal rod-like struts that act as columns and beams for human bones to give them their durability. The denser the trabeculae, the more resilient a bone is for everyday activities, with factors such as disease and age affecting the density and therefore degrading the material and its performance.

Those factors would become integral to the work of the researchers in this study, who discovered that even though the vertical struts of the trabeculae contribute to a bone’s stiffness and strength, the key to decreasing the longevity of the bone lies in the horizontal struts, said Christopher Hernandez, a professor of mechanical, aerospace, and biomedical engineering at Cornell. “When people age, they lose these horizontal struts first, increasing the likelihood that the bone will break from multiple cyclic loads,” he said. This discovery is contrary to the beliefs scientists long have had about trabeculae.

Researchers used this finding to inform the design of 3D-printed polymers with architectures similar to trabeculae, which they then tested for load-bearing to identify how the horizontal struts are affected by strain as a part of the overall structure.

Simulations of the bone microstructure under cyclic loading confirmed the team’s belief about the importance of horizontal struts to the trabeculae structures. Researchers observed that strains get concentrated in those struts, coming to the conclusion that if they increase the thickness of the horizontal struts in their 3D-printed models, they can mitigate some of the strains.

Researchers also found that thickening the struts did not significantly increase the mass of the polymer, so the design can lend itself to creating more resilient lightweight materials. “When something is lightweight, we can use less of it,” Zavattieri said. “To create a stronger material without making it heavier would mean 3D-printed structures could be built in place and then transported. These insights on human bone could be an enabler for bringing more architected materials into the construction industry.”

Researchers published a paper on their work in the journal Proceedings of the National Academy of Sciences. They also published a video of their research on YouTube.

The team believes that their work has numerous future applications not just for the construction industry, but also in other fields like medicine, where studying these structures further could inform better ways to treat patients suffering from diseases like osteoporosis.