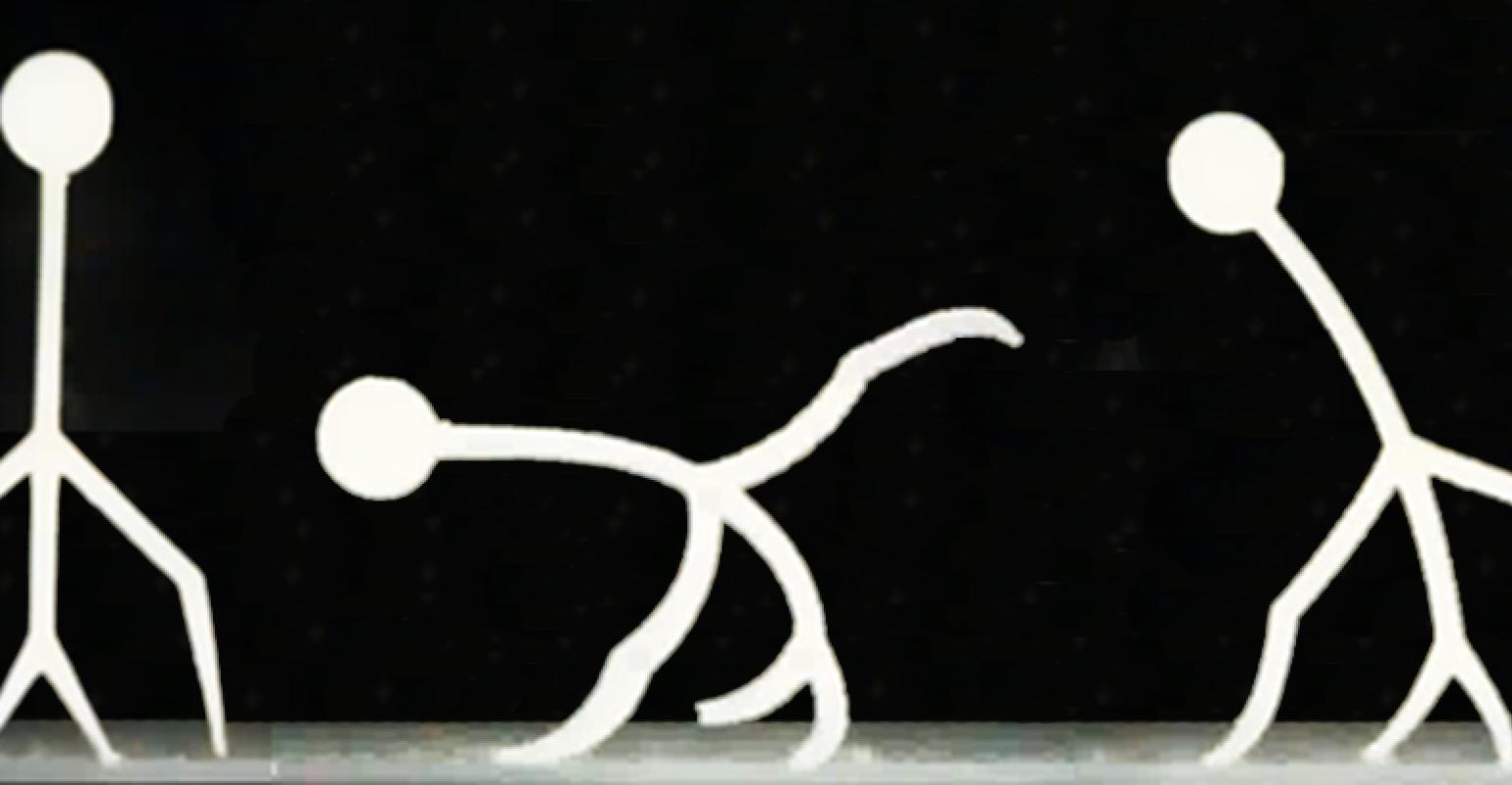 A smart hydrogel developed by a team at Rutgers University can self-actuate underwater and move objects on its own.

Researchers have developed a 3D-printed smart gel that can walk underwater and even grab and move objects. The development paves the way for innovations in medicine, robotics, and devices that can be used underwater. A team of engineers from Rutgers University developed the material, which they said can not only self-actuate when submerged in water, but even bump into things without damaging them.

The soft material is flexible and thus easier to design and control, as well as less expensive to produce. These aspects make it well-suited to a variety of applications, said Howon Lee, an assistant professor in the university’s Department of Mechanical and Aerospace Engineering.

“Our 3D-printed smart gel has great potential in biomedical engineering because it resembles tissues in the human body that also contain lots of water and are very soft,” he said. “It can be used for many different types of underwater devices that mimic aquatic life, like the octopus.”

Researchers are developing more and more sophisticated robots that can move and perform functions like humans. Soft materials are advancing the development of such machines because of their innate flexibility and other characteristics that make them attractive to researchers, Lee said.

The material developed by the Rutgers team is a hydrogel—materials that stay solid despite their 70-plus percent water content. These types of materials already are found in the human body, diapers, contact lenses, Jell-O, and numerous other things that people use every day. The gel resembles muscles that contract because it’s made of soft material, is comprised of so much water, and responds to electrical stimulation, Lee said.

The Rutgers team used a 3D-printing process to fabricate the material. During the process, they projected light on a light-sensitive solution that becomes a gel. They then placed the hydrogel in an electrolyte—or salt-based liquid solution—and used two thin wires to apply electricity to trigger motion.

The resulting material is about one-inch thick and can walk like a human, Lee noted. It can perform motions that include walking forward, reversing course, and grabbing and moving objects. “This study demonstrates how our 3D-printing technique can expand the design, size, and versatility of this smart gel,” he said. “Our microscale 3D-printing technique allowed us to create unprecedented motions.”

The researchers were able to control the movement of the smart gel by changing its dimensions, Lee explained. Thin material is faster than thick, and the gel bends or changes shape depending on the strength of the electrolyte and electric field.

The team published a paper on its work in the journal ACS Applied Materials & Interfaces, with Rutgers doctoral student in mechanical and aerospace engineering Daehoon Han as the lead author. Researchers also published a video on YouTube showing how the material works.

As mentioned, the material has a versatile array of applications, researchers said. In addition to its use in soft robotics that can self-actuate, it can be used to develop artificial heart, stomach, and other muscles. Devices for diagnosing diseases, detecting and delivering drugs, and performing underwater inspections also are possibilities for the material, Lee said.