3D-Printed Cement Gets Stronger as It Cracks 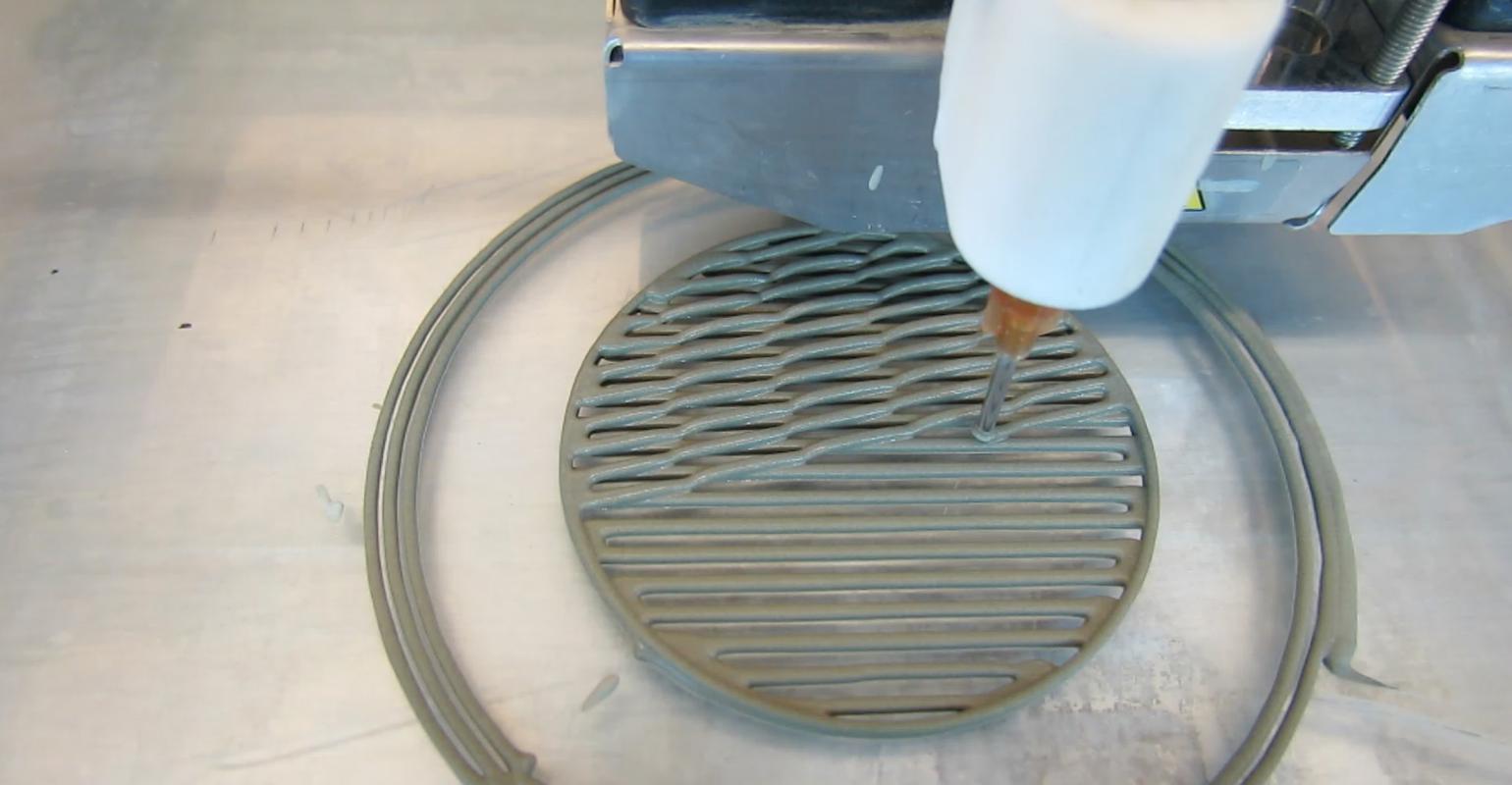 Bio-inspired cement paste could enable the construction of buildings that are more resilient in the event of mechanical stress brought on by natural disasters.

Researchers have 3D-printed a cement paste that is stronger, not weaker, when it cracks—paving the way for the construction of more disaster-proof, resilient structures, they said.

Inspired by the shells of arthropods, such as lobsters and beetles, a team at Purdue University developed the paste with similar toughening mechanisms in the material, which uses its “built-in” weakness to actually make it stronger, said Jan Olek, a professor in Purdue’s Lyles School of Civil Engineering, in a Purdue news release.

Cement paste is a key ingredient of concrete and mortar—materials that are widely used in construction. Currently, cracks in these types of materials weaken them, which makes buildings or other structures built with them more prone to damage or collapse under mechanical stress.

However, by mimicking the exoskeletons of arthropods (which have ways inherent in the material to control how damage spreads) in printed layers of the material, researchers have managed to develop a base cement material that is more resilient than what is currently used, they said.

Researchers compared their novel design to the strength it requires to break a bunch of uncooked spaghetti noodles rather than a single one. The 3D-printing process itself actually is integral to developing these stronger, cement-based materials that mimic this dynamic because it allows for custom control of material fabrication, said Mohamadreza "Reza" Moini, a Purdue Ph.D. candidate of civil engineering, who worked on the research.

"3D printing cement-based materials provides control over their structure, which can lead to the creation of more damage and flaw-tolerant structural elements like beams or columns," he said in the news release.

Researchers used a number of layering architectures to create inherently resilient cement structures, including ones called "honeycomb," "compliant," and "Bouligand" designs, they said.

By experimenting with each, they could observe new behaviors in a 3D-printed cement structure once it hardened. In the Bouligand architecture, for example, researchers found they could take advantage of weak interfaces to make a material more crack-resistant, Moini said. A compliant architecture showed the material acting differently, with cement-based elements behaving like a spring despite being comprised of brittle material.

The Purdue team also used micro-CT scans to gain a better understanding of how hardened 3D-printed, cement-based materials behave to take better advantage of their weak characteristics—such as pores found between the printed layers—to create strength, they said. A paper published in the journal Advanced Materials and a video on YouTube describe the scientists’ methods in more depth.

Researchers plan to continue their work to explore other ways that structures made from 3D-printed cement paste can behave more resiliently under mechanical stress or other damage, they said.