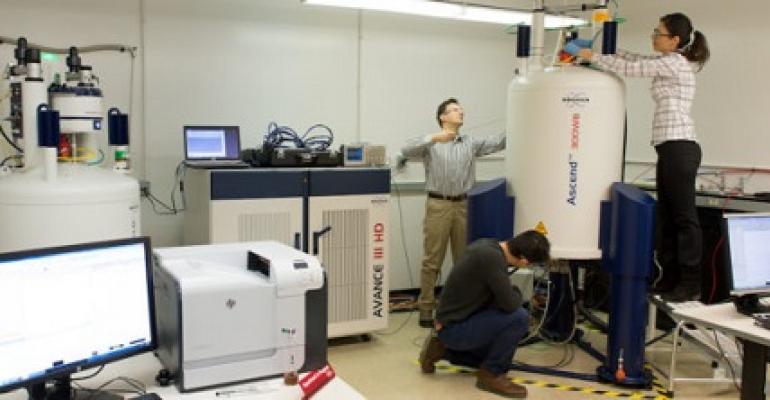 A team at the Department of Energy has discovered a material as the fastest magnesium-ion solid-state conductor, a significant breakthrough to make solid-state magnesium-ion batteries that have both high energy density and also are safe.

Magnesium batteries are one of the energy-storage chemistries in line to replace lithium-ion batteries, which are eco-unfriendly and can even be dangerous. However, to date magnesium batteries have had a number of limitations to being suitable to the task.

Commercial batteries use liquid electrolytes—the reason for the flammability in lithium-ion batteries that has resulted in fires and explosions. However, solid-state conductors—which potentially can be electrolytes—tend to be more fire resistant.

Using something like this instead of an electrolyte is a good fit for magnesium batteries, which is so new, “it doesn’t have any good liquid electrolytes,” said Gerbrand Ceder, a senior faculty scientist at the Lawrence Berkeley National Laboratory who worked on the project alongside researchers at Argonne National Laboratory and MIT. “We thought, why not leapfrog and make a solid-state electrolyte?”

Researchers identified magnesium scandium selenide spinel as the material for a new class of solid conductors that researchers said can transport magnesium at unprecedented speeds. They used a combination of computational materials, science methodologies, synthesis, and a variety of characterization techniques to identify the material, which has magnesium mobility.

Researchers published a paper about their work in the journal Nature Communications.

Key to proving that magnesium ions could move through magnesium scandium selenide spinel as rapidly as theoretical studies had predicted was conducting what are called nuclear magnetic resonance (NMR) spectroscopy experiments. This was the job of paper co-author Baris Key, a research chemist at Argonne.

He said that the tests—which were among the first experiments to prove the theoretical research—were crucial to confirm that what scientists surmised was indeed true.

“It is not often that the theory and the experiment agree closely with each other,” Key said. “The solid state NMR experiments for this chemistry were very challenging. … As we’ve shown in this study, an in-depth understanding of short- and long-range structure and ion dynamics will be the key for magnesium ion battery research.”

NMR is similar to magnetic resonance imaging (MRI), but instead of showing hydrogen atoms of water in biological substances, it is tuned to detect other elements--including the lithium or magnesium ions that are found in battery materials.

However, though the experiments proved the speed at which ions move through it, other results were inconclusive due to the unknown structure of a material with complex properties, Key said.

The team plans to do further work to use the conductor in a battery, although researchers acknowledged that it will be quite awhile before this application is ready for prime time. However, it does prove what scientists did not think was possible—that magnesium could move quickly through a solid material, they said.