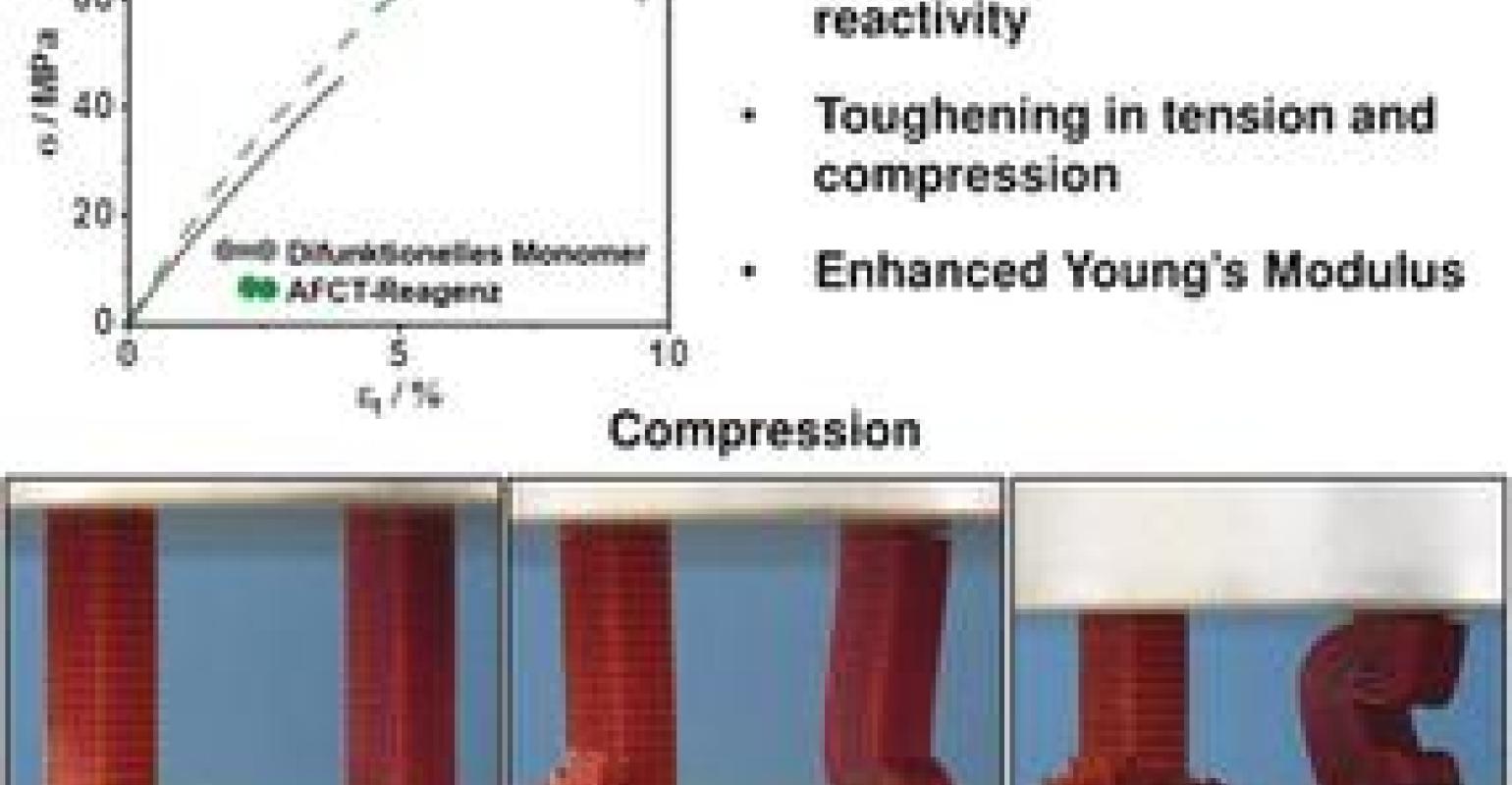 Researchers have found a solution to a longtime problem with light-curing of photo-polymers that paves the way for new uses for these materials.

In an effort to improve the process of 3D-printing polymers and fabricating better materials, researchers from the Technical University of Vienna in Austria have developed a new process for developing tailored, more rugged polymers at a high resolution. Their process involves the light-curing aspect in the development of photo-polymers in a 3D-printing process. Light-curing is usually a radical-chain polymerization that splits an initiator into radicals using light energy.

A team led by Robert Liska, a professor at the university, developed an approach for tailored production of what are called methacrylate-based photo-polymers that doesn’t inhibit the curing process—something that has been a persistent issue for these types of polymers, researchers said.

Many polymer-based coatings, such as varnishes, printing inks, and even tooth fillings, are cured with light. Yet this process, to date, has made it difficult to develop homogenous, tailored polymer networks. Instead, it resulted in brittle photo-polymer materials with limited use in applications such as 3D printing, biomedicine, and microelectronics.

Liska’s team has solved this problem by adding a different material to the mix—an ester-activated vinyl sulfonate ester (EVS). This material, which easily splits off one portion of itself, acts like a chain transfer agent in the light-curing process of methacrylate-based photopolymers.

In light curing, after the radicals are split, they then attack the monomer in the material, such as the C=C double bond in a vinyl group. This forms a new radical that becomes the starting point of a growing polymer network by attacking more monomers and binding to them.

Newer methods to better control this radical photo-polymerization—as well as the material properties of the products—tend to slow the curing process. This is not the best solution for using these materials in 3D printing, which requires a short irradiation phase to accommodate high spatial resolution and economical production times.

The process developed by the Vienna team is different than others for controlling radicals in photo-polymers, as it does not inhibit the curing process, researchers said. They noted that EVS is key to this because of how it works in the radicalization process.

If the growing polymer network attacks EVS instead of the next monomer, an intermediate forms and quickly splits apart to form a terminated polymer chain in the network. It also creates what’s called a highly reactive radical (tosyl radical), which starts a new chain reaction, researchers said. The team published a paper on its work in the journal Angewandte Chemie.

The more EVS is added to the material, the shorter the average chain length in the polymer network. Shorter polymer chains remain mobile longer. This means that the process greatly reduces the danger of shrinkage cracks during curing, improving the resolution of the material. Moreover, the polymerization is not inhibited because there are no stable intermediates or reversible reaction steps involved, researchers said.

In the paper, researchers describe how they prepared a scaffold-like sample structure using a methacrylate copolymer, reporting that the resulting material is homogenous and solid, but still elastic and impact-resistant with a high tensile strength. It’s also possible to change the properties of the material to adjust the amount of EVS added. For instance, the material becomes far less brittle once EVS is added, researchers said.

The team believes that its approach paves the way for the ability to use 3D-printed photo-polymers for various applications for which they weren’t well-suited before. Some of those include opportunities in biomedicine, such as shape-memory polymers for tissue growth and tooth fillings, researchers said.