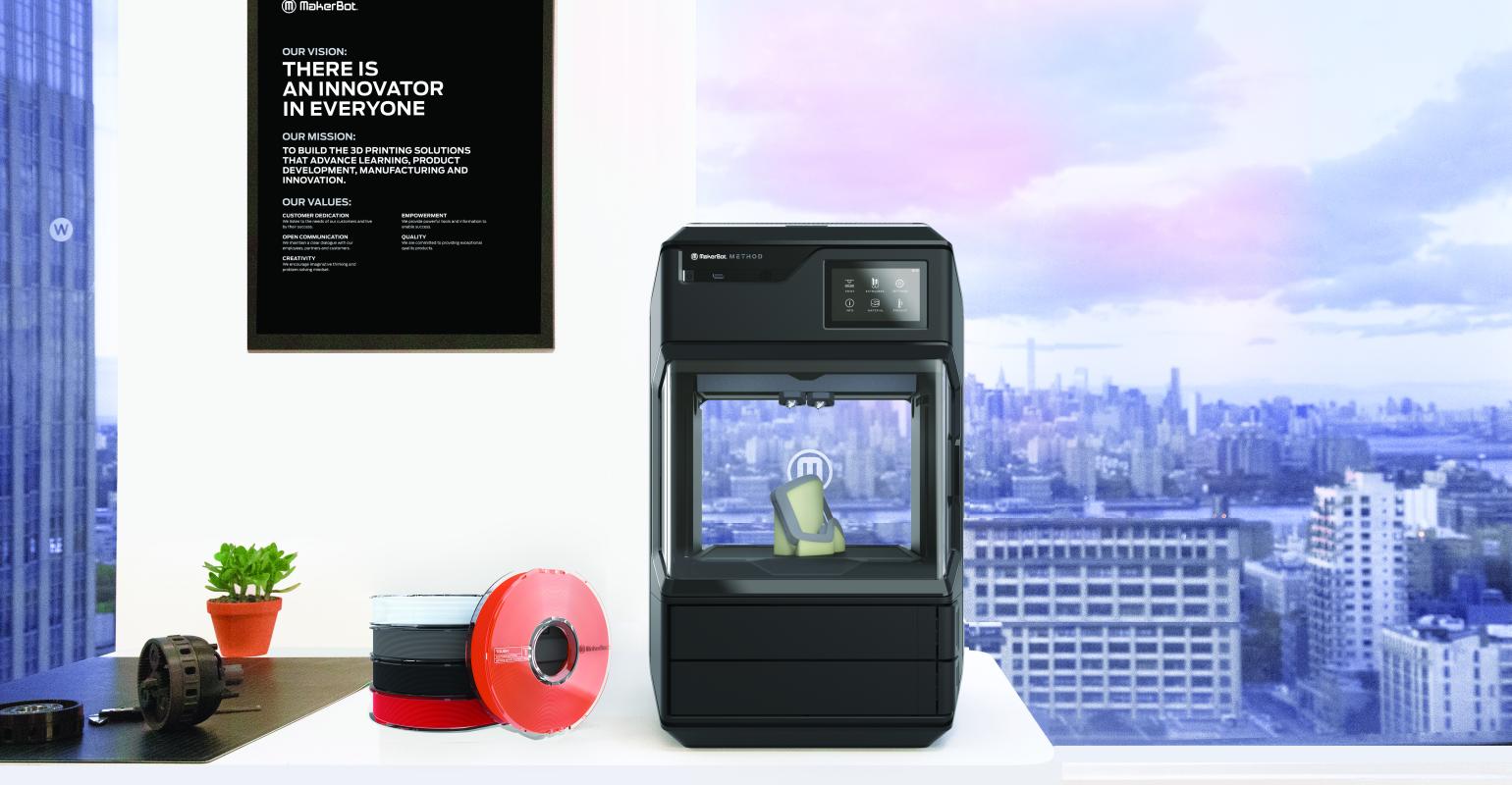 The Method 3D printer is designed for engineering jobs that sit in the middle between hobbyist and industrial grade.

MakerBot is calling its new 3D printer, Method, a “performance 3D printer.” It is targeted at engineers and designers who don't need something as extensive (or costly) as an industrial 3D printer, but require more functionality and accuracy than what's provided by the desktop 3D printers available today in retail outlets.

“Current desktop 3D printers derive their DNA from hobbyist 3D printers and are insufficient for many applications in the professional segment,” Nadav Goshen, MakerBot CEO, said in a press statement. “We believe that Method is the next step in helping organizations adopt 3D printing at a larger scale. Method provides a breakthrough in 3D printing that enables industrial designers and mechanical engineers to innovate faster and become more agile. It is built for professionals who need immediate access to a 3D printer that can deliver industrial performance to accelerate their design cycles.”

In essence, MakerBot wants Method to make industrial-quality 3D printing more accessible. According to company specs, Method is capable of producing parts with ± 0.2 mm dimensional accuracy (or ± 0.002 mm per mm of travel, whichever is greater) that are repeatable and have vertical layer uniformity and cylindricity. The printer features a dual performance extrusion system with a 19:1 gear ratio that provides up to three times the push force of a typical desktop 3D printer. It also features a longer thermal core than a standard desktop 3D printer to enable faster and smoother extrusion at higher movement speeds.

Method also has a circulating heated chamber that provides full active heat immersion for the duration of the print, allowing for temperature and quality control at every layer. MakerBot said this facilitates a controlled rate of cooling, allowing for higher dimensional accuracy as well as improved layer adhesion and part strength.

Method relies on a series of specialty-made materials provided by MakerBot for its performance. MakerBot's line of precision materials come in three varieties: Tough, for printing high-strength, durable prototypes and fixtures with more impact strength than ABS; PLA, for early stage development and conceptualization applications; and a water-soluble PVA for printing supports that are easily removed without distorting or damaging the part. MakerBot said it is also planning on rolling out a series of specialty materials for Method. The first of these is PETG, a polymer that is growing in popularity in 3D printing circles for its balance of flexibility and durability.

MakerBot is currently taking pre-orders on Method and is expected to ship units beginning in the first quarter of 2019. As its function would imply, the unit retails for $6,499—somewhere between a desktop and industrial 3D printer.