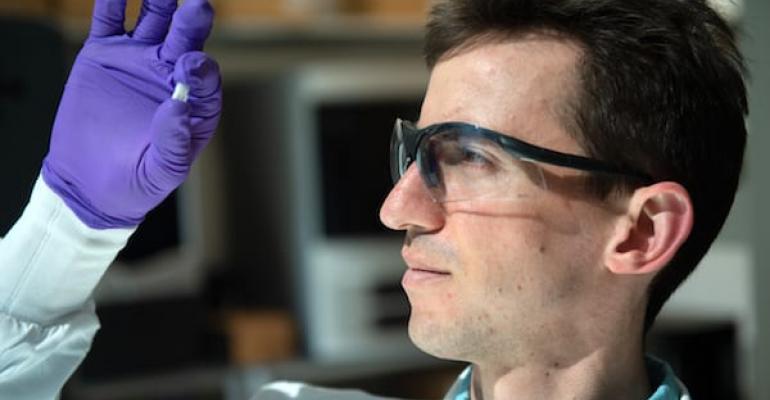 Researchers have achieved new structures that can mimic the seamless interconnection of bone and cartilage needed to repair serious sports-related injuries.

3D bioprinting already has come a long way, with researchers across the globe successfully printing live human tissue and complex circulatory systems for creating artificial skin and even organs.

Now a team of engineers from Rice University and the University of Maryland has advanced another goal of this research by 3D-printing a new multimaterial structure that replicate the same characteristics as tissue needed to heal bone and cartilage that’s torn or weakened in sports-related injuries.

The team developed new engineering scaffolds that mimic what’s called osetochondral tissue—the hard bone beneath a compressible layer of cartilage that appears as the smooth surface on the ends of long bones.

When these bones are injured in ways that create cracks or pieces that break off, athletes once on their way to promising careers can see their entire potential blown in a single injury, said Rice University bioengineering graduate student Sean Bittner, who worked on the project. The injuries also can result in life-long, painful arthritis.

“Athletes are disproportionately affected by these injuries, but they can affect everybody,” he said.

Researchers have now created what he calls “a powerful tool to help people with common sports injuries” with a proof-of-concept of printed structures that can mimic a key aspect of joints that are commonly injured—the gradual transition from smooth, compressible cartilage to hard bone at the end of long bones, Bittner said.

The team used multiple materials to achieve 3D printing fabrication of their design. They used custom mixtures of a polymer as the replacement for chondral tissue, or cartilage, and ceramic to mimic osteo material, or bone. The scaffolds have pores within them into which a patient’s own cells and blood vessels can be loaded so they eventually become a seamless part of the implant, researchers said.

“For the most part, the composition will be the same from patient to patient,” Bittner explained. “There’s porosity included so vasculature can grow in from the native bone. We don’t have to fabricate the blood vessels ourselves.”

The team plans to continue its work to move beyond a mere proof of concept. The next step is to optimize printing for an implant that can custom-fit a patient and allows for a porous implant that can grow into and interweave itself with the bone and cartilage, Bittner said.