Researchers Are Looking For Ways To Make VR Less Painful 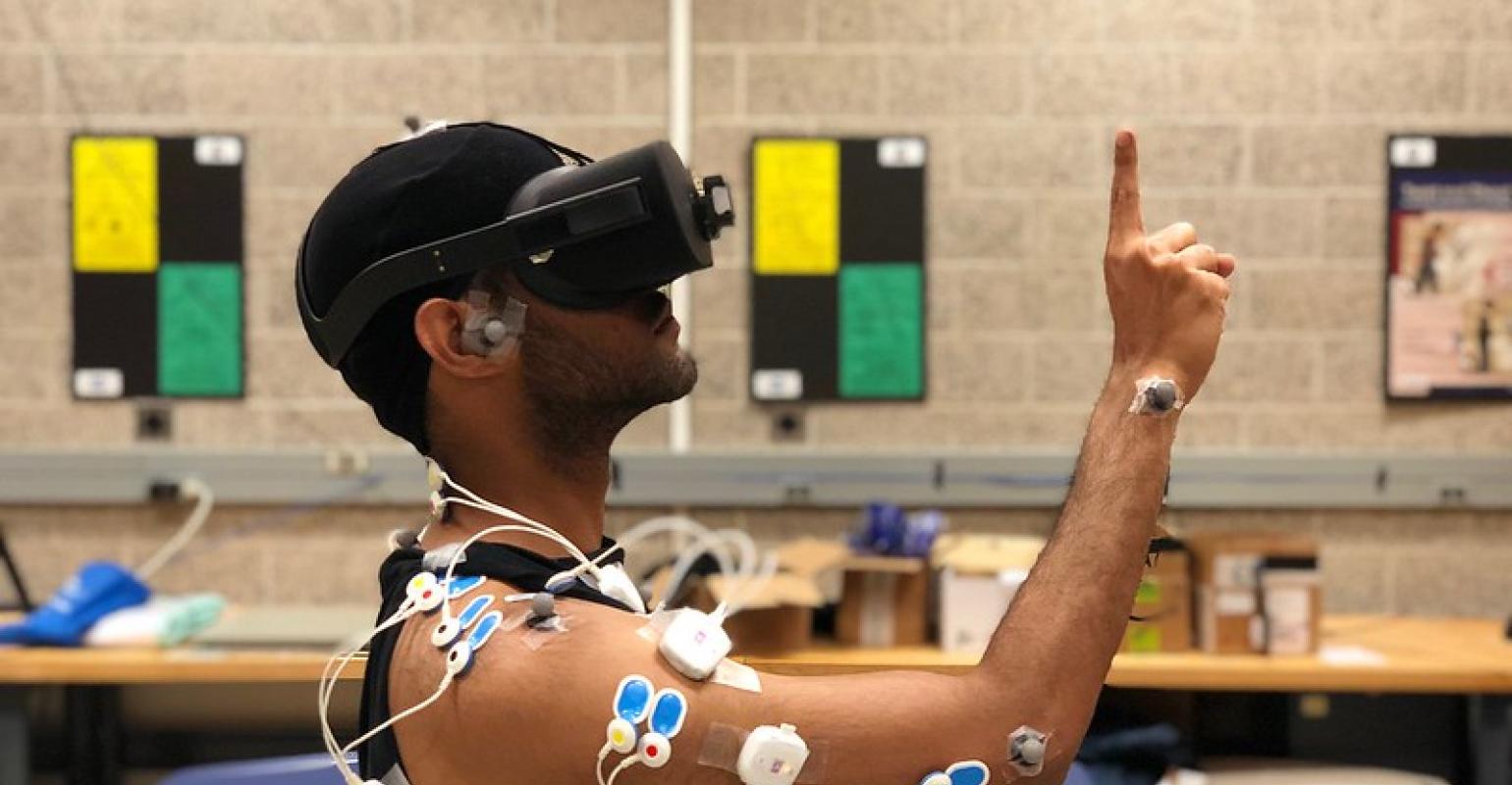 A new study examines how developers can make VR and AR a more comfortable experience.

Can the physical risk of using VR be reduced or eliminated altogether?

Ask anyone who has used VR for a prolonged period of time and they'll tell you a big issue with a lot of VR hardware is comfort level. Bulky headsets and controllers with no ergonomic design can turn a fun immersive experience into a literal pain in no time. This becomes a big concern, not only to developers who want their hardware and software to be used for extended periods, but for users themselves who risk long term injury and health complications ranging from musculoskeletal issues to more commonly reported issues such as eye strain, nausea, and motion sickness.

Hardware developers have put a premium on ensuring comfort with their latest generation headsets, using techniques ranging from better balancing of internal components to using lighter-weight materials. But while other industries have guidelines and standards to fall back on, nothing of the sort exists for virtual and augmented reality.

Researchers from Oregon State University (OSU) and Northern Illinois University have been examining how common movements done in VR are contributing to muscle strain and discomfort in users. Their goal is to establish baselines for optimal object placement and angles in virtual environments so that developers can design games and other applications that cause minimum discomfort in users.

The results of their work are published in a recent study in the journal Applied Ergonomics.

“In computer users, the relationship between awkward postures or repeated movements and musculoskeletal disorders is well known, researcher Jay Kim of OSU’s College of Public Health and Human Sciences, said in a press statement. “We wanted to see how the VR compares to conventional computer-human interactions...We wanted to evaluate the effects of the target distances, locations, and sizes so we can better design these interfaces to reduce the risk for potential musculoskeletal injuries.”

According to Kim it can take as little as three minutes for shoulder discomfort to occur as a result of having to extend your arm straight out, as in many VR applications. He said that prolonged use of VR can lead to a range of problems from gorilla arm syndrome, to rotator cuff injuries, to neck strain and cervical spine damage.

For their study, Kim and his team focused primarily on neck and shoulder movements. The researchers had participants wearing Oculus Rift headsets perform tasks that involved them pointing to specific dots around a circle, or coloring in a designated area with their fingers. The participants' movements were monitored using motion capture cameras. They were also outfitted with sensors measure electrical activity in their muscles.

“This result indicates that excessive vertical target locations should be avoided to reduce musculoskeletal discomfort and injury risks during VR interactions,” the study reads. “Based on relatively lower biomechanical exposures and trade-off between neck and shoulder postures, vertical target location between eye height and 15-degrees below eye height could be recommended for VR use.”

“Based on this study, we recommend that objects that are being interacted with more often should be closer to the body,” Kim said. “And objects should be located at eye level, rather than up and down.”

Kim said research like this is going to become increasingly important as VR and AR technologies proliferate into more and more industries. While entertainment remains VR's largest use case – and the biggest area of concern in terms of safety and discomfort – more and more enterprise deployments of VR in areas such as industrial and medical training as well as in intricate applications such as virtual prototyping and design mean that VR-related injuries could quickly transition into a workplace hazard.

Data released by Statista forecasts the number of active VR users worldwide to be around 171 million as of 2018.

Kim and his team hope their work can help avoid the same mistakes that occurred as personal computers became more mainstream in the 80s and 90s, where a lack of awareness lead to a variety of health issues such as carpal tunnel syndrome and vision issues. “ With VR, we'd like to learn now rather than later,” he said.