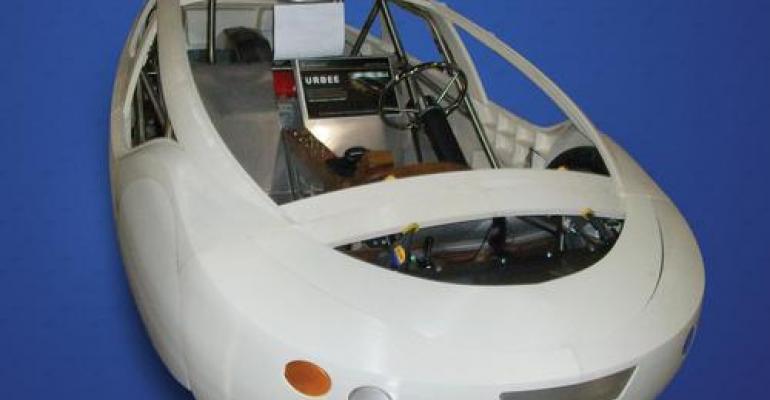 The development of new materials is opening the door for expanded applications using the additive manufacturing process.

"Materials are the drivers for growth, always have been," says Todd Grimm, an additive industry veteran and consultant. "Speed and quality are meaningless if material properties can't satisfy an application's needs, so it is great to see that material development has picked up pace, and that it has opened doors to new applications."

An example recently on display at Rapid 2011 in Minneapolis was the two-passenger Urbee, the first automobile body prototype produced with a 3D printer. A product development team from KOR EcoLogic 3D printed a one-sixth scale model of the Urbee using two Stratasys machines. The process was designed to use the least amount of energy possible. 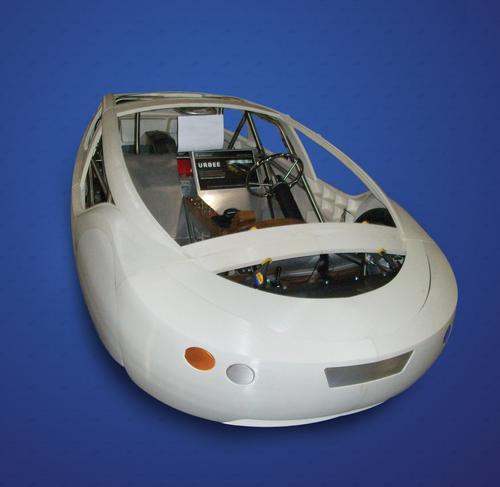 One option for building the prototype body panels was using glass fiber-reinforced plastic. This would have involved manufacturing a 1:1 scale plug for each body panel -- first creating a strong framework of wood or medium-density fiber and then covering it with dense foam that could be hand carved into shape. Alternatively, the plug could be carved using a CNC milling machine to produce a more precise surface.

A mold would then have to be made, and layers of fiberglass and resin would have to be placed on to the surface until it maintained its shape. Once the part was cured, the component would be separated from the mold.

"This is a long, labor-intensive process," says Blaine McFarlane, one of KOR EcoLogic's engineers. He estimates building all the body panels from FRP would have taken eight to 10 months of steady work by two people. Using CNC machines would have cut the time, but the process still would have taken three months.

"A fiberglass body would have taken a long time," says Jim Kor, president and senior designer for KOR EcoLogic. "In addition, we would have had to deal with draft, or the ability of the part to come out of the mold."

After meeting with engineers at Stratasys, Mr. Kor felt that all exterior components could be created using Dimension 3D Printers and Fortus 3D Production Systems at RedEye On Demand.

Kor and his colleagues transformed the scanned computer model of the car into 10 body panels, first creating a one-sixth scale model to verify the exact fit of the individual parts. This gave the team the confidence that the large panels would be trouble-free.

The full-scale door and side panels were completed first. "These were big panels," Kor says. "The parts fit together perfectly. Just to make the first car was quite an achievement. With our second prototype, we will design to the Stratasys printer capabilities. We want to exploit the full capacity of the machines."