The Generative Design: From Clunky Computers to Infinite Possibilities 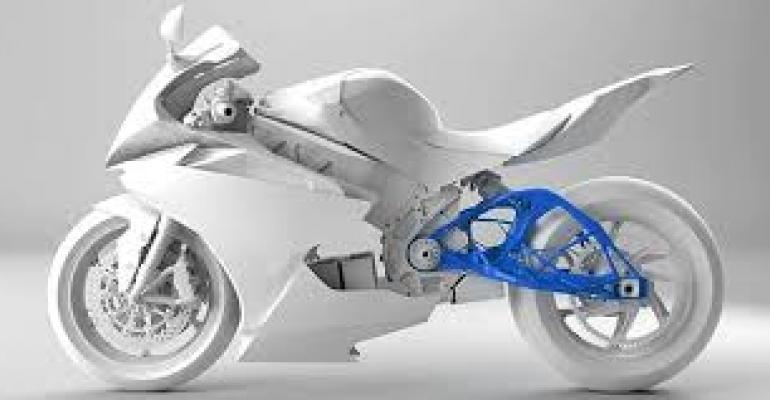 Keith Meintjes offers the real story behind generative design, from the early days at GM in the 1980s through today’s design beyond prototypes.

Generative design has progressed from the early days in the 1980s when the process required someone with a PhD in finite elements. Now, generative design can produce infinite varieties of product shapes while also offering optimal designs for a hotel or aerospace plant. “Generative design can look at an almost infinite number of designs to make some sense and find the nugget in the results,” Keith Meintjes, Ph.D., fellow & executive consultant at CIMdata told Design News. “That’s a huge promise for this technology.”

The Beginnings of Generative Design

Meintjes was involved in generative design back in the 1980s when he worked for General Motors. “If you go back to the late 1980s, someone at MSC Nastran adopted the idea that you could look at the linear finite element equations and make a matrix for the derivatives that would show the direction the design should take,” said Meintjes. “That process would show what would happen if you moved the shape around. That became what is now known as shape optimization.”

Most of generative design in the 1980s was used to optimize the required density of a part. “If it’s carrying more load you increase the density. If it is carrying less load, you can make it with less density. In essence, you take away material that isn’t carrying the load,” said Meintjes. “That’s where GM Powertrain got involved. We were making cast metal parts and the system became extremely useful for designing ‘chunky’ 3-dimensional cast parts.”

The Limitations of Early Generative Design

The use for generative design was limited in those days. “When the software came out, it was difficult to use,” said Meintjes. “Very often it yielded designs you could not make. You couldn’t machine it. Maybe you could cast it, but not in high volume. So there wasn’t really good adoption.”

The software improved when Altair came on the scene, but there were still inherent limitations.  “Altair got involved with the University of Michigan. One of the students from U of M, Jeff Brennan, who is now a VP at Altair, helped with OptiStruct, which was Altair’s flagship for optimization,” said Meintjes. “But the computers were too slow, the software was hard to use, and you couldn’t manufacture the parts.”

As the decades passed, computers gained strength, and 3D printing began to offer manufacturing alternatives. “It took the evolution of 3D printing to renew interest in the field. Now you can design the part and the software is tailored to the manufacturing process,” said Meintjes. “You can do pieces made out of sheet metal, increase the stiffness of the sheet metal, or manage the natural vibration frequencies. You can have the software follow constraints on how you can die cast the part or do 3D printing.”

The cost of generative design also came down significantly. For one, the user no longer had to hold a doctorate in finite elements in order to run the software. “Now that the computers are fast enough, it’s cheap and easy to evaluate a change in the part. You’re using brute force on the computer to change it and see what happens,” said Meintjes. “You have the capability to review thousands and thousands of shapes. You add on to that the maturity of AI and data analytics, where people are used to the idea of using AI to find trends in masses of data that humans can’t understand in a reasonable amount of time.”

The evolution of generative design has elevated the technology. Engineers are beginning to recognize that it profoundly alters the design process. “It really turns the design process on its head. In the past, if you had an idea for a design or a product, the only option was to make a prototype and see if it works,” said Meintjes. “With generative design, you can add the requirements and go to complete design as opposed to establishing some design and trying it out. That’s revolutionary.”