What does every engineer want for the holidays? 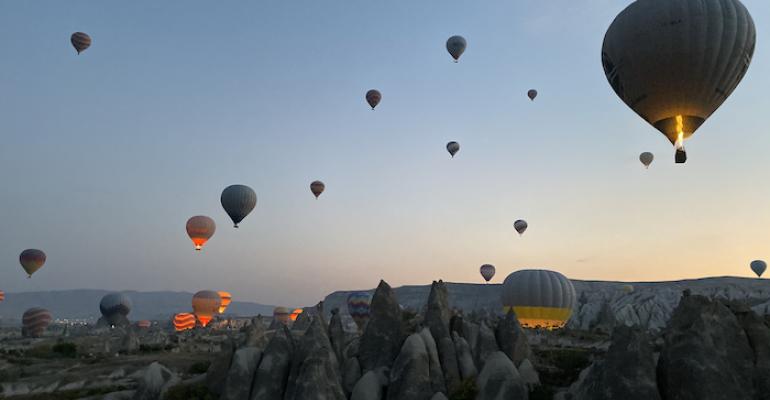 Skip the presents and go for the (engineering) experience.

During the holiday season, one tends to think of presents. But today’s designers, manufacturers and sellers tell us the product is but a commodity and what we really want is the experience.

Reading is an experience unlike no other in that it can be done by any literate person at almost any time and in any place. Here is a very short list of science and engineering related books released in 2019:

> Infinite Powers: The Story of Calculus – The Language of the Universe, by Steven Strogatz (Atlantic Books)

This is the story of mathematics’ greatest ever idea: calculus. Without it, there would be no computers, no microwave ovens, no GPS, and no space travel. But before it gave modern man almost infinite powers, calculus was behind centuries of controversy, competition, and even death.

Professor Steven Strogatz charts the development of this seminal achievement from the days of Archimedes to today’s breakthroughs in chaos theory and artificial intelligence. Filled with idiosyncratic characters from Pythagoras to Fourier, Infinite Powers is a compelling human drama that reveals the legacy of calculus on nearly every aspect of modern civilization, including science, politics, medicine, philosophy, and much besides.

> Six Impossible Things: The ‘Quanta of Solace’ and the Mysteries of the Subatomic World, by John Gribbin (Icon Books Ltd.)

All of this was clear by the end of the 1920s. But to the great distress of many physicists, let alone ordinary mortals, nobody has ever been able to come up with a common sense explanation of what is going on. Physicists have sought ‘quanta of solace’ in a variety of more or less convincing interpretations. Popular science master John Gribbin takes us on a tour through the ‘big six’, from the Copenhagen interpretation via the pilot wave and many worlds approaches.

> Hacking Darwin: Genetic Engineering and the Future of Humanity by Jamie Metzl (Sourcebooks)

At the dawn of the genetics revolution, our DNA is becoming as readable, writable, and hackable as our information technology. But as humanity starts retooling our own genetic code, the choices we make today will be the difference between realizing breathtaking advances in human well-being and descending into a dangerous and potentially deadly genetic arms race.

Enter the laboratories where scientists are turning science fiction into reality. Look towards a future where our deepest beliefs, morals, religions, and politics are challenged like never before and the very essence of what it means to be human is at play. When we can engineer our future children, massively extend our lifespans, build life from scratch, and recreate the plant and animal world, should we?

All engineers need to stay current in their own discipline as well as learn new skills. What better way to accomplish that goal that with an uber-focused bootcamp.

This 12-week immersive coding school provides software engineering education, career placement services, and a network of professional peers. The school has campuses in major US cities as well as an online. During the first six weeks at Hack Reactor, students learn the fundamentals of development, full stack JavaScript and are introduced to developer tools and technologies. In the final six weeks, students work on personal and group projects, using the skills they have learned. After 800+ hours of curriculum, students graduate as full-stack software engineers and JavaScript programmers.

Tired of playing Minecraft, Tetris and other teckie games? Add these new challenges to a virtual stocking stuffers.

Scrap Mechanic is a multiplayer sandbox game which drops players right into a world where they literally engineer your own adventures! Players choose from the 100+ building parts at their disposal and create anything from crazy transforming vehicles to a house that moves.

Automachef is an indie puzzle game in which players have to build automatic kitchens for a robotic fast food tycoon who believes he's a human. Sounds good, doesn't it?

Factorio is a game in which you build and maintain factories. Players will mine resources, research technologies, build infrastructures, automate production and fighte enemies. Players must use their imagination to design your factory, combine simple elements into ingenious structures, apply management skills to keep it working, and protect it from the creatures who don’t like them.

An escape room is a game in which a team of players cooperatively discover clues, solve puzzles, and accomplish tasks in one or more rooms in order to progress and accomplish a specific goal in a limited amount of time. The goal is often to escape from the site of the game.

While such escape rooms have become popular in recent years, few tend be filled with puzzles that are based on engineering or science. One that fits the latter categories is called

LabEscape, created by University of Illinois physicist. There are 3 separate missions, each dealing with renowned quantum physicist Professor Schrödenberg. Each mission features a unique set of awesome puzzles and challenges, all designed to amaze, delight, and astound!

Another example is the recently opened Mind-Field Escapes. “All Clear” is an engineering-focused mission that takes place in a bomb shelter. The scenario is as follows: It’s been four years and the shelling has stop. Now it’s time for the surviors to come out. Unfortunately, someone fed several of the instruction manual to the rats, which means no one really remembers how everything works. All Clear has electrical, mechanical, pneumatic, hydraulics puzzles and more. It’s fun for any engineer. Other engineering focused future missions will include Mr Harvey’s Room and Dr. K. L. Koff’s lab.

Ever wonder about the radio telescope buried deep in the jungles of Puerto Rico, which has served as a backdrop for TV shows and movies like the X-Files and James Bond, among others. Then maybe a trip to Arecibo is in order.

The B Reactor National Historic Landmark is the world's first full-scale plutonium production reactor and part of the Manhattan Project National Historical Park. Sign up for a tour and learn more about the people, events, science, and engineering that led to the creation of the atomic bombs that helped bring an end to World War II.

In 2019, NASA finished refurbishing the iconic room where space exploration began. In honor of the 50th anniversary of the Apollo 11 mission to the Moon, the Agency has refurbished the historic mission control center at Johnson Space Center in Houston, where engineers guided astronauts to their one small step.

VI. Movies for the engineer in all of us

Engineers and scientist like a variety of movies and TV shows, especially those that have cool technology or a science fiction theme. Here are three that made the list in 2019.

Engineering failures are Icarus-like moments when our overreaching, greed and desire to conquer the impossible can cost not just reputations, but millions of dollars, the environment and lives. Each episode will focus on one disaster, looking at dramatic archive news footage of the disaster occurring and its devastating impact. Check out a few of the recent episode titles: The Chernobyl Conspiracy, NASA’s Challenger Disaster, Doom on the Titanic, and Nightmare in Hell’s Valley.

Whether you are a Marvel fan or not, Endgame presents some pretty cool tech – from Tony Stark’s Ironman suit, Antman’s quantum adventures to the time-traveling machine.

The Current War is the latest film to retell the major events of the decade-long battle between Thomas Edison, George Westinghouse and Nikola Tesla to bring electricity to America of the late 1800’s. This current retelling focuses on the personality differences between these great inventors and entrepreneurs but includes enough technical bits to ensure the film’s interest for electrical, mechanical and manufacturing engineers. It is well worth the price of admission.