The virtual event began with a telepresence robot emerging from around a hallway to greet virtual viewers waiting in the lobby of TRI’s Los Altos facility. A 2D, full-body projection of the CEO was displayed in the tall robot.

TRI’s telepresence robot, the T-TR1, was introduced in the middle of last year. It was one of several different types of robots designed to help people virtually experience attendance at the Olympic and Paralympic games originally scheduled for Tokyo in 2020. The games are now planned for Sep 2021.

The T-TR1 is a virtual mobility, telepresence robot equipped with a 360-degree camera atop a large, near-life-size display. By projecting an image of a user from a remote location, the robot helps that person feel more physically present at the robot's location. 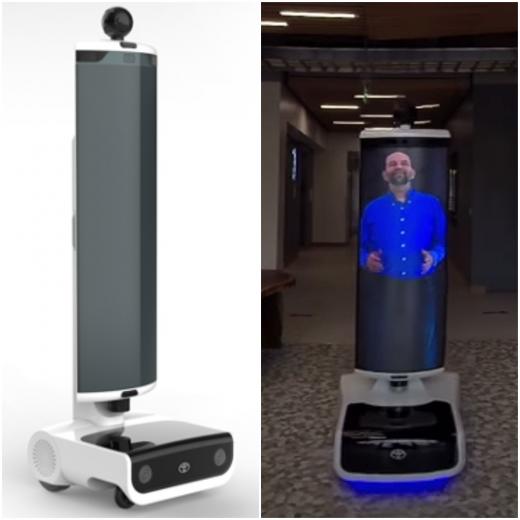