Boosting Engineering Productivity with the Multiphysics Approach to Simulation 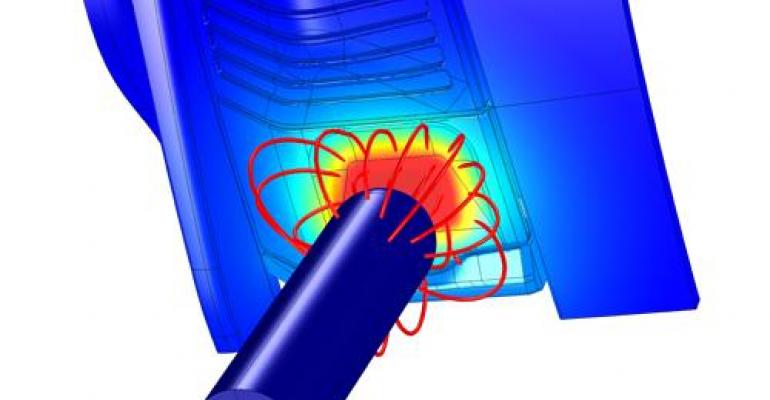 For much of the history of engineering, the product development process has relied heavily on trial and error testing -- where engineers would fabricate a design, build prototypes, test the prototypes, make improvements to the design, build more prototypes, and on and on until a product was finalized. But even though a design could go through dozens -- or even hundreds -- of time-consuming iterations, there was still no way to know for certain if the final product had truly been optimized to perform at its peak efficiency.

Computer simulation revolutionized the design process by demonstrating how a device would function under a certain physical stress. This new analysis capability allowed engineers to make modifications to their designs right on the computer, reducing the number of steps between concept and completed product. However, a significant drawback still remained -- the software used could only tackle one physics problem at a time.

You could perform a heat transfer or an electromagnetic simulation separately, for example, but not do both analyses simultaneously. This meant that it was back to trial-and-error testing to determine how different physics problems would couple in the real world to affect the product. 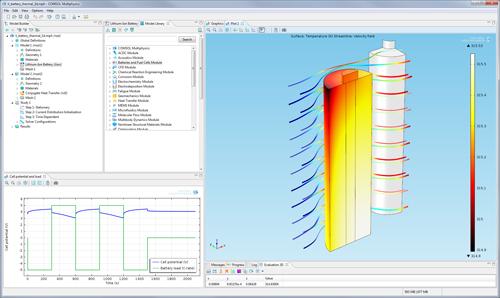 In order to achieve true virtual prototyping, engineers needed to be able to accurately predict the behavior of a design under realistic operating conditions, when several physics problems interact. In the last decade, as ever-faster computer hardware spurred software innovations, a new multidisciplinary approach emerged: multiphysics simulation. This approach replaced the artificial segregation of different physics with a single, unified simulation environment that replicates the real behavior of natural systems.

Unlike any previous approach, multiphysics analysis allows engineers to simulate the way physics influence one another in the real world. With the multiphysics approach, engineers are now able to predict how a product will hold up when performing its intended function, prior to the construction of prototypes. And with the ability to quickly and accurately test thousands of design alternatives, engineers can be certain that their product has been optimized.

Design teams collaborate effectively with the multiphysics approach
Multiphysics simulation can be employed in a wide variety of application areas, and can facilitate multidisciplinary collaboration across numerous design teams. This ability to enable collaboration is crucial to the success of the simulation process, since it allows a single model to be concurrently verified and optimized for multiple physics effects by several design teams.

Consider, for example, the physics problems that must be taken into account when modeling a Li-ion battery. Electrochemical engineering would be an essential analysis, given the nature of the object. However, understanding how additional physics calculations would affect the battery would be vitally important, as well. How could thermal runaway be prevented, and a long battery-life ensured?

If an air-cooled device were designed, analyses such as fluid-structure interactions would be important as well, in addition to modeling the electrochemical processes affecting the electrodes and electrolyte.