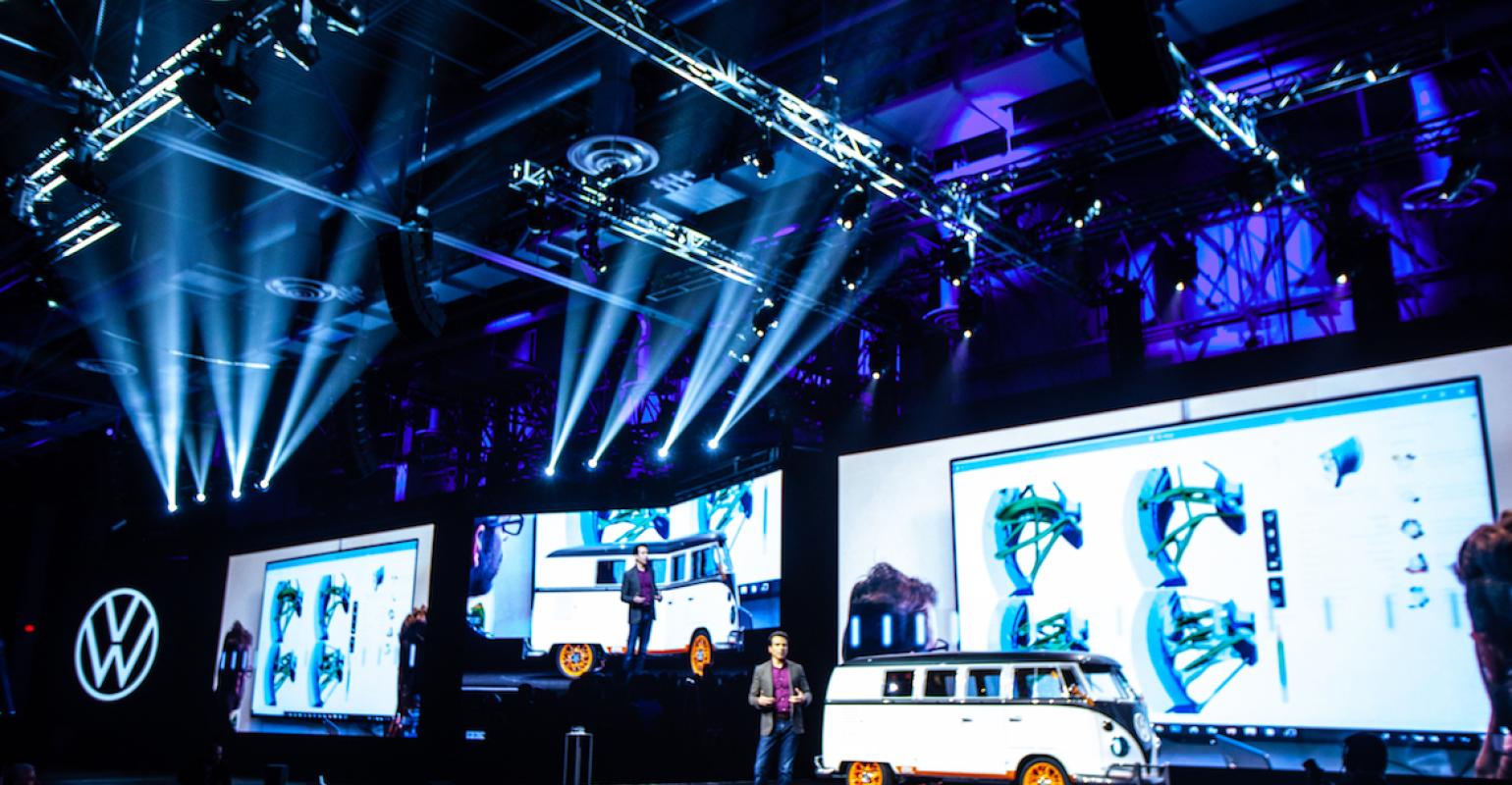 A new wave ot technology is coming out of the world of design software, from embedded PLM and gaming engines to automated construction and environmental improvements.

At Autodesk University in Las Vegas this week, company executives introduced a number of concepts that reveal just how far technology is progressing. This includes bringing gaming software into design tools or using these tools to improve the environment. During a meeting with journalists on Tuesday, Autodesk president and CEO Andrew Anagnost and a handful of his senior executives explained the near future of design technology.

Rather than simply presenting classes that teach new software, Autodesk is beginning to use game software to entice users into adopting advanced tools. “We’re bringing gaming tools into our software to engage with our highly skilled users. It’s a positive attention grabber. It drags you into something you really want to accomplish,” said Anagnost. “It guides you to choose this new path, and if you do, you’ll quickly get better at the new tools.”

Rather than incrementally improving existing tools, Autodesk aims to bring these tools to its users by making it fun. “Our users ask us to improve features on the tools they already know. We want to take people into areas they don’t know so they don’t have to go off somewhere else to learn, so they can learn while doing what they’re already doing,” said Anagnost. “It’s a gaming engine. Eventually it will be everywhere our applications are. It will also assess how well our users are doing. We think there’s massive value there. People are going to get more and more technology in front of them, and they need guides to what tech is best for them to use.

The concept it to mimic the unstructured way users learn new tools, by accident and buy having fun. “With this gaming software, we realize that most of us discover new ways of doing things by accident,” said Lisa Campbell, CMO of Autodesk. “We want to make it deliberate, so you can learn the skill while doing your job.”

Construction is one of the last industries to adopt advanced software tools. That’s about to change. There’s a quiet-but-steady move toward bringing automation to construction. “People are trying to do stand-up automation at the construction sites. In 10 years, we’re going to see plenty of these stand-up factories,” said Anagnost. “The biggest thing that is restricting this is regulations. The technology is moving faster than those regulations. It’s not like they’re trying to hold us back.”

Anagnost noted that Autodesk is already pushing to help construction companies shift away from age-old practices. “We’re working on the policy side as well as the relations with unions,” said Anagnost. “That’s where the heavy lifting will be in moving automation to the construction site.”

Some of those construction processes are already changing. This is reflected in a Marriott hotel going up in a tight spot in Midtown Manhattan. The hotel is getting put together in modules that are manufactured offsite and brought to Midtown by boat, then put together like large Lego pieces. “At some point we will get into a model where the modular work is done close to the site. Right now they’re bringing these things in by boat – which in itself is an efficient way to move modular items,” said Anagnost. “But the modular manufacturing will move closer to the sites as modular building factories become more common. What we don’t want to do is create buildings based on modules that need to fit on a railway car.”

PLM doesn’t matter in a world of multiple digital tools

As digital tools get adopted and used in manufacturing processes, the need for PLM will diminish. The data created and collected by the tools will fill PLM needs. “PLM doesn’t matter as much in this new digital world. Once you build the right data model, the concept of PLM falls behind,” said Anagnost. “Basically, we’re already including PLM when we build the data layer that fits underneath in Autodesk. That’s the beauty of the cloud. It contains all of your processes, so you don’t need another layer of data.”

Part of the diminishing need for PLM is that the new tools free up design to move in unexpected directions. “Traditional PLM was sold to solve data problems, but it has became a bureaucracy,” said Scott Bordun, CTO of Autodesk. “It was there to help you enforce your rules. Now we’re trying to break restrictions. In many ways, the construction side of the world is more open to the idea of cloud and data. They’re going to skip a whole generation of technology.”

These tools improve the environment

Much of the new way of doing business and creating products has intrinsic value environmentally. “Our solutions impact the environment. Construction is responsible for 30% to 40% of the materials in landfill. The more you can automate construction, the more you can reduce that waste,” said Anagnost. “We believe you can eliminate at least 30% of construction waste through better planning and better modeling. Just the act of modeling reduces waste.”

Generative design will take on a larger and larger role

Part of the value of generative design is the ability to see multiple iterations of an object – or even a plant – in a very short period with little cost. “In generative design, you’ve see a ton of examples for solving problems. You can consolidate eight parts into one part. That’s great for folks who are applying generative design to their products,” said Scott Reese, SVP for manufacturing, cloud, and production at Autodesk. “The challenge is gaining awareness of generative design. In order to make people more familiar with it, we are making it free until the end of the year.”