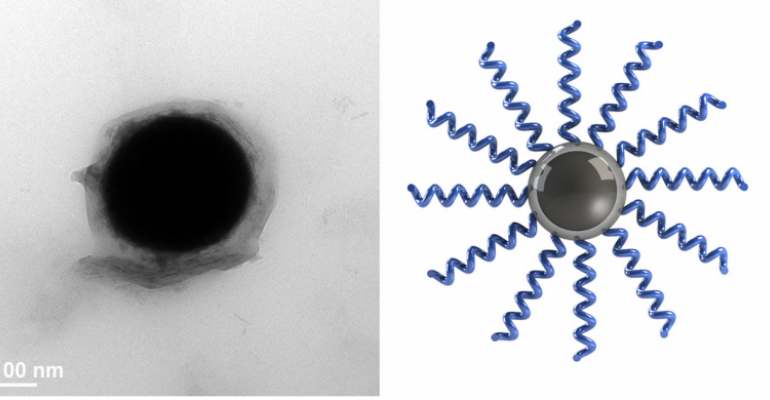 A team at Carnegie Mellon University has developed a unique process to create new polymer composites they believe will be well-suited for soft robotics, new electronic devices.

Researchers are always searching for new, flexible materials for the next generation of soft robots and electronic devices, including novel medical devices.

Now a team of chemists and engineers at Carnegie Mellon University has developed a process to create a new class of stretchable polymer composites with enhanced electrical and thermal properties that they believe will be well-suited for these applications.

The new work—led by Carmel Majidi, a professor of Mechanical Engineering at Carnegie Mellon and director of the Soft Machines Lab—has at its core a metal alloy that is liquid at ambient temperatures, eutectic gallium indium. The research hinges on turning this material into an elastomer to create a soft, highly stretchable, and multi-functional composite with high level of thermal stability and electrical conductivity.

In past work, Majidi already developed rubber composites that used nanoscopic droplets of liquid metal, but with mixed results. While the materials had promise, the mechanical method used to mix the composite’s components created materials with inconsistent properties, he said.

For the new research, Majidi called upon colleague Krzysztof Matyjaszewski, a professor of natural sciences and polymer chemist at Carnegie Mellon, to aid him in polymerizing his composite material.

“New materials are only effective if they are reliable,” he said of the technique. “You need to know that your material will work the same way every time before you can make it into a commercial product.”

Indeed, his is what ATRP can do, resulting in materials that have consistent, reliable structures and unique properties, he said. Working together, Matyjaszewski and Majidi used ATRP to attach monomer brushes to the surface nanodroplets of eutectic gallium indium. These brushes linked together to form strong bonds to the droplets, resulting in dispersing the liquid metal evenly throughout the elastomer, researchers said.

This allowed Majidi to achieve his result with the new composites—a material with properties of high elasticity and high thermal conductivity, he said. Researchers published a paper on their work in the journal Nature Nanotechnology.

The team also learned something new through their research that they and other materials scientists can bring to work going forward. Researchers noticed that polymer grafting seemed to suppress the crystallization temperature of the metal alloy from 15 C  to  -80 C, which extended its liquid phase ­and properties down to very low temperatures.

“We can now suspend liquid metal in virtually any polymer or copolymer in order to tailor their material properties and enhance their performance,” Majidi observed. “This has not been done before. It opens the door to future materials discovery.”