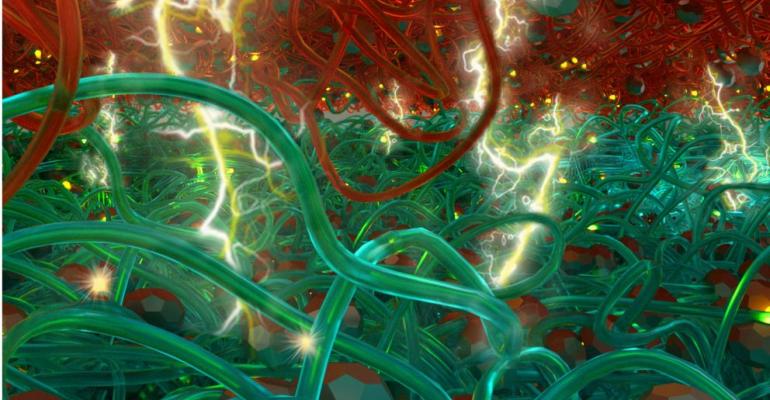 A new fabrication method for plastic solar cells makes possible the manufacturing of these types of cells with efficiency and that’s on par with typical silicon modules.

Researchers have developed a new fabrication method for plastic solar cells that make possible the manufacturing of these types of cells with efficiency and performance that’s on par with typical silicon modules.

A cross-disciplinary team of physicists from North Carolina State University (NC State) and chemists from the University of North Carolina at Chapel Hill have developed a new strategy for fabricating more efficient plastic solar cells, paving the way for the development of cells with a wider energy-absorption range and increased efficiency, they said.

Plastic solar cells offer a number of benefits over silicon-based cells, and researchers have found that by developing what are called ternary solar cells--in which three materials are mixed together as a light-harvesting layer—they can deliver performance on par with silicon-based cells, said Abay Dinku, NC State assistant research professor. However, so far, fabrication methods have not resulted in the development of cells with desired levels of performance for the commercial market.

“Plastic solar cells have attracted tremendous interest because there are flexible, lightweight, inexpensive to manufacture, transparent, and independent of scarce resources,” Dinku explained. “Flexibility enables this technology to be integrated into infrastructures, while solution processability enables printing on flexible substrates and upscaling the production.” 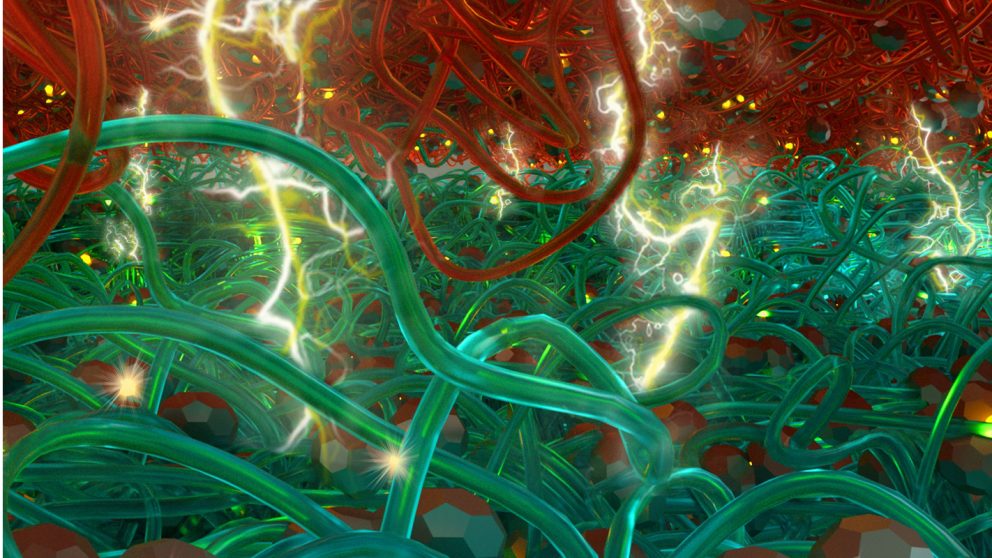 The latter is because photoactive materials utilized in plastic solar cells are synthesized in local labs, and varieties of materials for them are available on the market, he said. “This solves the problem of materials scarcity that inorganic solar technology--which heavily depends on vacuum-deposition methods—faces,” Dinku added.

Plastic solar cells are commonly fabricated by spin-casting a photoactive material on a solid substrate. The photoactive organic film usually comprises two materials--one of which is a light absorber, while the second one transports the electrons created from sun energy, Dinku said. The functionality of such solar cells are therefore controlled by the structure of the blend materials in the film, which has led to complications in fabrication when the mix poorly affects performance, he said.

The NC state researchers solved this problem by sequentially spin-casted two different photoactive films on top of each other to expand the energy absorption band of plastic solar cells, Dinku said.

“The new architecture basically comprises two solar cells sitting on top of each other without a need for a separation layer,” he said. “This is a big deal for plastic solar cells, since putting a second layer on top of the first layer usually washes away the first layer. Our non-invasive method utilizes materials aggregation property to form non-dissolvable first layer.”

Dinku said the fabrication method can easy scale for commercial manufacturing processes and actually will cost considerably less than that of traditional silicon cells. However, first the team plans to continue its work by upscaling the production of a prototype using small-scale printing methods such as blade-coating and slot-dye printing, he said.

“The large area devices will be integrated with greenhouse applications for realizing zero-energy farming, as the materials used to demonstrate our method have optical properties compatible to these applications,” Dinku said.