Is the Blockchain Prepared for Enterprise? 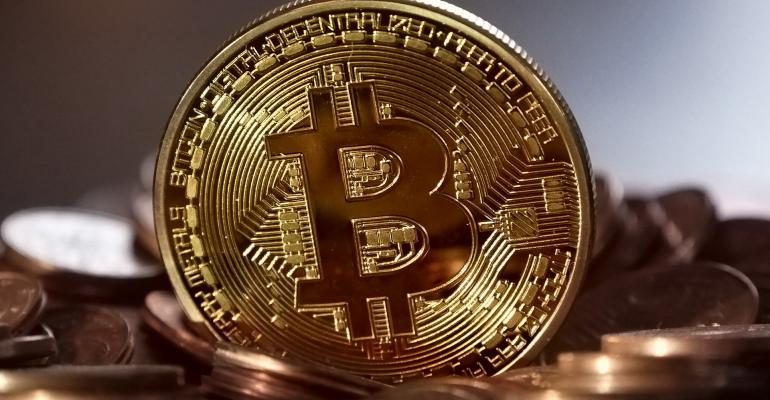 <p><strong><strong>Digitalized Ecosystems</strong></strong></p><p>Blockchain is driving the second major trend identified by Gartner. “Digitalized ecosystem technologies are making their way to the Hype Cycle fast,” Walker said. “<a href="https://www.designnews.com/iot/blockchain-prepared-enterprise/25912681256416" target="_blank">Blockchain</a> and <a href="https://www.designnews.com/electronics-test/filament-making-blockchain-iiot-easy-usb/80716323059036" target="_blank">IoT</a> platforms have crossed the peak by now, and we believe that they will reach maturity in the next five to ten years, with digital twins and knowledge graphs on their heels.”</p><p>As more and more IoT systems and products produce more and more data, it's becoming increasingly important to not only manage and automate all of this data flow, but to keep it <a href="https://www.designnews.com/iot/how-blockchain-key-secure-iot/87877979557738" target="_blank">secure</a> as well. Blockchain offers great potential on both of these fronts for its high level of encryption as well as its ability to automate transactions via secure, verifiable “smart contracts.” “The shift from compartmentalized technical infrastructure to ecosystem-enabling platforms is laying the foundation for entirely new business models that are forming the bridge between humans and technology,” Walker said.  </p><p><em>(Image source: Public Domain</em>)</p>
It's not just for Bitcoins. Everyone's trying to understand the blockchain and some are already using it. But is the database technology really ready for enterprise?

If you haven't heard of blockchain technology, you've probably heard of its most popular application – Bitcoin, a “cryptocurrency” that technophiles said would completely destabilize the banking system as we know it. But the hype around Bitcoin has died down, leaving it with a somewhat stained reputation as the currency of choice for anyone looking to conduct shady business transactions on the Internet (everything from drugs and weapons to prostitutes and hitmen). While there are plenty of legit applications, Bitcoin's most famous use case is still the infamous Silk Road, the Amazon.com of illicit drugs.

Many eyes are still on the blockchain, the underlying technology behind Bitcoin, with entities in every business sector from manufacturing, to finance, energy, and healthcare looking for ways to leverage it.

A December 2016 report by market research firm Grand View Research valued the global market for blockchain technology at $509.1 million in 2015 and predicts the market will balloon to $7.74 billion by 2024, driven by demand in “financial services, consumer or industrial products, technology, media and telecom, healthcare, transportation, and [the] public sector.”

In recent months various companies representing the oil and gas, finance, and software industries have formed the Enterprise Ethereum Alliance, dedicated to creating an enterprise-grade blockchain using a blockchain app platform called Ethereum. It boasts companies like Microsoft, BP, Intel, and JP Morgan among its ranks.

But for all the excitement building around it, the blockchain has yet to answer one crucial question: Is it really ready for enterprise?

So what is blockchain exactly? In short, it's a means of creating distributed databases. Imagine you have some piece of digital information. Whenever that information is transferred it needs to be verified to make sure it isn't fake or has been tampered with. In a typical network this is handled by a central database, much in the way that a bank handles money. Whenever you make a digital financial transaction (say, purchasing a Raspberry Pi on Amazon) your transaction goes through the bank, which keeps a record of how much money you have and also verifies (as best it can) that you aren't trying to steal anything or use fake money. Blockchain distributes this entire process. Rather than one or a few central servers, blockchain utilizes a network of what could be thousands of computers, all sharing a system-wide “ledger” that verifies the transaction across the entire large-scale network. Each computer holds bundles of information (blocks) that are chained together using cryptography to form the ledger.

To trick the system you'd have to trick every single machine that holds a copy of the ledger, (which would be an extremely difficult task) meaning any piece of digital information can be protected with layers of encryption and verification. Apply this concept to money (ala Bitcoin) and you get a currency that has a verifiable value but comes from a source that is almost impossible to trace...hence why it was so regularly adopted by criminals and those looking to keep their online dealings a secret.

If you can't think of anywhere we might have thousands and thousands of systems and devices linked together with a constant need to safeguard and verify important data as it is transacted, please refer to a tiny phenomenon known as the Internet of Things (IoT).

For a visual reference IBM has a handy, two-minute primer on the blockchain and it's potential for supply chain applications:

The advantages of blockchain for enterprise applications is that it offers: decentralization, since no one entity holds ownership of the data; both public openness and pseudo-anonymity simultaneously; the ability to create token currencies that can be used to track ownership of data (i.e. who owns what piece of information along a supply chain); and, arguably most attractive, the ability to create smart contracts.

What smart contacts allow is an ability to embed logic into a blockchain for easier process automation. In an IoT context smart contracts can be used to script automated transactions between different connected systems, but in a highly secured way. Information transacted to one device could automatically trigger transactions in other devices, and so on. Imagine being able to automatically and securely pay a supplier as a product moves along the manufacturing process – all without a centralized IT infrastructure.

There are already some emerging use cases in the enterprise space. Skuchain, a company that developes blockchain technology for B2B trade and supply chain finance, recently announced it had created a “collaborative workflow” between cotton producer Brighann Cotton, an overseas buyer, and their respective banks using blockchain technology. In an interview with IBTimes UK, Srinivasan Sriram, founder and CEO of Skuchain, said:

"If you take a typical supply chain, today almost everybody views this supply chain as independent transactions – the shipment of cotton, the manufacturer who purchases the raw material cotton, and the value adder who has a deal with the end buyer. Except that they all belong to the same digital thread. What we can do with Skuchain's technology is link that thread and there is a significant amount of value to all parties when that happens."

In October of last year IBM announced a partnership with Walmart to use blockchain to track shipments of pork as it moved through the production network. The aim was to use the knowledge to provide increased transparency to consumers about the quality and safety of the meat they're purchasing.

Other blockchain companies like Gem, Chronicled, Filament, and Olea Networks are touting blockchain for IoT applications primarily for its robust cybersecurity and data protection capabilities. In a 2016 paper, “Blockchains and Smart Contracts for the Internet of Things,” published by IEEE, the authors conclude that “...the blockchain-IoT combination is powerful and can cause significant transformations across several industries, paving the way for new business models and novel, distributed applications.”

But some believe the hype around the blockchain is a bit premature. In a recent webinar on the blockchain, Isaac Brown, a senior analyst with Lux Research said that a lot of companies are investing in blockchain, but they're really just throwing blockchain-related ideas at a wall and hoping that something sticks.

“Everyone's freaking out, no one understands it, but everyone knows they need a [blockchain] strategy,” Brown said adding that, according to Lux Research, investment in Bitcoin and blockchain startups exceeded $1 billion in 2016. “A lot of big organizations are spending a lot of money on press about the things they're doing around blockchain, but it's not clear what any of it means. And it's making everyone think, 'I need a blockchain strategy right now, but I just don't know what to do.' ”

For Brown there are several significant obstacles around blockchain that need to be overcome before we see it behind any kind of major innovation in enterprise.

For starters there are very few blockchain experts in the world, “There are maybe hundreds of people in the world who can competently program a blockchain.” He also pointed to issues with smart contracts themselves, which despite blockchain's deep levels of cryptography, can be altered for malicious purposes. Last year the Distributed Autonomous Organization (DAO) a blockchain-based service that was intended to automatically take investors' money and invest it in projects voted on by organization members, was robbed to the tune of $60 million when a hacker was able to manipulate its smart contracts.

On top of this, Brown said the idea of a cryptocurrency is already something enterprises struggle with, “Until there's a better way for value and cash to materialize back into bank accounts we're going see a delay,” he said. And there will also be regulations challenges on the horizon. “Compliance and regulation will be a big concern, especially in finance. How will [blockchain] play with existing regulations and standards? Eventually it's possible you'll be able to skirt regulations with blockchain...”

Then there's the most important obstacle for blockchain: the fact that no one has really developed a killer app for it yet. “Nobody is certain where, why, or how to use blockchain outside of finance,” Brown said. “There's no blockbuster application, except Bitcoin.”

He told the webinar audience that he's heard of companies playing with many impractical applications from integrating it into automobiles to using it in fitness wearables. He said that many companies are under the impression that blockchain will have a larger impact that the Internet itself, a notion he believes is flat out wrong.

“The [return on investment] for blockchain is unclear right now,” Brown said, adding that he believes the coming years will see a lot of marketing ploy efforts to use blockchain. “We're going see a lot of non-valuable deployments... putting blockchain into a product just to change it and make it hot.”

This way of thinking is what Brown wants to caution everyone against. “Blockchain-first is a dangerous mentality,” he said. “It's is going to end with a lot of failures and a lot of wasted money, and bad investments.”

So if it's not the next big thing in IoT (yet), how should enterprises be approaching blockchain? Brown advises companies to look at blockchain like any other solution and to asses other solutions to a problem alongside blockchain. Apply [blockchain] if it appears to be better than the other approaches,” he said. “And remember that everything you're doing is just an experiment, and act accordingly. But if it works scale it, and it's a win.”