Why Don't We Have Robot Surgeons Yet? 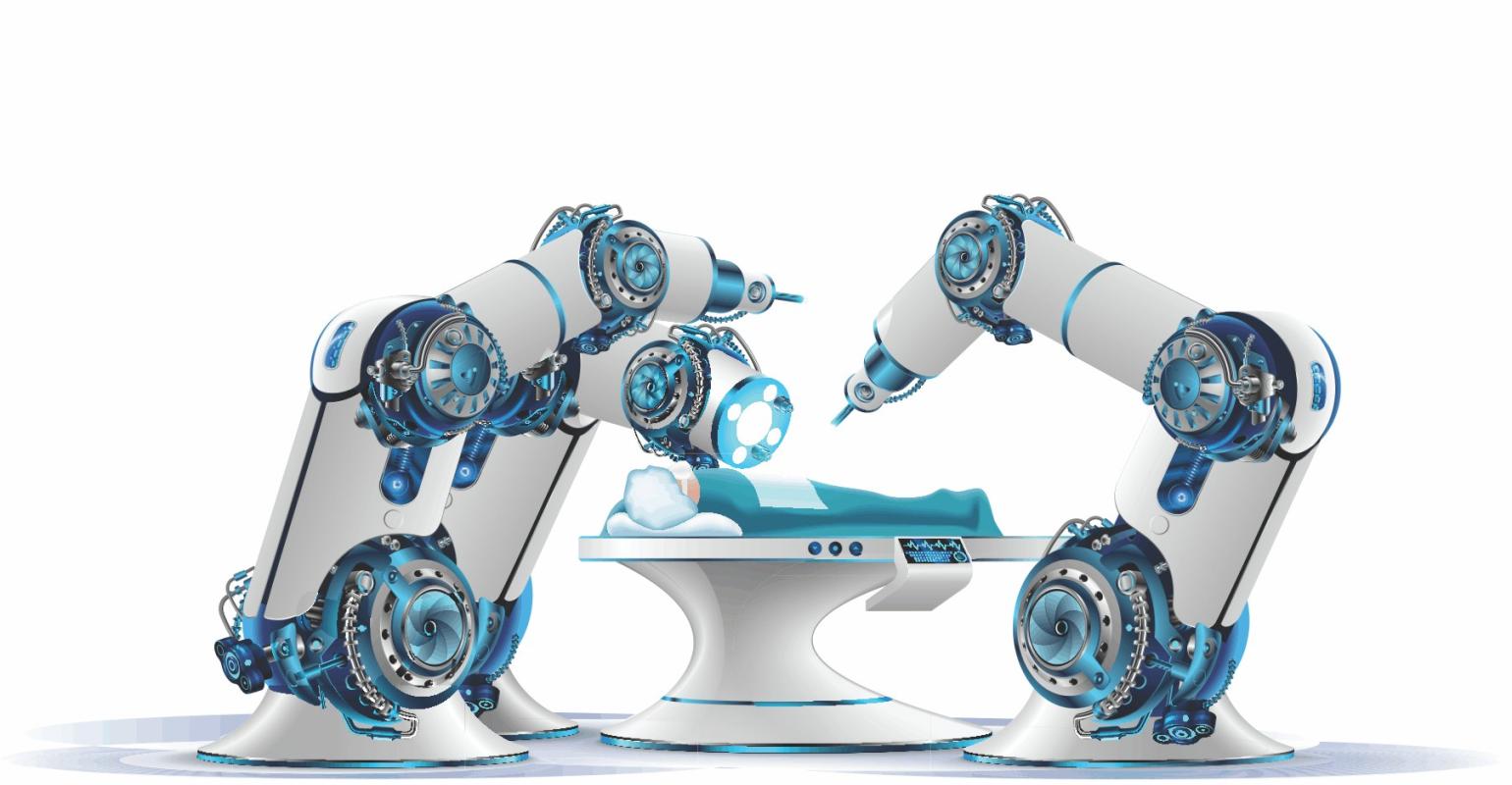 Robotic-assisted surgery has been around for decades. But how long until your next surgeon is a machine?

If you haven't already, it's very likely you could undergo a robotic-assisted surgery in the future. More and more doctors are utilizing robots to help with a number of procedures ranging from implants, to cardiovascular, orthopedic, gastrointestinal surgeries, and more.

Only 20 years into its emergence, analysts have estimated that surgical robotics is a nearly $5 billion global market that is predicted to expand to about $15 billion by 2029.

Building off of the success of Intuitive Surgical, which launched its da Vinci surgical assistance robot in 2000 and sparked the robotic surgical market, several major medical device companies, including Medtronic, have launched their own surgical robots and a number of robotic surgery startups have also appeared on the landscape.

But one question continues to linger as the market grows: How long will it be before we take humans out of the equation?

And even if we do, are human patients ready to be operated on by an autonomous robot?

Harel Gadot, Company Group Chairman at MEDX Ventures Group, a medtech-focused investment firm, believes robotic surgery won't happen until we trust surgical robots in the same way we trust other autonomous systems of our lives. Speaking at the recent 2020 Pacific Design & Manufacturing Conference (PDM), Gadot said we need to achieve a level of comfort with surgical robots similar to how we trust autopilot on commercial flights.

“Plane travel is done by robot, but no one thinks about it,” he said. “We need to get robotic surgery to a place where it is as natural as autopilot on a plane. We need to look holistically at how we're going to adapt robots in the future.”

Most surgical robots operate in one of two ways, or a combination of the two. Either they are remote-controlled by the surgeon, or they follow a predetermined plan set by a surgeon – not unlike how collaborative robots (cobots) in factories can be guided through assembly tasks.

Gadot himself is the founder of XACT Robotics, a company that is developing “hands-free” surgical robots capable of analyzing medical images to insert and steer medical instruments on their own without physician assistance. Gadot said his company is aiming to “democratize surgery,” meaning creating a medical space where the variability and errors caused by humans no longer exist. “The only way to do that is to remove one variable – the physician,” Gadot said. “Physicians have technical and intellectual skills. The variability in technical skills is so wide that we will never get the same healthcare provided to us.”

Advancements in artificial intelligence are pushing Gadot's ideal closer and closer to reality. The same systems enabling autonomous vehicles and collaborative robots in factories could also drive us toward a world where surgeons leave the hands-on aspects of surgery to a robot.

California-based Procept Biorobotics is one company working on the autonomous surgical robotics front. The company has developed a robot capable of autonomously performing a minimally-invasive procedure to treat prostate gland enlargement. According to company Vice President of Operations, Eric Steuben, Procept's unique procedure, called Aquablation Therapy has been shown in clinical studies to be an effective and safe treatment for prostate enlargement.

Also on hand at Pacific Design and Manufacturing 2020, Steuben said of Procept's robot: “Our system is equivalent to the gold standard in terms of efficacy, but above it in terms of safety because robotics is predictable and repeatable.”

Granted, Procept's machine is only for a single, niche application. Experts agree we're still a very long way from surgical robots that can perform a wide variety of procedures on their own. The idea of a robot that can autonomously perform procedures across disciplines is arguably as far away as general artificial intelligence itself.

But there are bigger challenges facing surgical robots than waiting for the next breakthrough in AI. Dr. Gianluca De Novi, CEO at XSurgical Robotics, whose company is currently developing AI-enabled, remote-controlled surgical robots for deployment in battlefields and other disaster situations, believes the biggest barrier to autonomous surgical robots comes down to the almighty dollar.

“da Vinci is not cost effective, De Novi told the PDM audience. “If you go into smaller hospitals you have a system that is quite expensive and can only perform an limited number of procedures. Logic follows that such a system is not profitable without enough patients.” For De Novi, the solution is then for engineers to design robotics systems that can either perform more than one procedure or be extremely focused (like Procept's system) thus becoming very inexpensive.

He also proposed the idea of mobile systems that can be shared across hospitals. “You can have a surgeon where it is required and a mobile operating room that can go across the country,” he said.

This was an idea supported by Gadot. “We need to rid of capital equipment,” he said. “Today, we need dedicated rooms and dedicated staff. If we want to use the robot for something else we can't. We need to expense not just the robot, but build more [operating rooms] and hire more staff. It's never going to end, so we need to look at things the other way.”

For Gadot the real issue is the human factor. “Price is not the barrier. The biggest challenge is physicians. We need to change the perception that robots are coming to replace them.”

The medical space is not immune to the same concerns that have arisen in manufacturing, transportation, retail, and other sectors with the rise of automation. The industry is different, but the battle lines are the same. Robotics companies highlight the benefits of their products, from cost and time savings to augmenting workers and freeing them up for more complicated and rewarding work. Workers, on the other hand, fear robotics companies are out to remove them altogether wherever possible and that any collaboration with a robot is essentially just training their replacement.

The advantage for surgeons however is their work is not automated nearly as easily as a warehouse worker. Barring some extreme advances in AI and robotics, surgeon's jobs are likely safe for the foreseeable future.

That doesn't mean however they won't be working alongside robots more and more often. XSurgical's De Novi remarked that newer generations of surgeons already seem to more receptive to current robotics technologies. He thinks that as robots offer new solutions to the logistical challenges faced by surgeons we'll be seeing them in more and more hospitals. “There are number of small tasks that can be made autonomous,” he said. “Let's take them out of the surgeon's hands and make the surgeon a surgeon, not a technician.”

“It call comes down to superior clinical outcomes and cost,” Procept's Steuben said. “If you can show those two elements it's going to drive adoption over and over again.”