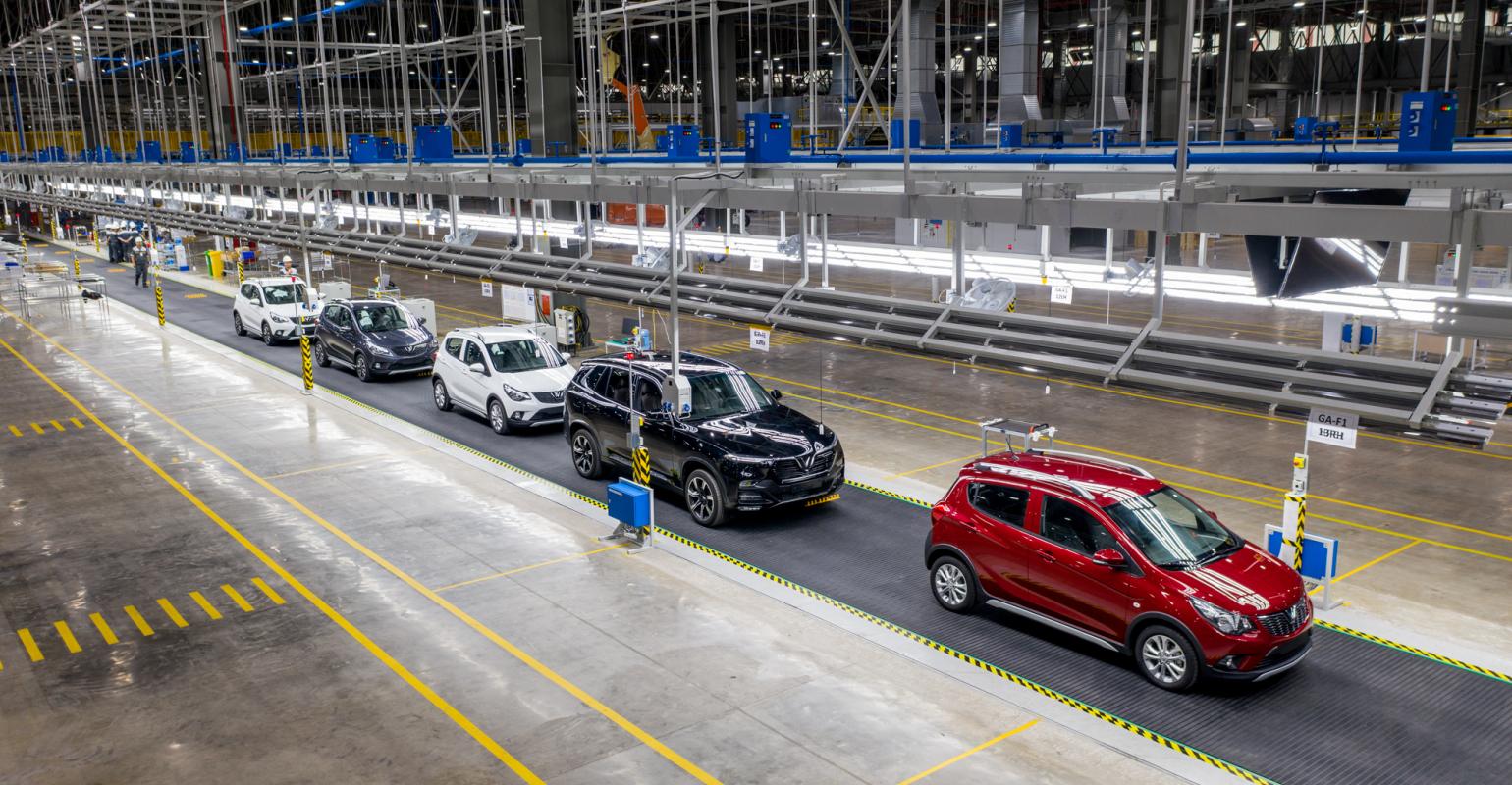 VinFast used Siemens’ portfolio of design and manufacturing tools to deliver Vietnam’s first volume cars from design-to-completion in 21 months – including building the factory.

The 21 months is less than half of the average time to build an automotive manufacturing plant. The VinFast plant in Hai Phong has a total design capacity of 250,000 cars per year. The first two vehicle models include a sedan and a small SUV. E-scooters, compact cars, and electric busses will follow.

Chief designer, Dave Lyon, spent the past two years working on the VinFast cars. Previously he worked in design for Detroit automakers. “I spent the last two years on airplanes between the US and Vietnam,” he told Design News. He explained that VinFast’s corporate owner, Vingroup, has the goal of using car manufacturing to help build a Vietnam middle class. The idea is that VinFast will be able to create both affordable domestic cars and desirable jobs.

The supply chain for car design and production was integrated and digitalized using Siemens tools that include the Xcelerator portfolio of software and Totally Integrated Automation. Xcelerator enabled the creation of accurate digital twins, melding model-based simulations with test data and real performance analytics with intelligent edge control.

VinFast used Teamcenter software as backbone for collaborating PLM and NX software. The toolkit included an integrated blend of CAD, CAM, and CAE, which was used to develop the digital twin of both cars and production. Teamcenter connected the digital twin with a consistent digital thread, which helped VinFast increase speed and flexibility in development. The system optimized manufacturing processes and used insights gained from product and plant operations to improve performance.

“VinFast is a great example of how the automotive industry is driving the digital transformation of manufacturing,” Bernd Mangler, SVP of automotive solutions at Siemens Digital Industries (formerly Siemens PLM), said in a statement. “We helped to create virtual and real production lines, which included the technology for continuous optimizations along the entire lifecycle of the equipment.”

VinFast is a subsidiary of Vingroup, the largest private enterprise in Vietnam. Vingroup is aiming to become a world-class technology, industry, and services corporation. VinFast is the first brand to be launched to carry out this plan. Deliveries of the first VinFast sedans and SUVs began in September.

The State of Manufacturing: Struggling but Resilient
Aug 12, 2020