Solving the OT/IT Battle by Certifying the Middle 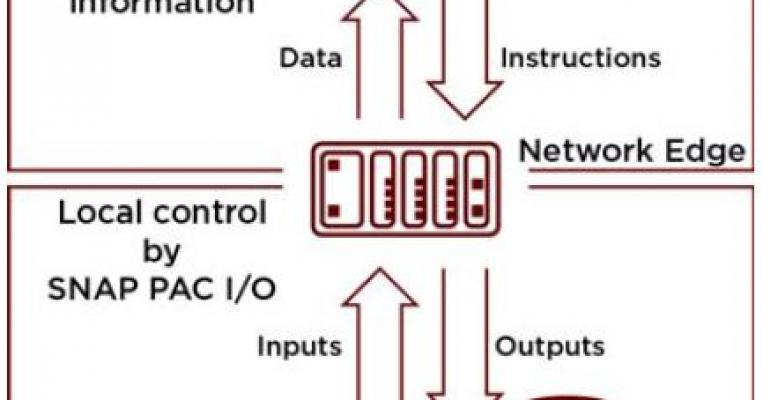 The long battle between the control team’s priorities and IT’s security mission finds a working solution in an Opto 22 integrator program.

For plant control operations, the immutable first priority is uptime. For the IT department in the plant’s office, the intractable mission is security. In today’s connected plant, the two groups have to find a compromise in order to move the overall goals of the plant forward. Yet both groups find it difficult to give up their number-one priority. Opto 22 has developed a certification program for its integrators that is designed to solve this thorny problem. 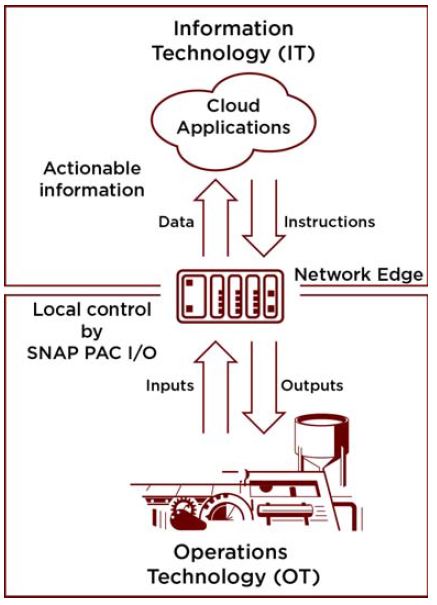 The strain between the two groups isn’t just a matter of conflicting priorities. IT/OT convergence is also a challenge on the technical and cultural fronts. A significant communication gap exists between OT and IT technologies. Each uses its own methods of connectivity, from the physical connectors and buses that carries data, to the language each uses to convert bits and bytes into readable and actionable information.

Certified in Both OT and IT

In order to help customers overcome the clash between OT and IT, the IoT platform provider Opto 22 has created a certification program for its partner integrators to ensure they know both sides. “There is a difference in how IT and OT see the world. So, we started a program to certify that our partners can facilitate a dialog between OT and IT,” Arun Sinha, director of business development at Opto 22, told Design News. “As a hardware solutions provider, we can solve this problem by getting the two sides together and bringing in qualified integrators who can sit on both the operations side – their traditional comfort side – and the IT side and understand the priorities of each group.”

The certification program works to make sure the Opto 22’s partners are well-schooled in the language and protocols of IT. “If you take a systems integrator from Opto 22 or Siemens or Rockwell, they work with plant control systems, but they might not know the tools for moving data into an ERP system or IBM Watson. That requires different programming,” said Sinha. “They may not be familiar with the IT coding. They may know EtherNet IP, but not know MQTT. There are programming languages and protocols – that’s the gap. IT uses different communication protocols and IP and programming languages.”

Orders from the C-Suite

Sinha noted that solving OT and IT conflicts comes when the issue of network integration is understood to be a necessary business solution mandated by the organization’s leadership. “If you kick it up a level, both OT and IT have to solve the problem. It probably won’t start with the IT people. It will start with people in the C-Suite. They approach both sides and the two sides have to solve the business problem,” said Sinha. “You can start with something as simple as terminology. We’re using terms for the OT side – EtherNet, PAC, and PLC. The folks on the IT side use terms like edge processing. A company like Dell calls our PAC an edge technology.”

Opto 22’s certification program is a primarily an effort to teach the IT world to integrators who already know OT. “We have this great list of system integrators, but not all of them could do both sides of things,” said Sinha. “They may be good at instrumentation and control, but not the IT side. As IoT applications get more common, we’re going to need system integrators who can handle both OT and IT. This has been echoed by IT companies like Dell and IBM.”

To carry Opto 22’s IoT Certification, an integrator must demonstrate proficiency in OT technologies such as sensors, instrumentation, controls, and automation as well as with IT technologies that include networking, databases, computing, data analytics, and cloud or edge IoT platforms. To help support OT/IT solutions, Opto 22 joined the IoT ecosystems of three leading IT companies: Dell (IoT Solutions Partner), IBM (Registered Business Partner- Ready for IBM Watson IoT) and AT&T/ M2X (IoT Partner) “In becoming a partner with the big IT companies, we’re trying to be in the middle between OT and IT,” said Sinha.