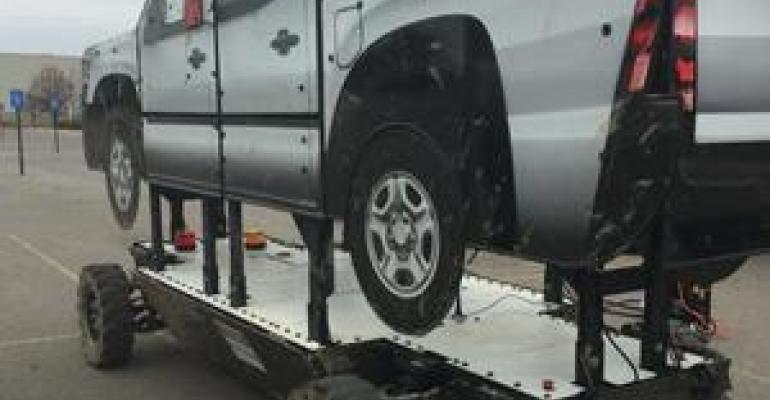 National Robotics Week adopted a broader definition of robotics Thursday, as it shifted its focus from factory floor robots to autonomous vehicles and drones.

Robotics Day in Ann Arbor, Mich. (outside Detroit) featured a keynote speech from an expert at Google's autonomous vehicle project, as well as demonstrations of image processing, artificial intelligence, and control systems for self-driving cars and drones.

"When we started doing this event a few years ago, there were a lot of people in automated vehicles who really didn't consider themselves roboticists," Phil Callihan, executive director for the National Center for Manufacturing Sciences (NCMS), told Design News. "We'd tell them, 'We have a very wide definition of robotics and you're part of it.'" 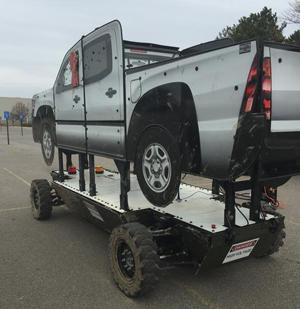 To be sure, the event featured its usual emphasis on manufacturing technology, including demonstrations of robots that lift, walk, run, and even swim. But the inclusion of automated vehicles and drones distinguished it from the public's traditional view of robotics. Pratt & Miller Engineering, for example, showed off an autonomous vehicle called AVeTar that acts as robotic target system for military training exercises. The vehicle, which carries a truck silhouette atop it, uses global positioning technology and complex software to enable it to drive an unpredictable path during target practice. Pratt & Miller teamed with Quantum Signal LLC, which created the signal and image processing system for the vehicle. Also at the event, SkySpecs Inc., demoed obstacle avoidance technologies for drones.

MORE FROM DESIGN NEWS: Manufacturing Boom a Fake? No Way

Callihan said one of the goals of the event was to awaken potential talent, not only among automotive engineers and suppliers, but of college and high school students, as well. The Detroit area, he said, could offer a wealth of opportunity for such talent because suppliers of sensors, controllers, electronics, and various other robotic components are already located in the area to serve the big automakers.

He added that the recognition of autonomous vehicles as a branch of robotics is critical, not only in attracting talent, but in the development of technologies that go beyond the factory floor. "It all comes down to your definition of a robot," he told us. "We consider it a robot if it's a rolling or flying automated device that has onboard intelligence."