HomeAutomationRobot Will Harvest Your Crops
Recent
Automation
Will I See You at the Virtual 2022 RT-Thread IoT OS Global Tech Conference?
May 27, 2022
Novel Silk-Protein Eyed for Tendon Repair
May 27, 2022
NTT Data Powers Indy 500 Predictive Analytics
May 27, 2022
At NI Connect: More Companies Discuss Benefits of Test
May 27, 2022
POLL
Supplier News is Checking Out Programmable Automation Controllers
May 27, 2022
What's the Latest in Additive Manufacturing?
May 26, 2022
Top Gun: Maverick Roars into Theaters
May 26, 2022
New 3D Printing Technique Prints Glass for Microstructures
May 26, 2022

Robot Will Harvest Your Crops 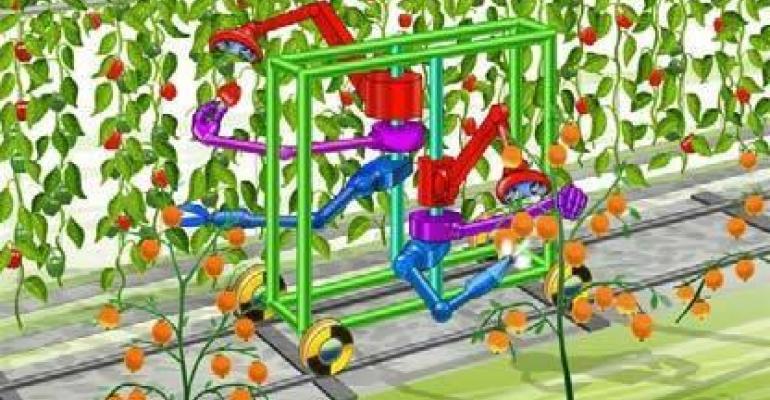 A multinational engineering project aims to create an intelligent robotics platform that can identify and harvest specific types of crops to help foster sustainable agriculture.

The Clever Robots for Crops (CROPS) project -- a collaboration between universities from a number of countries -- is working on technology for a modular intelligent sensing and manipulation platform to harvest so-called "high value" crops, such as vegetables grown in a greenhouse, greenhouse vegetables, orchard fruits, and grapes used in making premium wines, according to the project's Website.

The design goals of the project include creating a robotic platform intelligent enough to specifically spray certain types of plants or foliage. The robot also will have the ability to selectively harvest fruit by identifying the right type to pick, determining its ripeness, grasping it, and detaching it without injuring it. 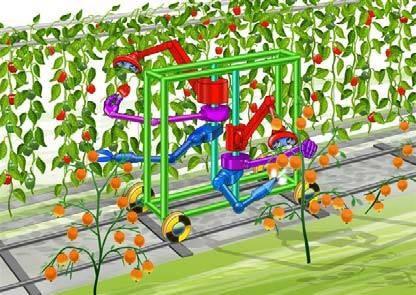 Researchers also aim to extend the use of techniques for detecting and classifying obstacles developed for CROPS to enable successful autonomous navigation and operation in plantations and forests.

CROPS researchers are using a range of technology -- including nanotechnology, materials, and new production technologies -- to create the robot. The project, which began in October 2010, is scheduled to run for four years. It may be some time after that before such a robot would be put into commercial use, even if the project is successful.

Countries with universities contributing research to CROPS include the Belgium, Chile, France, Italy, The Netherlands, Spain, and Sweden, among others. CROPS is part of the European Union Seventh Framework Program, or FP7.

Robots already are used fairly commonly in the manufacturing field; their use in the agricultural sector so far is rare, but not unheard of.

The CROPS project is not the only organization trying to advance the use of robotics in this sector. A startup in Boston called Harvest Automation also is working to design robots that can work alongside humans in agricultural scenarios. And a Japanese research team has created a robot that can identify and pick strawberries, showing that there is existing technology to achieve at least part of what the CROPS team aims for.

Technology also exists already for some of the robot's simpler goals, such as picking and grasping the fruit. Cornell University engineers have invented a robot gripper hand, as well as an extension of that technology that can pick up oddly-shaped objects. The Defense Advanced Research Projects Agency and NASA also have active robotics programs that are working on autonomous gripping and manual manipulation technology. And even more sophisticated dexterous technology for robotic wrists also exists.