Robot Democratization: A Machine for Every Manufacturer 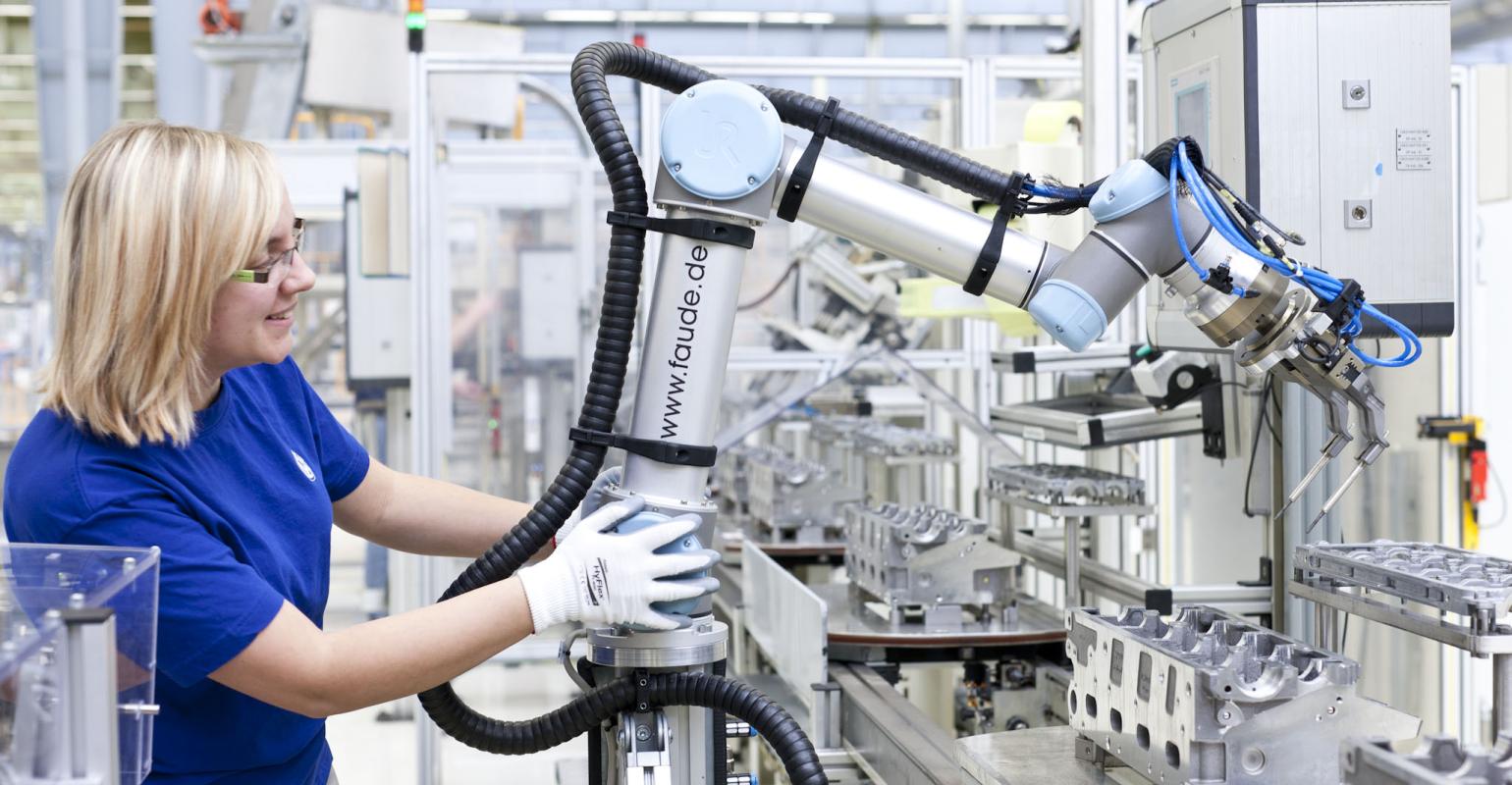 Robots are cheaper and easier to use. They’re within reach for small manufacturers. Add to that a tight job market, and robot deployments are moving down the manufacturing chain.

With collaborative robots proliferating, we wanted to know who’s using these robots and what tasks they’re doing. Design News caught up with Walter Vahey, executive vice-president at Teradyne, a company that helps manufacturers gear up their automation. Vahey sees a real change in the companies that are deploying robotics. For years robots were tools only for the largest manufacturers. They required expensive care and feeding in the form of integrators and programming. Now, collaborative robots require configuration rather than programming, and they can be quickly switched from task to task.

Vahey talked about robot companies such as Universal Robots (UR) which produces robot arms, and MiR, a company that produces collaborative mobile robots. He explained how they’re putting robotics in the hands of smaller manufacturers that previously could not afford advanced automation. The difference is that these robots are less expensive, they can be set up for production without programming, and they can be quickly reconfigured to change tasks.

We asked Vahey what’s different about collaborative robots and what he’s seeing in robot adoption among smaller manufacturers.

Design News: Tell us about the new robots and how they’re getting deployed.

Walter Vahey: Companies such as Universal Robots and MiR are pioneering the robot space. They’re bringing automation to a broad class of users and democratizing automation. For small companies, the task at hand is to figure out how to fulfill their orders. It’s particularly challenging to manufacturers. In a tight labor market, manufacturers are facing more competition, growing demand, and higher expectations in quality.

Manufacturer can plug UR or MiR robots in very quickly. Everything is easy, from the specs up front to ordering to quickly arranging and training the robot. There’s no programming, and the robots have the flexibility to do a variety of applications. Every customer is dealing with labor challenges, so now they’re deploying collaborative robots to fulfill demand with high quality.

The whole paradigm has shifted now that you have a broader range of robot applications. You can easily and quickly bring in automation, plug it in ,and get product moving in hours or days rather than months. That’s what’s driving the growth at UR and MiR.

The Issue of Change Management

Design News: Is change management a hurdle?. Does the robot cause workforce disruption?

Walter Vahey: We really haven’t seen that as an issue. The overwhelming need to improve and fulfill demand at a higher quality level helps the manufacturers deploy. It outweighs other challenges. We help with the deployment, and the manufacturers are making the change easily.

We grew up as a supplier of electronic test equipment. Since 2015, we’ve entered the industrial automation market with a focus on the emerging collaborative robot space. We see that as a way to change the equation for manufacturers, making it faster and easier to deploy automation.

Design News: What about return on investment? Robotics can be a considerable investment for a small company?

Walter Vahey: The customers today are looking for relatively short ROI, and we’re seeing it from 6 months to a year. That’s a no brainer for manufacturers. They’re ready to jump in.

We work hard to make deployment less of an issue. We have an application builder, and we use it to prepare for deployment. The new user may have a pick-and-place operation. They choose the gripper, and we guide them to partners who make it easy to deploy.

The application builder helps the customer pick the gripper. The whole object is to get the customer deployed rapidly so the automation doesn’t sit. With MiR, the robot comes in, and we find an easy application for the mobile device. We take the robot around the plant and map it. We’ve work to guide customers through an application quickly and make the robot productive as soon as possible.

There are hundreds of partners that work with UR and MiR, providing grippers and end effectors. We have a system that customers can plug into. Customer can look at grippers from a wide range of companies. We’re not working just on the robot deployment. We work to get the whole system deployed so they can quickly get the ROI.

What Tasks Are the Robots Taking On?

Design News: Who in the plant is using the robots, and what tasks are involved?

Walter Vahey: There is a range of users. To be effective at training a robot and configuring it, the people best suited for it are the ones most aware of the task. To get the robot to be effective you have to know the task. By and large, the person who has been doing that task is best suited to train the robot. That person can then train other robots. Nobody’s better suited to do it than the people who know what needs to be done.

The tasks are broad set of applications. We automate virtually any task and any material movement. It’s not quite that simple, but it’s close. With UR, we’re doing machine tending, grinding, packing, pick-and-place, repetitive tasks, welding. It’s a very broad set of applications. In materials it’s also very broad. Parts going from a warehouse to a work cell, and then from the work cell to another work cell, up to a 1000-kilo payload. We’re moving robots into warehousing and logistics space, even large pieces of metal. The robots are well suited for long runs of pallets of materials.