Low-Power Wireless for the IIoT 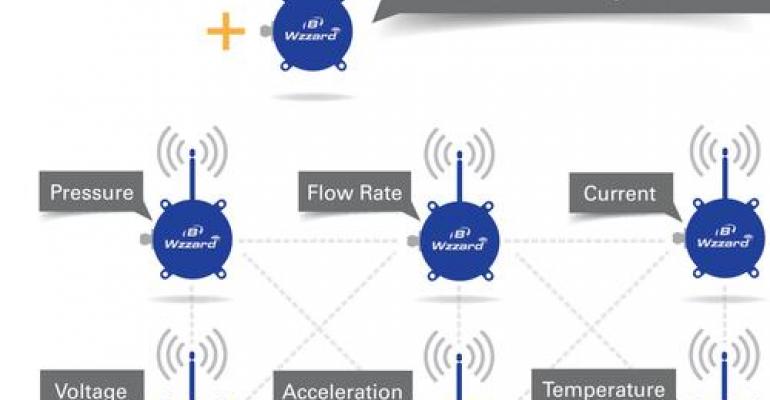 Monitoring the condensate conductivity on a boiler can indicate the presence of a cooling water leak long before hydrogen embrittlement of the boiler's furnace tubes causes it to fail. Measuring power consumption at a discrete level can reveal the precise energy cost of a specific process and predict mechanical failure if a particular machine suddenly begins to draw more electricity. Observing the temperature of a pump can alert an operator to shut it down before it overheats, and automatically shutting off the lights in a parking garage when no humans are present produces immediate savings in energy costs. Monitoring and measuring even very simple parameters improves processes, reduces downtime, and saves money.

Unfortunately, many sensors need to do their jobs in locations that make wired data communications and AC power installations impractical. Even if the installation would be feasible and the costs would be reasonable, it's not always possible to negotiate a right of way for the cabling. But fortunately, new technologies are coming online that provide low-power wireless solutions that extend the network edge to include difficult locations while simultaneously providing "five nines" (99.999%) uptime. 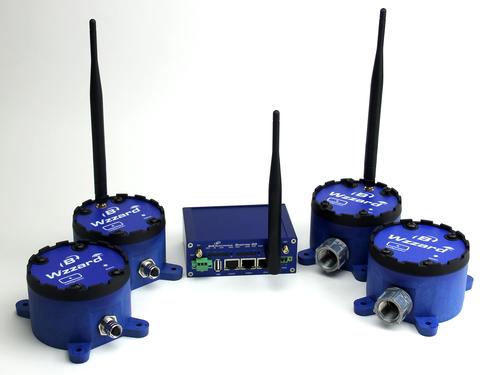 Based on the wireless IEEE 802.15.4e standard, SmartMesh IP mesh networks provide excellent connectivity for remote devices, even in harsh, dynamically changing RF environments. In a SmartMesh IP network, every node on the network serves as a router. The nodes can all communicate with one another, and also with the network gateway if the gateway is within range. Each node can receive data from any other network node that is within range, and transmit data to any other network node that is within range. If one path to the network gateway fails, the network nodes will reroute through another, for a frequency and path diverse self-managing mesh network. New nodes can be added or subtracted at any time, as the network is self-forming and self-healing. The end result is "five nines" uptime for the network as a whole, even if communications through one of the individual nodes are temporarily blocked.

This also makes SmartMesh IP networks highly scalable. Devices can transmit data over long distances by passing data through intermediate devices to reach more distant ones. As a result, the network gateway doesn't need to be within range of every device on the network. Full-featured network gateways can connect via wired connections or the cellular data networks, meaning you can put them anywhere that you can get a cell phone signal. In situations where wired power connections are impractical, a cellular network gateway can use alternatives like solar. 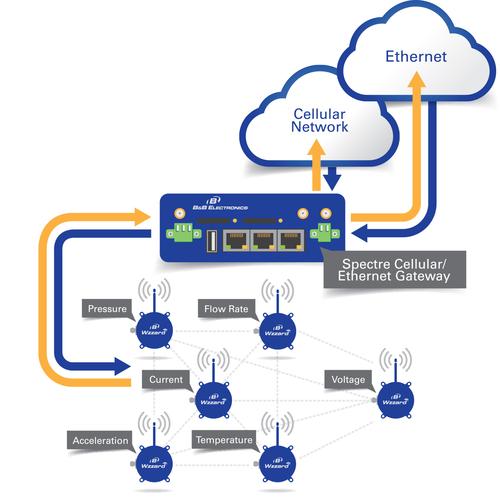 When the network edge expands to include a location that is difficult to wire, power consumption inevitably becomes an important consideration. So remote network nodes will often need to be self-powered, and frequent battery changes would be undesirable. One way to conserve power is to place some intelligence in the edge nodes themselves so that they will know precisely when to talk, listen, or sleep. This can involve networking tools like Time Synchronized Mesh Protocol (TSMP), a networking stack that includes a Time Slotted Channel Hopping (TSCH) media access layer. TSCH divides time into "slots," and maps timeslots to channels with a pre-assigned hopping sequence. Packet exchanges are synchronized, they don't collide on the network, and every packet is scheduled and synchronized for energy efficiency with no extra preamble (Tx side) or guard interval time (Rx side). Nodes don't have to waste time or power re-sending the same data again and again, and path rediscovery is not required. Low power mesh networks can also use techniques like Message Queue Telemetry Transport (MQTT), an open source, lightweight publish/subscribe messaging protocol. Unlike traditional request-reponse protocols like HTTP or Modbus, MQTT minimizes bandwidth and power needs by enabling a publish/subscribe messaging model. This reduces network traffic.