Learning to Drive -- A Rite of Passage? 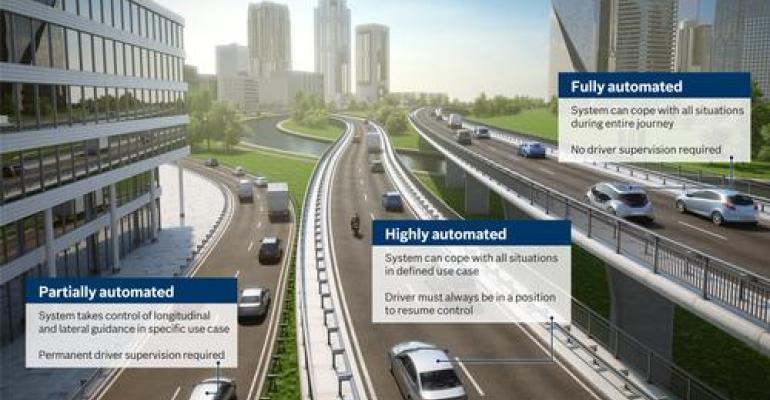 I jokingly told him that he was taking away a rite of passage through which we all had suffered: learning how to parallel park. My dad, a true New Yorker, who taught me how to parallel park using the "bumper method" for squeezing in between two cars. I often channel my dad's voice as I drive and park my car, even though it's equipped with rear and side cameras. I still do it the old-fashioned way and use my eyes and senses. I enjoy driving (though not in traffic -- who does?)

So as I look at the exciting developments in advanced driver assistance systems (ADAS) and the promise of fully autonomous vehicles, I wonder -- will I get to drive a car in the future? Or more realistically -- will my children? I live in Pittsburgh, where Uber is already testing out self-driving cars. I have seen several of them around my neighborhood and have a friend who was a passenger in one. (He said it was fun but short, due to a construction roadblock -- typical!) Will learning to drive continue to be a rite of passage or will it vanish like a once-commonplace phone booth? What will it take to get to fully autonomous self-driving cars? What does this all mean for those in the MEMS and sensors industry? 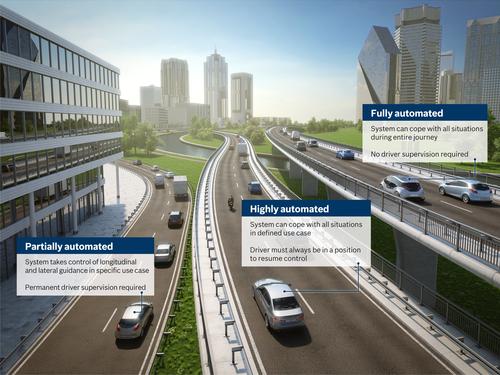 According to my colleague, Peter Spoden, product manager, inertial sensors, Automotive Electronics, Robert Bosch GmbH, fully autonomous cars require a detailed perception of the environment and must interpret and predict the behavior of our traffic partners (cars, pedestrians, infrastructure). Featuring high-precision maps and vision systems, perception technology must also anticipate car trajectories on highways; this is easier to achieve than anticipating car and pedestrian trajectories in urban driving, but that will come, as well. Such machine learning and deep learning are imperative for achieving the cognitive intelligence required for fully autonomous cars.

On the evolutionary pathway of automated driving functions, driver assistance systems -- such as lane keeping and lane changing assist, AEBS, and active front steering -- will first become more commonplace. Partially automated functions, such as traffic jam assist, are already in the market. Many anticipate a gradual expansion in traffic jam assist over the next few years, with higher levels of automated functions soon to follow. I definitely welcome the day when there is less traffic or that I can use my time more efficiently in traffic while my autonomous vehicle is in control and I am able to work (write blogs like this one) or relax (watch a movie or meditate or ...).

By the end of this decade, many expect to see fully automated driving on highways. Fully automated driving in urban areas will probably take another 10 or 15 years. At that point, each fully automated car will begin to reveal its potential to increase traffic safety by reducing the number of accidents. The prevalence of fully autonomous vehicles is likely several decades away, but I am confident it will come.

With such rich technologies at their disposal, automakers will continue to satisfy consumer demand for more widespread implementation of ADAS well before fully automated and even partially automated driving functions reach the majority of consumers. While most of us will wait years before we sail across Interstate 90 while even the driver sleeps at the wheel, we are already benefiting from MEMS/sensors-enabled ADAS in the family car.

So while learning to drive will not disappear as a rite of passage for my children, it's definitely clear that my (sometimes scary) experiences of learning to drive are a thing of the past. But in the meantime, I will still enjoy driving my car, even as I pass the self-driving cars shuttling teenagers to their destinations.