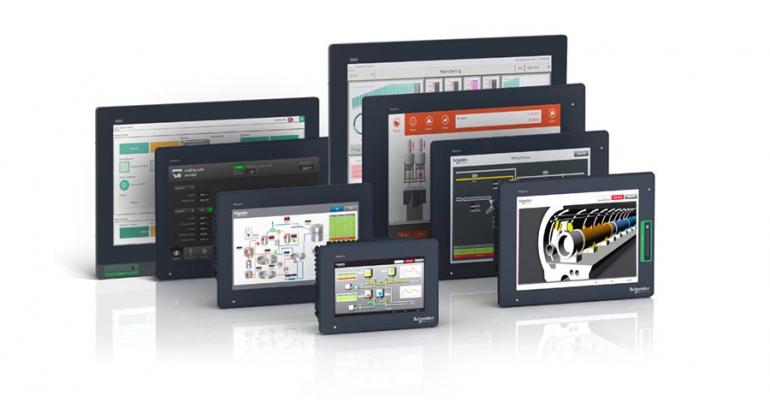 Control engineers want to access plant processes and equipment conditions on their mobile phone. They want touchscreen capability and they expect the HMI to go beyond read-only to become a control panel in the pocket.

User interfaces in industrial controls have evolved significantly in recent years. While beginning as dumb terminals, they have moved to touchscreens that can be used on phone and tablet apps. In the world of connected devices in the industrial Internet of Things (IoT), the human machine interface (HMI) becomes particularly challenging. The control engineers want to see all aspects of plant activity—from production to the health of equipment. And they want to see the data from any location on any device.

With the proliferation of connected devices, there is a growing expectation that engineers can use their phones and tablets to communicate with the plant and even interact with plant processes and equipment. “Everybody wants to jump on the new bandwagon. I was working on IoT before it was called that. It was getting used at MIT many years ago,” Charles Lord, president of Blue Ridge Advanced Design, told Design News. “More and more people are becoming enamored of the idea of using a phone and an app in order to talk to devices.”

Lord will look at the evolution of HMI—particularly as it relates to the IIoT—in his session, Human-Machine Interface (HMI) in the Industrial Internet of Things, at the Embedded System Conference in Minneapolis on Wednesday, October 31. During the session, Lord will look at some case studies from industrial and medical applications and how each performed with various HMI implementations. He will look at HMI examples of everything from simple LED indicators through alphanumeric and graphical touch displays and remote displays, such as phone and tablet apps.

The Plant in a Handheld Device

Control engineers want the functionality of their control panels to be available on their handheld devices, whether it’s a tablet or a phone. That’s not necessarily a simple request. “I had a client with a controller that assembles a large piece of equipment. Rather than having just a touchscreen, LCD, or LED control panel, he asked whether he could use his phone or tablet to work with this thing,” said Lord. “As design engineers, we have to take what we’ve learned about HMI and the IoT and build a graphical user interface (GUI) on an LCD and move it to something that can be handheld.”

The equipment on the plant floor and the devices in the engineer’s hand are not a simple matter of plug and play. “It’s not easy to create an HMI that works with ‘all’ devices,” said Lord. “An individual computer is not always compatible with other computers, and not all handheld devices work the same way. Creating a program that allows Android or iOS to get devices to work is a challenge.”

Uncomplicate the Process by Limited Features

Part of the process of making control panel functionality available on the handheld device is to limit the functions of the handheld device as it interacts with plant equipment and an IoT system. “In working with the handheld devices—mostly Android—you have to make the connection to IoT devices as low-end-compatible as possible,” said Lord. “If you’re not using some of the newer features, it‘s not as difficult. Near-field communications works with many of the devices I’ve designed. Also, it helps to limit how you use some of the phone’s features. Do you really need GPS to communicate with the devices?”

Making the right choice on connectivity is also critical when you’re taking control-panel functions to the mobile HMI device. “We have so many choices for connectivity: near-field communication, Bluetooth, Wi-Fi, and cellular technologies,” said Lord. “Wi-Fi requires a separate router, and cell requires a decent signal, which is not always available. Then there’s the challenge of managing the app on the handheld device. Do you go to the device store and download an application and log into whatever device you’re talking to? If so, how do you control who’s using the app? Can someone else download the app and log in? There has to be some sort of security.”