Do You Want a Fast, Hard Traditional Robot or a Soft, Slow Cobot? 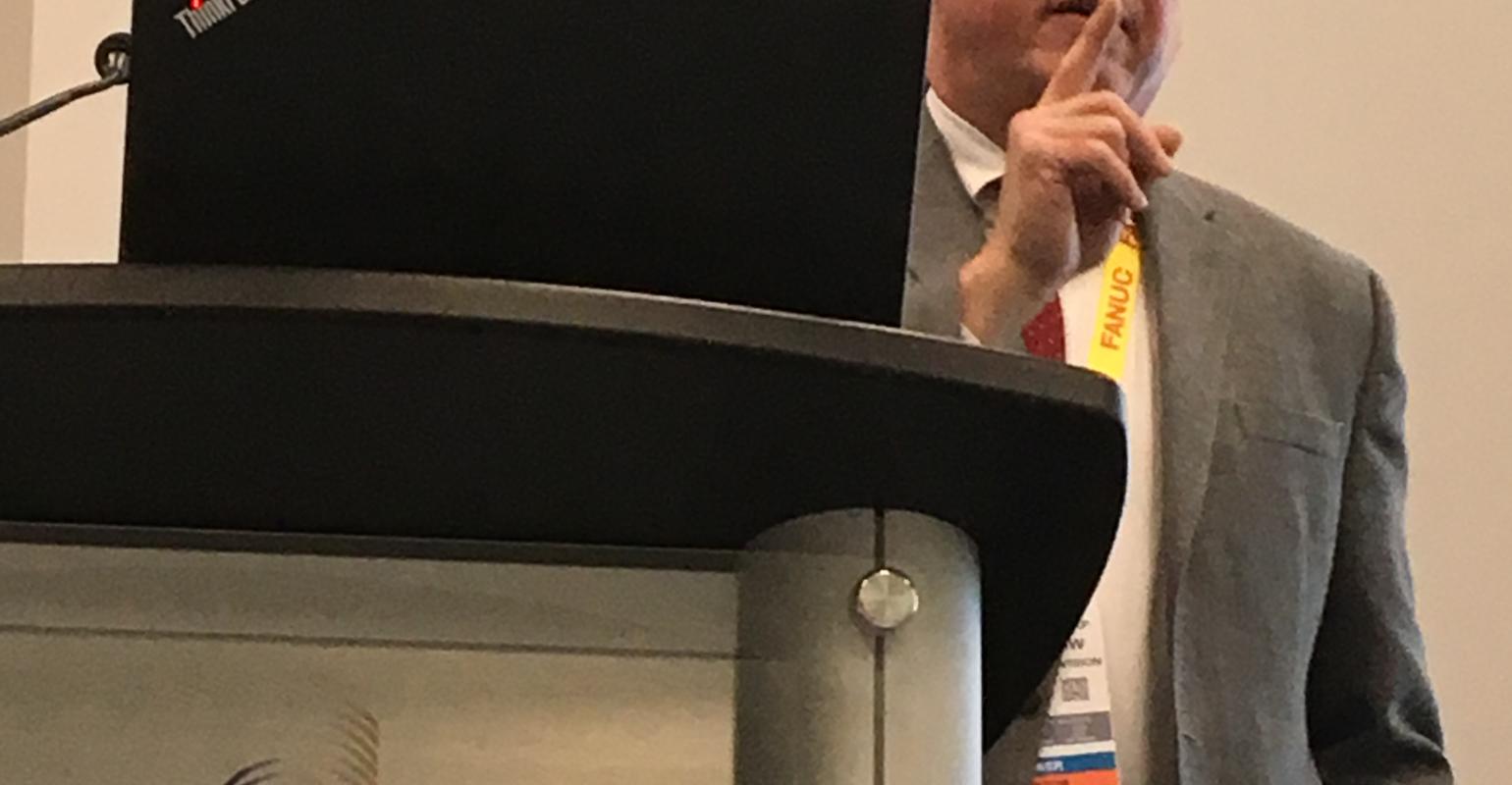 Choosing between a cobot and a traditional robot depends on the processes you want to automate.

Collaborative robots – sometimes called cobots – are offering manufacturers a wide range of new automation options. At the same time, traditional robots are getting designed to work safely next to human workers. They’ve come out of their cages. The prices for small robots—whether cobot or traditional – are coming down, further encouraging small manufacturers to consider robotic as part of their automation mix. Yet what kind of robot do you need – cobot or traditional robot?

At the Pacific Design and Manufacturing Show in Anaheim, Calif., earlier this month, David Dechow, staff engineer for intelligent robotics/machine vision at FANUC America Corp., took up the questions of collaborative robots versus traditional robots during his session, “Robots or Cobots? Tech Considerations that Drive Application Design.” In the session, Dechow discussed benefits and limitations of both conventional robots and collaborative robots.

Automation Is Driven by Return on Investment

The case for using robots comes down to the same formula for any automation decision: Will it improve efficiency and reduce production costs?

“Automaton improves productivity on the plant floor. We can’t do that with manual processes. To automate, we have to define the repeatability in plant processes,” said Dechow. “Once you automate those processes, production costs come down. The ROI on the automated processes proves to be better than non-automated production.”

One of the attractions for robotics is it relieves humans from doing dangerous repetitive work. “The big change in robot automation is the increase in safety for dangerous and repetitive tasks. We don’t want humans to do these tasks,” said Dechow. “It’s been ages since humans have walked into a spray booth to paint a car. Robots have been designed to do these dangerous, repetitive tasks.”

What Is a Robot?

A robot can be an automated process of almost any sort. Or it can be a humanoid machine. “The definition of a robot depends on what you need. It can be an industrial robot, a mobile robot, an autonomous robot,” said Dechow. “There is a constant state of confusion over what a robot is. The media tends to think it needs to be humanoid, while academics think it needs to be a thinking device.”

Dechow noted that robots have become a more attractive automation option now that they don’t have to be isolated from human workers. “The brilliant idea came up a few years ago that we should be able to work next to robots,” said Dechow. “The idea that we can work next to a robot is very helpful in designing plant processes.”

What’s a Robot, What’s a Cobot, and Does It Matter?

Dechow noted that traditional robots are not designed to work directly with human workers. They can be safe around humans, but they don’t work with humans. “A traditional robot is an industrial arm. It is not thinking,” said Dechow. “It’s a programmed device that does exactly what you program it to do. The collaborative robot is a robot that is designed to work in human proximity.”

Cobot and traditional robots are very different in their construction and their potential uses. “The collaborative robot is flexible and programmable versus a traditional robot, which is a hard-fixed automation,” said Dechow. “You don’t want to be anywhere near a traditional robot when it’s doing its tasks. It’s ruthless.”

Traditional robots are safe around humans as long as they are equipped with safety precautions. In recent years, traditional robots have been designed with safety features so humans can work nearby, while not actually working with the robot. “You can work next to any robot as long as it has safety tools that stop it when you get near to it,” said Dechow. “When you get close, it slows down, and then it stops if you get closer. When they are ISO approved, even fast-moving robots become safe.”

Do You Need a Soft Cobot Or Hard Traditional Robot?

So, do you want a robot or cobot? Dechow noted that you have to think about the difference in automations tasks that can be completed by the hard robot versus the soft robot. “Because of their many safety requirements, cobots move at a slower speed. Force is related to speed and mass. If you’re moving something heavy and you don’t want to get hurt, you move it very slowly,” said Dechow. “Speed is significantly reduced in collaborative robots. If you have higher production rates, maybe you have to consider heavy duty traditional robots rather than collaborative robots.”