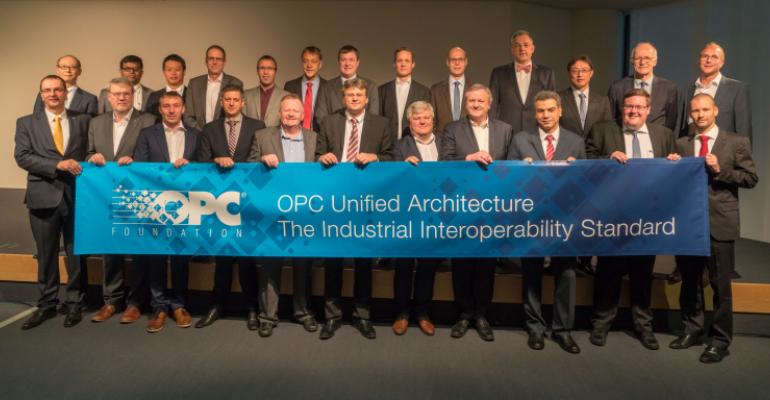 One of the key automation technology megatrends of 2018, OPC UA TSN, took another big step forward with an announcement that the technology is being supported by a wide range of major automation suppliers worldwide, signaling the potential rise of a single, internationally-recognized standard for automation communications. Now, we’re nearing the tipping point, with less talk about the standards itself, and more new product introductions that will no doubt be coming as we head into 2019.

It’s hard to remember a technology development in automation and control that has generated the amount of hyperbole surrounding the combination of OPC UA and TSN. Fabrice Jadot, senior vice president and CTO at Schneider Electric is calling the technology itself “a key pillar of the future industrial IoT architectures,” while Stefan Schönegger, vice president of strategy and innovations at B&R claims that “the days of disparate industrial communication protocols are over.”

According to a separate announcement by B&R, OPC UA over TSN will enable plug-and-play networks that are easier to administer and configure. Network stations will communicate “up to 18 times faster than with any protocol available on the market today” and create new possibilities in tightly synchronized motion and control applications.

OPC UA over TSN is also seen as the key to meeting the requirements of future IoT applications. The technology supports networks comprising tens of thousands of nodes and benefits from bandwidth extensions to the Ethernet standard.

At the SPS IPC Drives Show in November, the CC-Link Partner Association also announced the completion of the specification for “CC-Link IE TSN” – its next generation network based on the current CC-Link IE technology.

Since it is also compatible with SNMP, it provides superior diagnostic support for network devices. The result is that general purpose SNMP monitoring tools can be used to gather and analyze data from devices compatible with either CC-Link IE TSN or IP communication.

It also supports both hardware and software platforms, along with both ASIC and FPGA-based hardware. Development of software protocol stacks on a general-purpose Ethernet chip is also envisioned for both master and slave devices.

Al Presher is a contributing editor for Design News, specializing in automation and control and writing on automation topics, machine control, robotics, fluid power, and power transmission since 2002. Previously he worked in the electronic motion control field for 18 years, most recently as VP of Marketing for ORMEC Systems Corp (manufacturer of PC-based servo control systems).