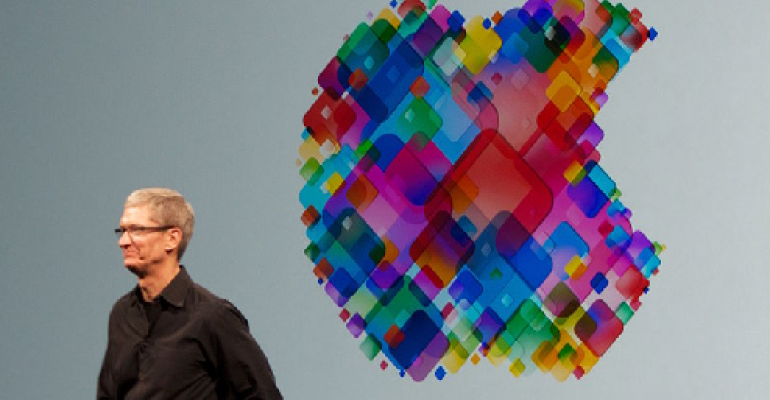 In a move likely to curry favor in Washington, Apple CEO Tim Cook announced Apple will support US advanced manufacturing with a $1 billion fund.

Apple is planning to slap down $1 billion in support of smart manufacturing. On Wednesday, Apple CEO Tim Cook told CNBC’s Jim Cramer that Apple will put a billion of its $256 billion cash hoard into a US Advanced Manufacturing Fund.

The news was welcomed by the Automation Federation, an industry group that works to advance the science and engineering of automation technologies and applications, while also developing the workforce needed to capitalize on automation.  “Initiatives like Apple’s $1 billion fund to promote advanced manufacturing jobs in the US are welcome, since it will place a much-needed focus on this area,” Steve Mustard, industrial cybersecurity expert at the Automation Federation, told Design News. “The fund will be best utilized if it builds on these existing initiatives, rather than starting anew and creating new, similar outputs.”

Cook explained that Apple will be announcing the first investment from the fund later in May. Part of the rationale is to support the technology skillset of US workers. “You can see, we're really looking at this thing deeply. How do we grow our employee base?” said Cook. “How do we grow the developer base? How do we grow manufacturing?”

The fund may also be an attempt to overcome the criticism Apple received from President Trump during the presidential campaign. Trump railed against Apple’s overseas manufacturing. Cook could also be trying to soften the ground for governmental changes in the tax code that would entice Apple to repatriate some of its overseas earning.

Mustard sees Apple’s investment as a boon to US manufacturing that has lagged somewhat in transforming aging plants into smart tech operations. The move by Apple may also nudge the US workforce toward a more sophisticated technology skillset.

“Technology advances continue and the automation footprint increases. While this is often seen as a negative because of short-term job losses, the upside is a demand for an increasingly skilled workforce who are able to design, develop, manufacture, and support the automation systems used by the advanced manufacturing sector,” said Mustard. “The US has been slow to respond to these changing demands and so there is little or no pipeline of suitably qualified workers ready to fill these roles.”

Programs Pushing the Advancement of US Automation

Mustard believe there is plenty of reason for hope for advances in US manufacturing capabilities. “The automation competency model defines the skills and knowledge needed for the advanced manufacturing workforce of today,” said Mustard. “Initiatives such as the National Consortium for Mission Critical Operations are using this model to define education programs to train the next generation to work in these critical roles.”

According to Mustard, military veterans are particularly well suited to convert their skills to smart manufacturing, both because of their familiarity with advanced technology and because of their operational training. “The Automation Federation has looked at veterans, with their already extensive experience in technologically advanced operational roles, and how they can be quickly assessed and retrained using the competency model to provide a ready-made skilled workforce,” said Mustard.