The manufacturing industry is one of the first that will adopt the Internet of Things (IoT), introducing average consumers to the new technology trend, said a Google developer advocate who will be keynoting at ARM's TechCon next month.

Colt McAnlis, who will speak at ARM's annual hardware developer gathering, told Janine Love of our sister publication EDN that retail also will be an early adopter of the new paradigm of connecting myriad devices, machines, and others things-including even movie marquees--through a network of wirelessly enabled sensors. However, consumers won't care too much about the technology itself until it starts influencing their daily lives, he said.

"This is the classic IoT scenario, where a consumer can walk up to a movie poster, and when they glance at their phone, all the show-times are listed already," McAnlis said in the interview. "It's that type of interface between the location-aware content and human device, which should get consumers interested in these types of things. Once their primary device starts humming along with useful communications to the device-world around them, it'll start making more sense."

McAnlis described his position at Google as a bit of a middleman and scapegoat of sorts from both management who are looking for applications to have certain functionality, and developers who are looking for certain kinds of tools to do their jobs properly. 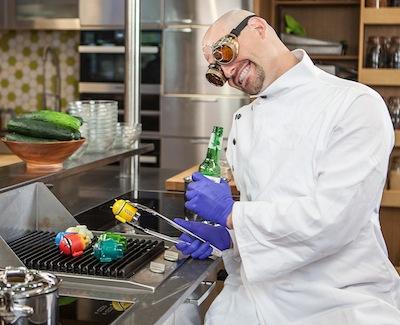 Along with the IoT, McAnlis also discussed advancements in battery technology, wearables, and smart Pop Tart boxes with EDN's Janine Love in advance of his appearance at ARM TechCon, which is scheduled for Nov. 10-12 at the Santa Clara Convention Center in Santa Clara, Calif.