A unique set of multi-network servo drives introduced by Mitsubishi Electric enables the company’s servo motion capabilities to be integrated into EtherNet/IP, EtherCAT, or PROFINET networks. 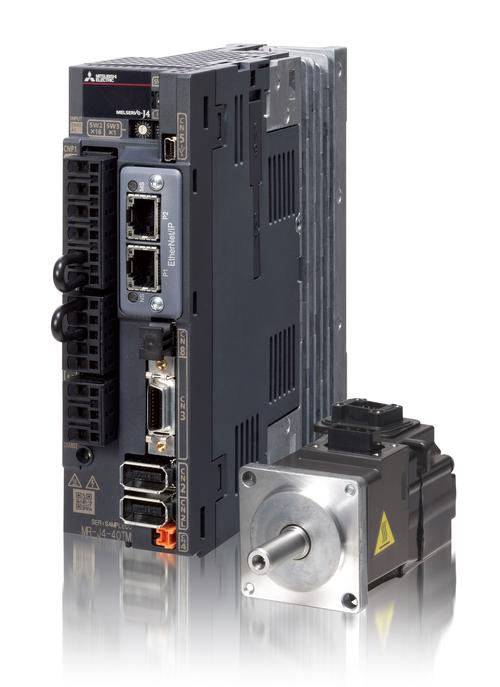 “This is the first time we have released a servo drive that has integrated multiple, third-party networks for compatibility with existing controllers,” Bryan Knight, product manager & automation solutions team leader at Mitsubishi Electric, told Design News. “An HMS Anybus module integrated into the drive can be used to provide either two ports of EtherNet/IP, EtherCAT, or PROFINET.”

The new MR-J4-TM multi-network servo drives with EtherNet/IP and EtherCAT interfaces have recently been introduced; the PROFINET interface will be available later in 2016.

Knight said EtherCAT, for example, is often utilized for PC-based control in markets such as semiconductor, electronics manufacturing, life sciences, and machine tools applications using EtherCAT drives but those machine builders are typically open to a wide variety of different servos, and there isn’t a set product specification.

The Mitsubishi Electric drive is an option because it provides a CIA-402, CAN Application over EtherCAT, interface that allows the drive to be a drop-in replacement. The MR-J4 servo line offers 2.5 kHz frequency response, the internal processing rate of the drive used to support short settling times, along with 4 million pulse per revolution encoders that provides excellent position and velocity data. One-touch auto tuning and advanced vibration suppression control creates an ability to optimize the PID loops continuously as the machine operates, and also to dampen vibration on equipment which helps with shorter settling times.

Another application for using an EtherNet/IP drive is a unique case because a lot of end-users will specify a Rockwell controller, and it’s a common plant standard especially in the food and beverage industry. But they don’t typically have a standard for what servos get used.

Food and beverage is an industry where the Rockwell specification is very difficult to tackle head-on in terms of trying to get a total system specified. The multi-network servo drives provide an alternative offering high reliability and motion control performance.

Knight said that, in comparing support for the three different Ethernet networks, there are some differences. For EtherNet/IP, the add-on instructions simplify the transition. EtherCAT on the other hand is a much more open network which makes it easier to comply with the standard to work with EtherCAT controllers. The new drives can plug into an existing EtherCAT network, and use the built-in motion functions because the servo interface is standardized.

The PROFINET RT option will be used to implement a networked I/O interface versus a motion network. The new servo drives, in that type of application, looks almost like an I/O device. But users can provide target positions, speed, acceleration, and deceleration parameters to operate the unit as an indexing drive on the network.