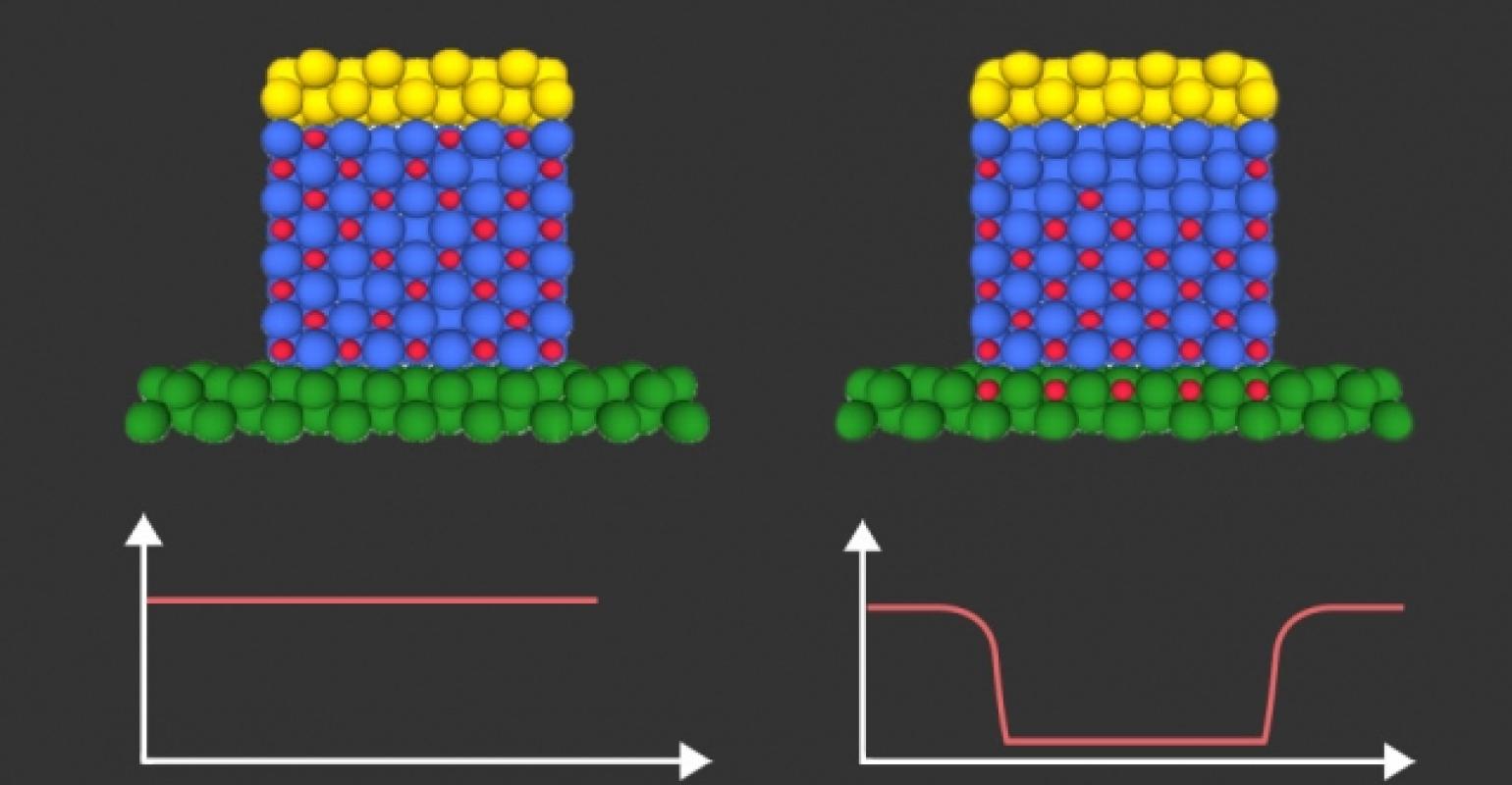 A new way to control magnetism in chips using spintronics developed at MIT paves the way for the design of ultra-low-power electronic components and memory devices.

Researchers at MIT have devised a new approach using spintronics to control magnetism in a microchip. Their method could pave the way for new designs in memory, computing, and sensing devices that consume significantly less power than existing devices.

A team at the MIT Materials Research Laboratory—working with researchers at Brookhaven National Laboratory—has shown that by applying a small voltage, they can control the magnetic properties of a thin-film material. The changes in magnetic orientation remain in their new state without the need for any ongoing power, which is unlike today’s standard memory chips and could help overcome some design limitations, researchers found.

The work explores and expands the use of spintronics to expand the properties of silicon-based microchips, which are drawing close to their fundamental physical limits. This means that engineers need to find new ways to develop microchips with increased capability while simultaneously decreasing the power consumption of the devices.

Spintronics—which uses a property of electrons called spin, instead of their electrical charge—is one promising way researchers have been exploring to achieve these goals. Spintronic devices can retain their magnetic properties without the need for constant power—something silicon memory chips require—so they need far less energy to operate. They also generate less heat, which is another limitation of current chips, researchers said in an MIT news release.

Spintronic technology, however, has its own limitations—the biggest of which is that it’s not easy to rapidly control the magnetic properties of a material electrically by applying a voltage. It’s in this area that the MIT team—led by Geoffrey Beach, a professor of materials science and engineering and co-director of the MIT Materials Research Laboratory—has made a significant breakthrough, he said.

“The big missing ingredient to achieve the full functionalities for magnetic (spintronic) devices is a way to gate a magnetic device in a way that is similar to the gating process for a transistor,” he told Design News. “Our discovery provides a way to achieve this functionality. As a consequence, very efficient magnetic data storage and processing could be achieved by using magnetic materials in microchips, promising low-power, high-speed, highly efficient operation and new ways of processing information.”

To understand why, it’s important to understand a previous approach to using spintronics to control magnetism in microchips and how the new method is different, Beach said. Several years ago, Beach’s Lab pioneered a way to use oxygen ions to oxidize a thin layer of magnetic material, causing significant changes in magnetic properties. However, the insertion and removal of oxygen ions causes the material to swell and shrink, leading to mechanical damage that limits the process and renders it essentially useless for computational devices, researchers said.

The MIT and Brookhaven researchers developed a variation on this method, but used hydrogen ions instead of oxygen, said graduate student Aik Jun Tan, who also worked on the project and is the lead author on a paper about the work published in the journal Nature Materials.

Hydrogen ions can zip in and out of magnetic material very easily, and they are also much smaller than oxygen ions, making the new system much faster and allowing the ions to enter and exit from the crystalline structure of the spintronic device, he said. Moreover, this way of entering and exiting changes the magnetic orientation each time without damaging the material.

Also, unlike oxygen ions, hydrogen can easily pass through metal layers, allowing the team to control properties of layers deep in a device that couldn’t be controlled in any other way.

The team already has demonstrated that the process produces no degradation of the material after more than 2,000 cycles. And since the orientation of the poles of the magnet is what is used to store information, it is possible to easily write and erase data “bits” in spintronic devices using this effect, Tan said.

Beach said that his lab’s initial finding to control magnetism through oxygen ions several years ago unleashed widespread research on a new area dubbed “magnetic ionics,” and that the latest work has “turned on its end this whole field.”

“We developed a device structure that looks similar to a capacitor—that is, two metal layers sandwiching an insulator layer,” he explained. “However, one of the metal layers is a magnetic material, and the insulator layer is a material in which protons (hydrogen ions) can freely pass through.”

The key discovery of the device is that by applying a voltage to the device in air, the water—or humidity in the air—splits into hydrogen and oxygen. Then, the hydrogen is pumped into the solid material, Beach said. When it reaches the magnetic layer, it changes the properties of that layer, which allows researchers to “write” magnetic bits.

“We can reverse the voltage and pump the hydrogen back out, returning the properties of the magnetic layer to their initial configuration,” Beach explained. “So in this way, we have in essence a way to control magnetic properties with an electric voltage, by pumping ions in and out.”

The low-power consumption and high switching speed of the devices makes them potentially useful for devices such as mobile computing, although researchers need to do quite a bit of further work before they are ready for prime time, Beach said.

“I can see lab-based prototypes within a few years or less,” he said, although developing a full working memory cell is “quite complex” and might take longer.