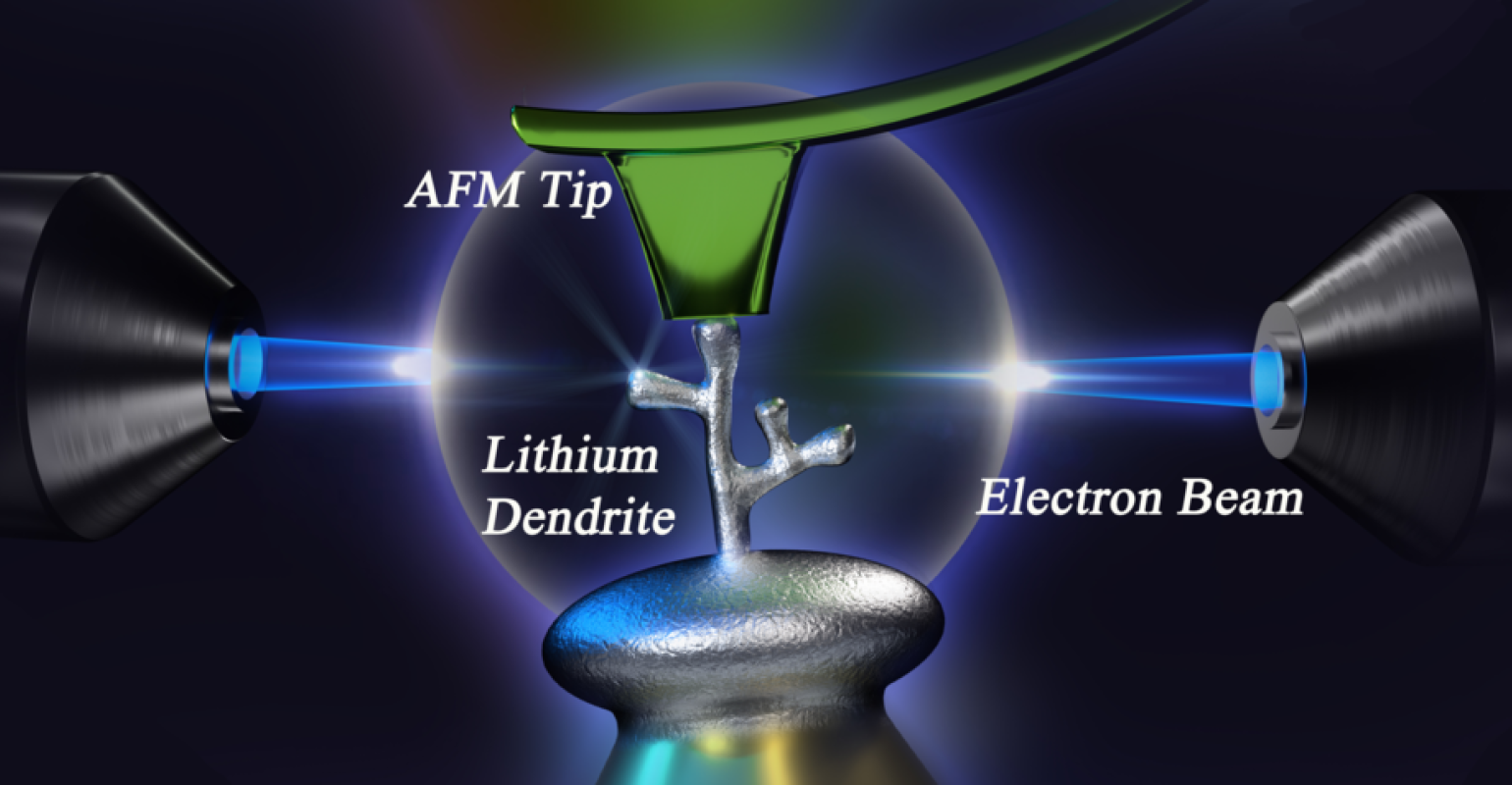 An international team grew and observed dendrites, the reason batteries sometimes catch fire or explode, to help prevent them in future designs.

Dendrites, or needle-like structures that grow between electrodes in lithium-ion batteries, are one of the main resasons these type of batteries short circuit, leading them to catch fire or even explode. This has led to extensive research on how these dendrites form and how to avoid their formation.

Some of this latest research comes from an international team led by researchers at Pennsylvania State University (Penn State), who have found a way to grow and observe dendrites to better understand how to prevent or eliminate their growth. Their work should help promote new lithium-ion battery designs in the future that don’t have this problem.

It’s historically been difficult to observe dendrites in the wild for a couple of key reasons, said Sulin Zhang, a professor of engineering science and mechanics at Penn State who led the research. “It is difficult to detect the nucleation of such a whisker and observe its growth because it is tiny," he said in a press statement. Indeed, dendrites are only a few hundred nanometers in thickness.

Another complication has been that the structures tend to grow from the lithium electrode through either liquid or solid electrolytes toward the positive electrode, basing them in a volatile material, Zhang said. "The extremely high reactivity of lithium also makes it very difficult to experimentally examine its existence and measure its properties.”

Zhang collaborated with researchers at China’s Yanshan University, China University of Petroleum and Xiangtan University, as well as the Georgia Institute of Technology, to try to solve some of these challenges.

Observing dendrite growth and its effect

To observe the growth of dendrites, the team grew lithium whiskers inside an environmental transmission electron microscope (ETEM) using an atmosphere of carbon dioxide. They used this gas because a lithium-carbon dioxide reaction forms an oxide layer that helps stabilize the whiskers.

Researchers also used an atomic force microscope (AFM) tip as a counter electrode, they said. The combination of the two-microscope technique allowed them to simultaneously image whisker growth along with measurement of the growth stress.

By doing so, they could observe the growth of the whisker and the stress it took on the overall battery structure. What they discovered is that if the growth stress is too high, it would penetrate and fracture the solid electrolyte, thus allowing the nascent dendrites to continue growing and eventually short-circuit the cell, Zhang said.

This new knowledge can help inform the design of future batteries to try to avoid the problem, he said. “Now that we know the limit of the growth stress, we can engineer the solid electrolytes accordingly to prevent it,” Zhang said.

Researchers published a paper on their work in the journal Nature Nanotechnology.

The team plans to continue its work to observe how the dendrite forms in a more real-world setting by tracking it in a solid-state electrolyte under TEM to see exactly what happens.