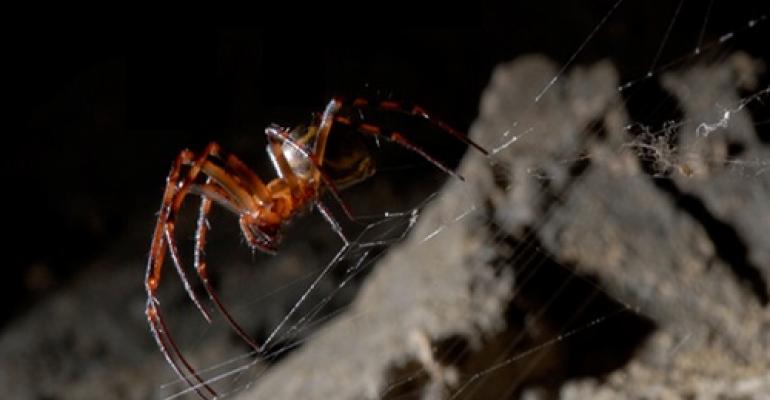 Researchers have found yet another use for the versatile material graphene, this time to bolster the strength and other properties of spider’s silk for potential use in the development of better composite materials.

A team led by researchers at the University of Trento, Italy, found that incorporating graphene and carbon nanotubes—or rolled up graphene sheets—into natural spider’s silk enhanced its strength up to three times and its toughness up to 10 times.

Natural spider silk is known for being strong and mechanically sound, making it a material of increased interest for chemists in the design of better composite materials, among other things. Researchers at the University of Cambridge in the United Kingdom and others also participated in the work, which was part of the Graphene Flagship Work Package on Polymer Composites, a project funded by the European Union.

"This is the highest fiber toughness reported to date, and a strength comparable to that of the strongest carbon fibers or limpet teeth," said Nicola Pugno, a researcher and scientist at the University of Trento.

Though the research is in its early days, he said it shows promise for researchers to exploit the naturally efficient spider spinning process to produce reinforced bionic silk fibers, further improving “one of the most promising strong materials.”

To achieve the enhancements, researchers sprayed solutions of graphene and carbon nanotubes within the enclosure the spiders were kept in, which caused the arachnids to ingest it. They then collected silk then spun by the spiders and tested it for graphene/carbon nanotube content and mechanical properties.

What they found was that the silks spun after the ingestion of the solutions demonstrated better mechanical properties compared to reference silks collected from the same spiders prior to the spraying, researchers said. Specifically, the bio-composite silk threads showed significant increases in strength, toughness, and elasticity.

The team published a paper on their work in the journal 2D Materials.

The work in particular can inform how biological materials and their properties can be used to develop and enhance new and better-performing and more eco-friendly composite materials, said Costas Galiotis, leader of the Graphene Flagship Work Package on Polymer Composites. For example, the artificially modified silks could find use in high-performance or biodegradable textiles such as parachutes or medical dressings, he said.

"Conventional composites, which are now used in so many applications, still suffer from inherent weaknesses that prevent a more widespread use,” Galiotis said. “Natural or biologically inspired composites, however--even those encountered in living species--are far superior in many respects because nature itself has worked out ingenious solutions for specific needs.”

Graphene and related materials in particular present a good opportunity to design new composites at the nanoscale to help surpass the deficiencies of conventional man-made materials, he added.