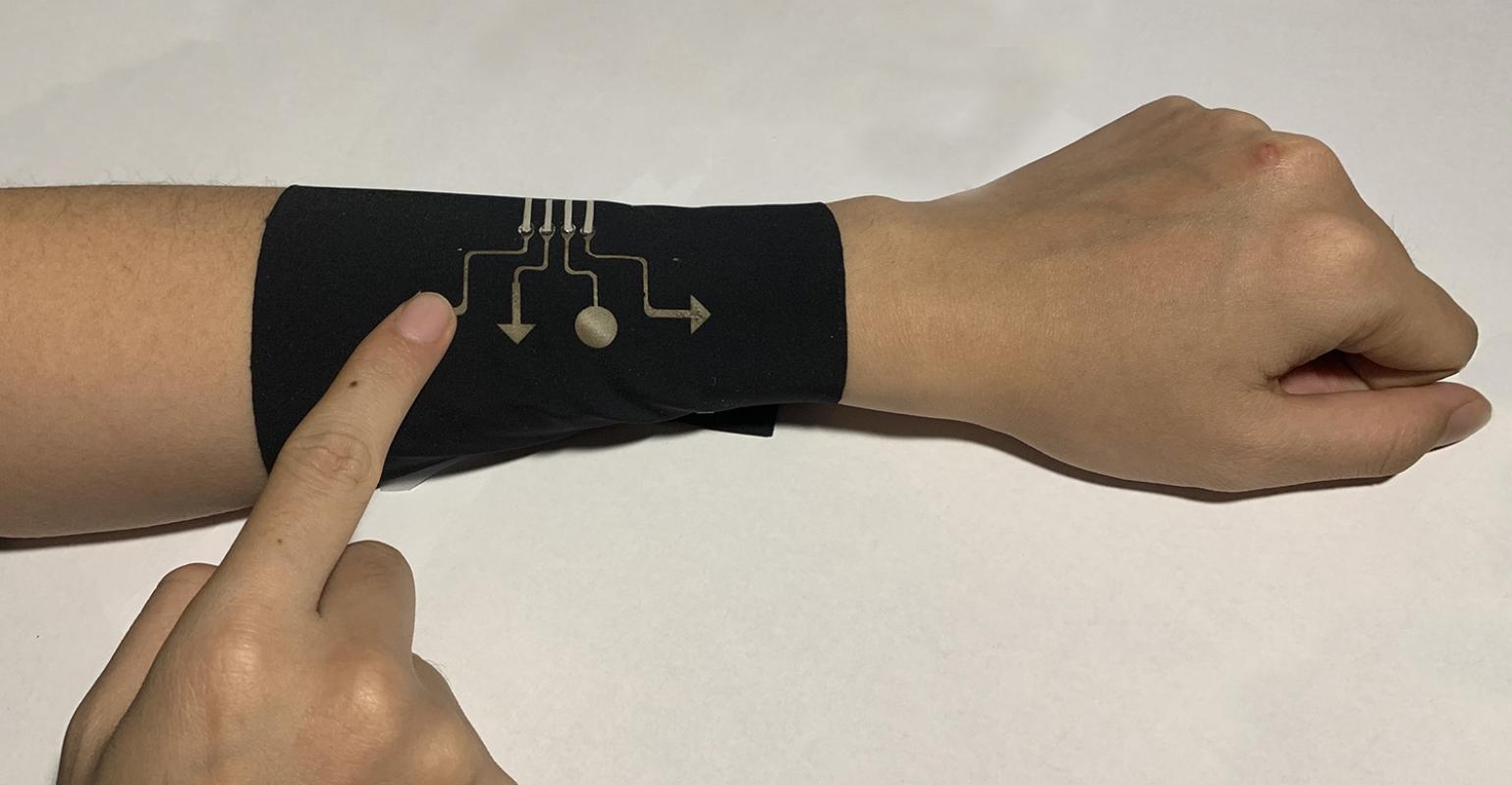 Textile from researchers at North Carolina State University paves the way for long-term use of electronically enhanced clothing.

Researchers have made a step forward in creating wearable technology that’s actually comfortable for long-term use with the design of a new material that can “breathe,” they said.

A team at North Carolina State University developed the gas-permeable material specifically with  specifically in biomedical or wearable electronics in mind, researchers said. The gas permeability of the material permits sweat and other compounds to evaporate away from the skin, which is optimal for the long-term wear of electronic textiles made with the material, said Yong Zhu, a professor of mechanical and aerospace engineering at NC State, who led the project.

“The gas permeability is the big advance over earlier stretchable electronics,” he said in a press statement.

However, this isn’t the only aspect of the material that makes it well-suited for this use. The process researchers used also is helpful for the manufacturing of these devices, “because it’s a simple process that would be easy to scale up,” Zhu said.

That technique is what’s called breath figure, which researchers used to create a stretchable polymer film with an even distribution of holes. They coated the film by dipping it in a solution containing silver nanowires, then heat-pressed the material to create a seal that keeps the wires in place.

“The resulting film shows an excellent combination of electric conductivity, optical transmittance and water-vapor permeability,” Zhu said in a press statement. “And because the silver nanowires are embedded just below the surface of the polymer, the material also exhibits excellent stability in the presence of sweat and after long-term wear.”

The material is very thin—just a few micrometers thick. This means the electronics used in any wearable technology created using the material would have close contact with the skin, creating a good signal-to-noise ratio, researchers said. The breathability of the material also means that it’s less apt to cause skin irritation, even though it’s not very thick.

The team built two prototypes to prove the material’s viability for use in wearables. One was a dry electrode that could be mounted on the skin for use as electrophysiologic sensors, which can be used to measure electrocardiography (ECG) and electromyography (EMG) signals.

“These sensors were able to record signals with excellent quality, on par with commercially available electrodes,” Zhu reported in a press statement.

The second prototype was a wearable textile sleeve that could be used for human-computer interface—specifically, to play computer games such as Tetris—through the use of integrated, porous electrodes.

The team published a paper on its work in the journal ACS Nano as well as a video on YouTube.

Researchers plan to continue to develop the material and create further proof of concepts to demonstrate how it paves the way for wearable sensors or other electronics that can be worn for a significant period of time.

“If we want to develop wearable sensors or user interfaces that can be worn for a significant period of time, we need gas-permeable electronic materials,” Zhu said. “So this is a significant step forward.”