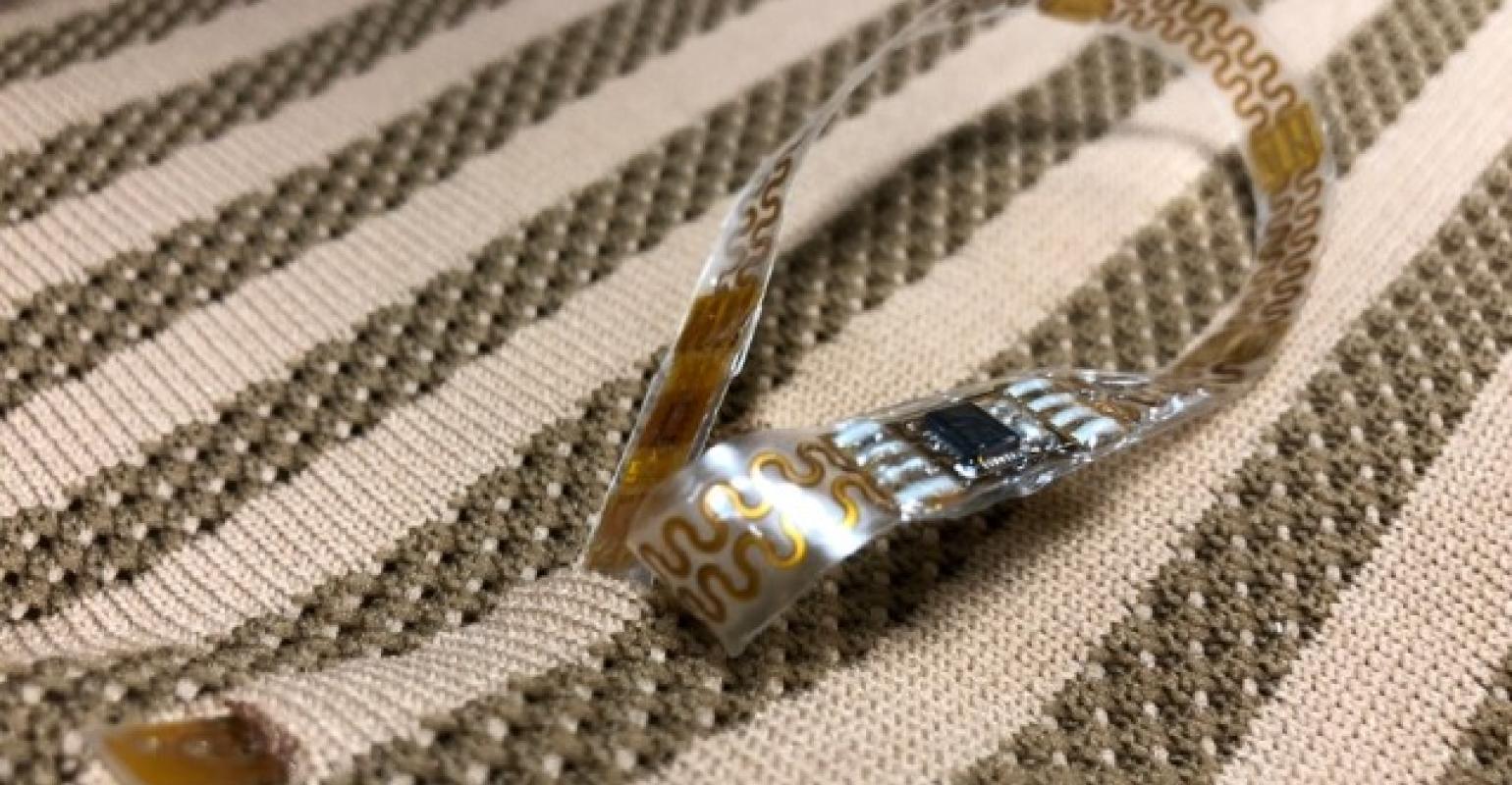 A team at MIT turned everyday clothing like a T-shirt into a health-monitoring device.

With personal health a major concern at the moment, keeping track of one’s vital signs without the use of external devices and just by wearing certain clothing could be a useful tool.

To make this a reality, researchers at MIT have developed a way to incorporate electronic sensors into flexible fabrics, allowing them to create various articles of other clothing such as shirts that can help people keep track of their own temperature, heart rate, respiration, and other health-related data.

While this type of technology is not new—other researchers have created sensors that can be used within wearable technology to monitor health data—the MIT team took a slightly different tack, said Canan Dagdeviren, professor of media arts and sciences at MIT, who led the study.

Most of the technology that’s been developed so far has focused on sensors being built into textiles or skin-light patches that can measure temperature and vital signs. The MIT team instead set out to develop garments that people might normally wear that are a bit more comfortable, Dagdeviren said.

“Our main goal was to measure the physical activity of the body in terms of temperature, respiration, acceleration, all from the same body part, without requiring any fixture or any tape,” she said in a press statement. “In our case, the textile is not electrically functional. It’s just a passive element of our garment so that you can wear the devices comfortably and conformably during your daily activities.”

T-Shirt with a Twist

The sensors the team developed are comprised of long, flexible strips encased in epoxy that researchers have woven into narrow channels created in the fabric. The channels have small openings where the sensors can touch the skin.

The team used a polyester blend as the fabric choice for two reasons—it has moisture-wicking properties, and it can conform to the skin, similar to compression shirts worn during exercise.

To test their solution, researchers developed a T-shirt that, from the outside, appears to be a normal shirt. However, on the inside the electronic parts that touch the skin are visible.

“It compresses on your body, and the active parts of the sensors are exposed to the skin,” Dagdeviren explained.

The sensor-infused garments are washable and the sensors can be removed and moved to a different garment to create another shirt or other type of clothing to perform the same monitoring tasks, she added.

The researchers tested their prototype shirts on people exercising at the gym, which allowed the team to monitor changes in their temperature, heart rate, and breathing rate. They also could observe temperature changes in different parts of the body and how they related to each other because the sensors covered a large area.

The team published a a paper describing the new material in the journal npg Flexible Electronics.

Researchers designed the T-shirts for fabrication in different sizes to fit an array of ages and body types. Dagdeviren and her team also plan to begin developing other types of garments, such as pants, as well as try to incorporate additional sensors for monitoring blood-oxygen levels and other indicators of health.

Researchers envision the garments could be used for remote monitoring of people who are ill, either at home or in the hospital—something that could be useful during a health crisis like the current COVID-19 outbreak. It also could be used by athletes or astronauts to keep track of their vital signs.

“These are customizable, so we can make garments for anyone who needs to have some physical data from their body like temperature, respiration rate, and so forth,” Dagdeverin said.