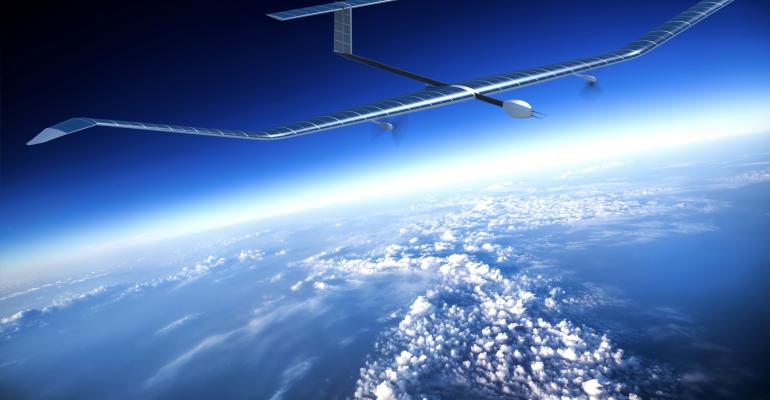 Motorsports and aviation are finding new, high technology areas in which to collaborate.

A hundred years ago, auto racing and aviation shared many of the same technical challenges. Engineers whose work encompassed the beginnings of aerodynamic streamlining, demands for lightweight construction, maximizing piston engine performance, and enhanced safety found similar solutions for aircraft and automobiles. The dawn of the jet age in the late 1950s, however caused a divergence of technologies and interests, as aside from a few jet-powered land speed record cars, performance of racing cars depended upon the combustion of gasoline in an internal combustion engine.

Recently, the aviation industry has discovered potential in the electrification of flight, and particularly in the latest battery technologies—an interest shared by automobile manufacturers.  For the past several years, the top forms of auto racing have employed electric hybrid technologies and advanced batteries to store energy and enhance engine efficiency. Now we see companies from both modes of transport coming together to find common ground.

In December of 2017, European aircraft manufacturer Airbus and Formula One constructor Williams signed a memorandum of understanding (MoU) to “explore potential areas of technical collaboration.”

Airbus is probably best known for its range of passenger airliners, but is also a leader in aerospace and defense aviation. Williams Advanced Engineering is a part of the Williams Group, which was formed in 1977 as Williams Grand Prix Engineering by Sir Frank Williams and Sir Patrick Head to compete in the FIA Formula One racing series. Williams has been highly successful in its 40 years of competition, securing the FIA Formula One World Championship title 16 times.

In addition, Williams was the exclusive battery supplier to the FIA Formula E electric racing championship series from its inception in 2014 until the end of 2017 when McLaren Applied Technology took over supplying batteries for the program.

Under the terms of the agreement between the two companies, the initial emphasis will be on combining William’s electric battery expertise and lightweight composite fabrication skills with the Airbus Zephyr High Altitude Pseudo-Satellite (HAPS) program. Zephyr holds several endurance records and is an unmanned aerial system (drone) that can fly at 65,000 feet for months at a time. It can act as a communications and surveillance platform and has begun initial production in the United Kingdom for the British Ministry of Defense.

The Zephyr was originally designed in 2003 and is powered by two electrically driven propellers that obtain energy from solar panels that cover its 92-foot (28 meter) wide wingspan. The airframe and wings are constructed from lightweight carbon fiber, another area where Williams has significant expertise.

It isn’t the only recent collaboration between aviation and top line auto racing. In 2004 aircraft giant Boeing connected with Renault’s Formula One team to explore the potential for technology transfer. In the years since developments in aerodynamic simulations via computational fluid dynamics (CFD) and additive manufacturing have been reported as resulting from the mutual pairing. There is enough similarity in technology that for new engineers interested in working in racing, an aerospace degree has become the preferred path.

As much as Airbus can learn from an agile racing team like Williams, the arrangement will probably not be one-sided. “Airbus is a name synonymous with innovation and technology in the industry,” said Craig Wilson, managing director of Williams Advanced Engineering, in a statement. “As such we are delighted to be working with them on this project, and hope to share some of our expertise in electrification, battery systems and advanced lightweight materials, as well as learn from their vast experience in aerospace.” The financial might of Airbus allows it to explore new materials and basic science in ways that Williams cannot—the company whose origins come from the high-pressure world of motorsports stands to accelerate its use of new technologies both in racing and for its other high technology customers.

Senior Editor Kevin Clemens has written about energy, automotive, and transportation topics for more than 30 years. He holds several world land speed records on electric motorcycles that he built in his workshop.