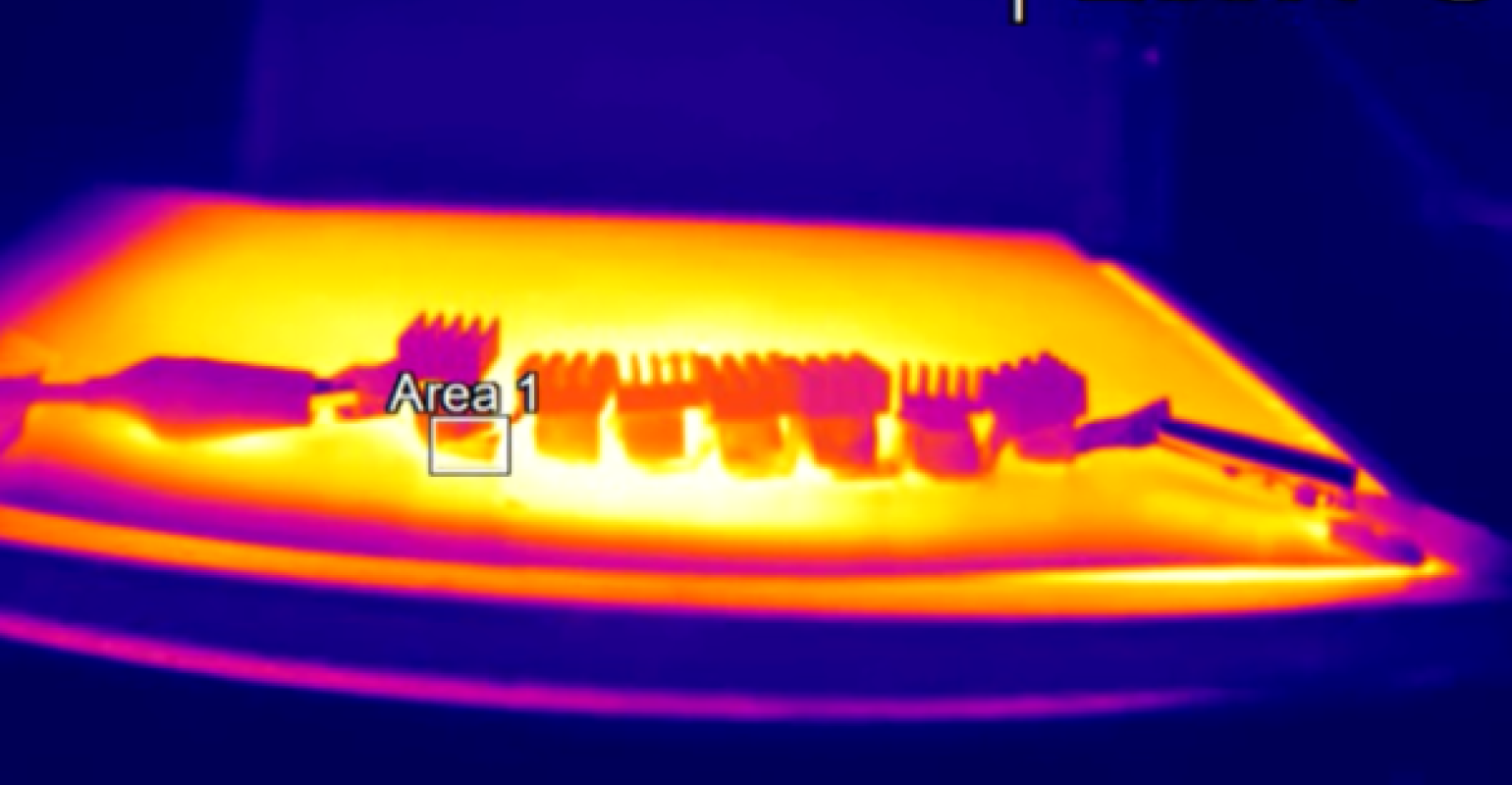 Researchers have developed a thermoelectric 3D-printed device with the highest conversion efficiency to date.

Researchers in the United Kingdom have made a breakthrough in the performance of 3D-printed electronics that turn waste heat into energy with a new thermoelectric device created through a novel fabrication method.

The device—developed by researchers at Swansea University’s SPECIFIC Innovation and Knowledge Centre—converts heat to electricity with 50 percent more efficiency than the previous best performance of a printed device, researchers said. The center is aimed at developing technologies for reducing carbon emissions for applications including more efficient buildings and industrial processes.

Thermoelectric materials already are used in refrigerators, power plants, and even some smart watches to turn differences in temperature into electric power, or vice versa.

Researchers achieved their results by developing a more efficient and cheaper way to produce a key material for the device, tinselenide.

Scientists long have known that this compound, comprised of tin and selenium, has had high potential as a thermoelectric material. However, traditional methods to manufacture this compound are energy intensive and thus expensive.

Carnie’s team figured out a way around this by first developing an ink made of tin selenide that they can print to test its properties,­­­ and then a 3D-printing technique that uses that ink to produce a small thermoelectric generator.

In experiments, the devices outperformed previously developed 3D-printed thermoelectric materials, achieving a 1.7 on the “figure of merit” scale for measuring performance of such devices. Previously, the best performance achieved by a similar device was 1.0, researchers said. Moreover, the device developed by the Swansea team turned heat into electricity at an efficiency rate of 9.5 percent, compared to 4.5 percent for the previous best performance.

The device also is cheap to produce in bulk compared with established manufacturing methods, he added. The team published a paper on its work in the journal Advanced Energy Materials.

Researchers believe the device could be of particular use to industries where high temperatures are involved in the manufacturing process, such as the steel industry, which generates vast amounts of heat while requiring immense electrical power, they said.

The team plans to continue its work to optimize the device and explore its various applications, Carnie said.

“More work is needed, but already our work shows that this technique, combining efficiency and economy, could be very attractive to energy-intensive industries.”