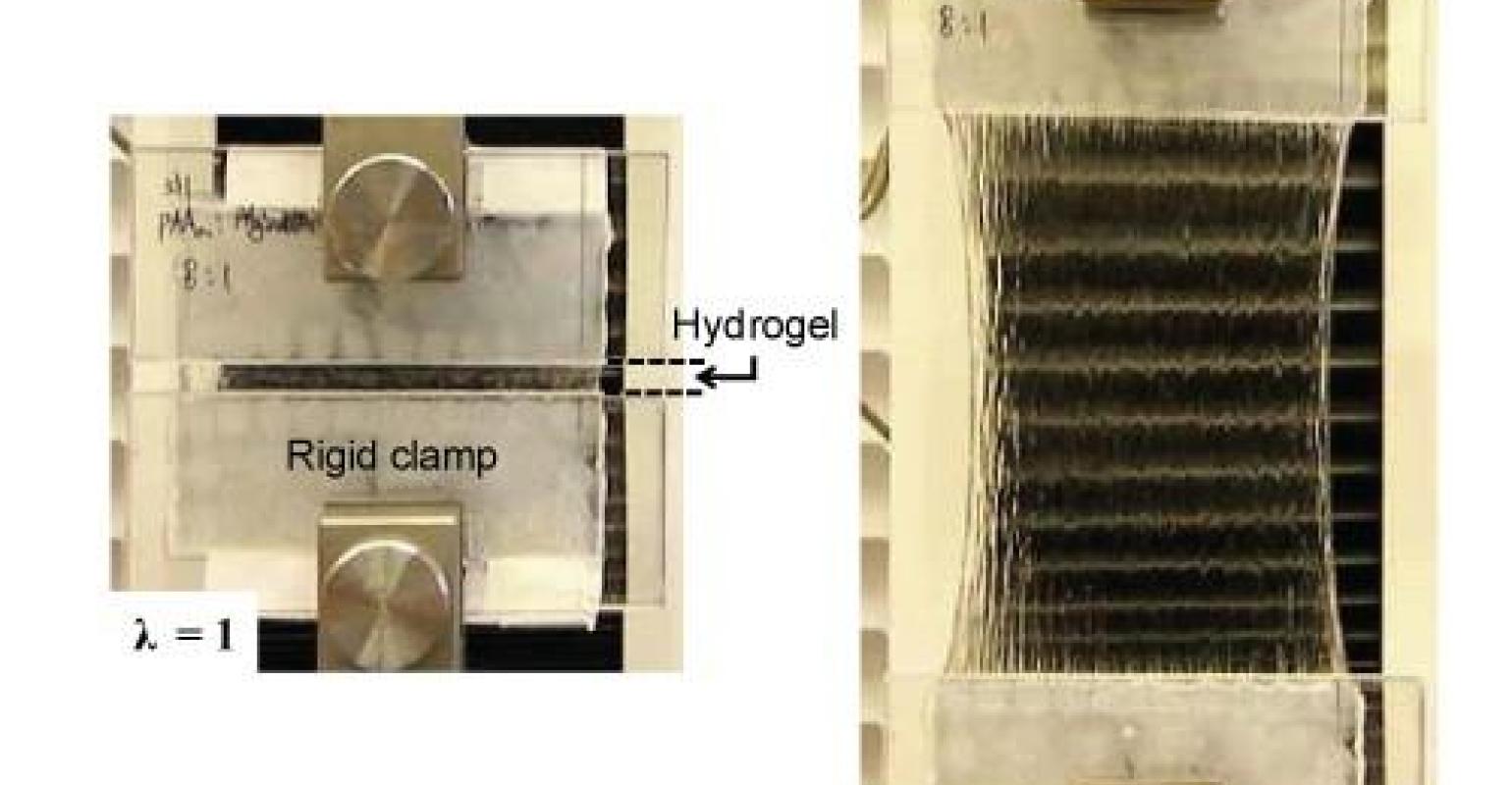 Highly absorbent hydrogels, used in medical and bioengineering applications, tend to be flexible, but also brittle and not very stretchable. A team of engineering and materials science researchers from Harvard University, Seoul National University, and Duke University has invented a set of tough, synthetic hydrogels that can be stretched up to 21 times their length and still recover.

Used to make scaffolds for tissue engineering, as well as drug delivery vehicles, hydrogels absorb as much as 99.9 percent water and are made of natural or synthetic polymers. They are used in biology research and medical applications because their high water content makes them flexible, like living tissue. 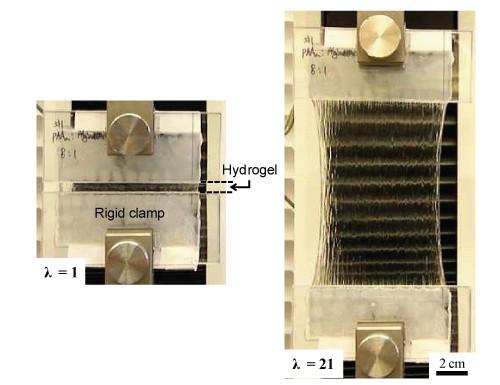 In an article published in Nature (subscription or payment required), the researchers say they synthesized their new materials from polymers that form ionically and covalently crosslinked networks. The new hybrid hydrogels were formed of alginate and polacrylamide, and contain about 90 percent water. Although some elastic hydrogels have stretched to between 10 and 20 times their length, samples that contained notches or other deformations stretched much less. When containing notches, the new materials stretch up to 17 times their length, and notches remain stable. (Watch a video of the notched material stretching here.)

(Watch a video of a large, recoverable deformation formed by a metal ball dropping on a membrane of the gel here.)

Because the new gels are tough, self-healing, biocompatible, and flexible, they could be used as replacements for human cartilage, in soft robotics, as artificial muscles, or as a protective covering for wounds. Different combinations of weak and strong molecular integration could make hybrid hydrogels with different sets of characteristics.