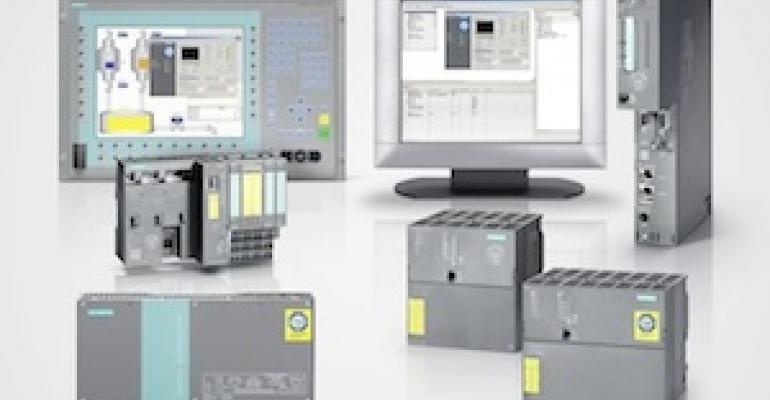 Watch This Webinar
More and more, the main impetus behind putting safety on an industrial network is to increase productivity. Along with the primary goal of protecting the people working in a manufacturing operation, the level of diagnostics available with networking can have a direct impact on reducing downtime. The better the diagnostics, the faster a user can troubleshoot a system to get it up and running again which, in turn, increases productivity and makes for a safer environment.

With the move to networked safety systems, especially on Industrial Ethernet, there has been an increase in the number of devices available for safety networks such as failsafe motor starters and drives. In the past, safety devices were hardwired into the system and provided a minimal level of diagnostics through the network. E-stops, for example, were either on or off, with no more detailed diagnostic information available.

But now with safety networks, a large amount of safety data can be passed over the network in a failsafe way. This facilitates designing complex safety systems and architectures that are easy to implement.

Safety System Trends
One major trend in safety systems hardware and software is the combination of failsafe operation, machine and motion control in one controller. Many systems in the past had separate controllers for motion and safety. But increasingly, all of these functions are available in a single controller on one network.

It's also becoming easier to integrate use of standard and safety devices in the same system, and on the same network. For major suppliers such as Siemens, motor starters and failsafe drives are integrated on the company's distributed I/O network. For customers implementing systems, the process of adding safety devices is similar to adding an I/O drop at a location. Adding either standard or failsafe devices to the network is a seamless process within the same I/O drop.

Another safety technology area picking up speed is wireless safety. Especially in warehouses or distribution centers where material handling applications such as gantry systems are used, it is difficult and expensive to do all of the wiring required to integrate a safety system. Wireless is the perfect fit for applications where there is a strong desire to limit the number of wires. Wireless systems are easier and faster to implement, and also use a minimal amount of floor and cabinet space.

An additional innovation with wireless safety is the use of mobile safety panels, which alleviates the issues of HMI panel placement since E-stops can be implemented on the mobile panels. With a static HMI panel built into the machine, the operator often needed to physically go to the HMI to determine the problem. With the mobile safety panel operating over a wireless connection in the operator's hands, he can walk around the machine and view diagnostic screens, using switching zone controls to view different parts of the process. Another benefit to the mobile safety panel is the ability to control multiple machines with safety.
0 comments
Hide comments
Related