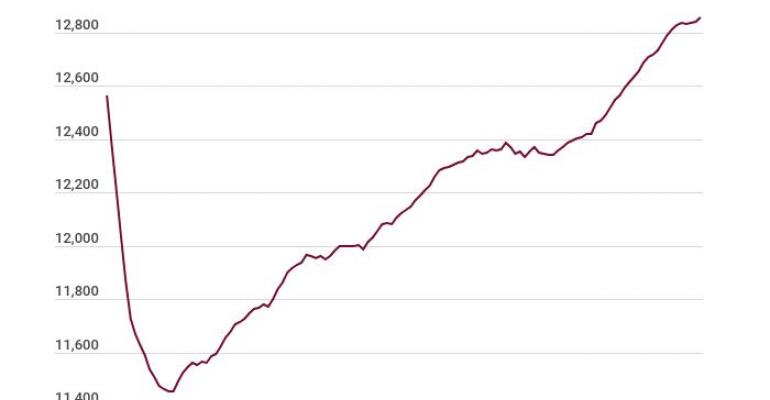 In spite of three months of contraction in US manufacturing, there is still nearly a half million job openings.

According to the Institute for Supply Management, manufacturing in the US has been contracting for three months. That’s the first time since 2009. An ISM number below 50% constitutes a contraction in manufacturing. In August we saw 49.5% in September 47.8%, and in October 48.3%. While the reports are fanning fears of recession, to many manufacturers, layoffs are not likely. They still don’t have enough workers.

There is a surprising number of jobs going unfilled. In September there were almost 500,000 jobs open in manufacturing, according to the Bureau of Labor Statistics. In a recent report, Deloitte predicted that between 2018 and 2028 persistent skills shortage could risk $2.5 trillion in economic output for manufacturing.

Too Many Unfilled Manufacturing Jobs

In an attempt to bring clarity to the conflicting data. QuickBooks, conducted a survey of more than 1000 manufacturing executives and hiring managers. The results suggest that reports of a manufacturing recession may be premature:

The survey also identified the most in-demand job titles as:

The report was produced by Ben Olveri, author at Intuit Quick Books. He noted that all of the respondents to the survey were in the US. He also pointed out that automation will play a significant role in dealing with the workforce shortage. “About 37% of respondents reported they were moderately likely to add automation capabilities to their operations in the next 12 months, while 18.9% said they were extremely likely to,” Olveri told Design News. “Based on our report, automation appears to play a significant role in the future of manufacturing operations.”

Olveri put some of the blame for the workforce gap on the US education system. “Given what has been reported about the skills gap in manufacturing and a lack of STEM graduates in the US, it wasn't too surprising to learn 44% of respondents reported that potential hires lacked problem-solving and critical thinking skills,” said Olveri.

RELATED ARTICLES:He noted there were some data points that were unexpected. “The most surprising result in the study was that 78% of those surveyed reported they have plans to hire more skilled workers within the next year,” said Olveri. “In light of recent reports that manufacturing is contracting in the US, manufacturers are still looking to hire more skilled workers for their businesses.”