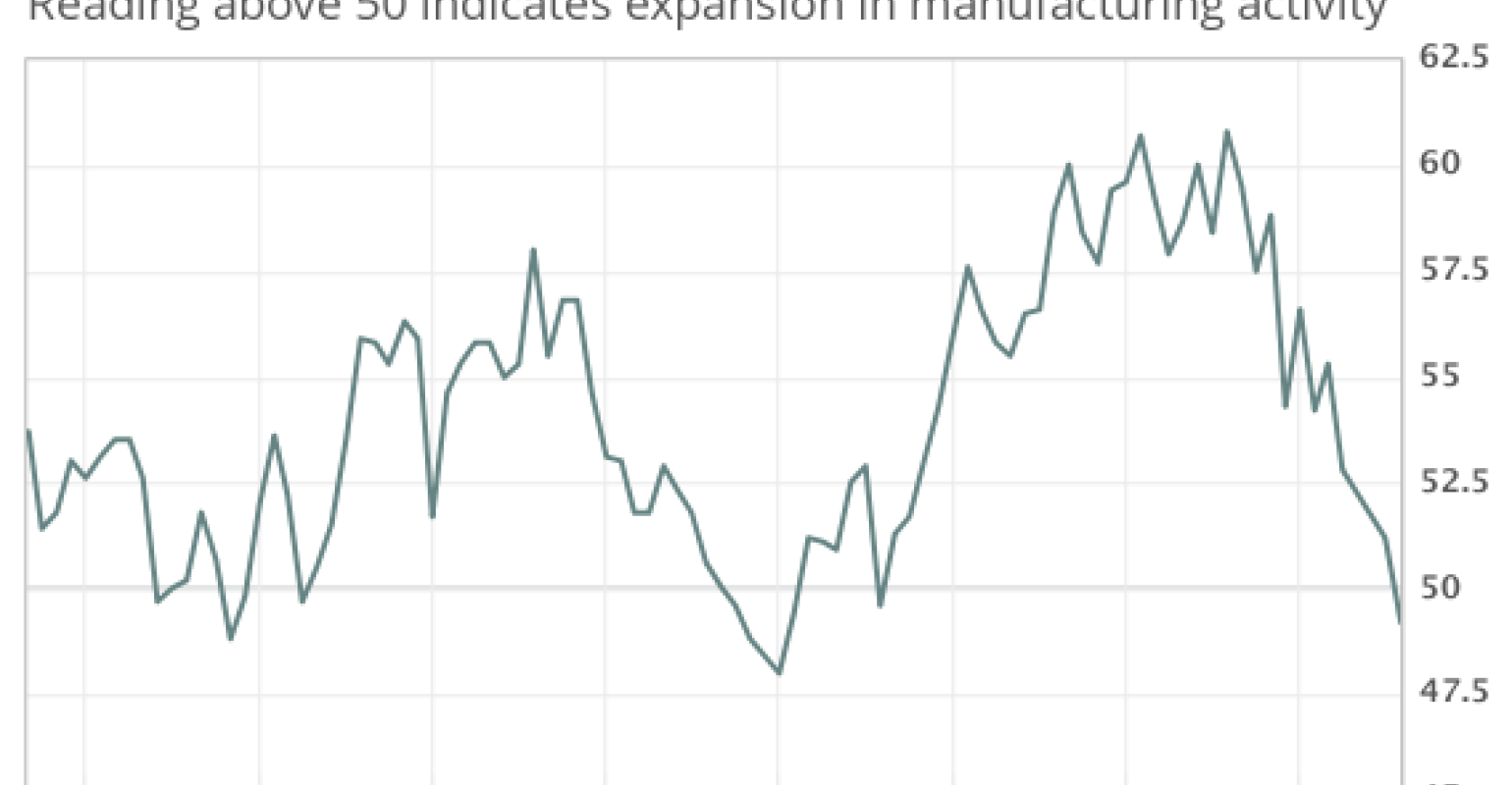 Manufacturers Are Taking a Hit from Tariffs

US electronics manufacturers are struggling with higher costs from US and Chinese Tariffs, leaving jobs and investments at risk.

Almost 90% of US electronics manufacturers are troubled by the higher tariffs imposed by the United States and China on each other’s imports. Consequently, some inventors are backing off US manufacturing, which is resulting in a pullback in investments and hiring. These are some of the results of a survey conducted by IPC, an analyst firm that studies the electronics manufacturing industry. The company queried its US members in late September and early October.

These changes are putting US manufacturers back on their heels, and the damage is showing up in the statistics. According to the Institute for Supply Management, manufacturing in the US has been contracting for two months. That’s the first time since 2009. An ISM number below 50% constitutes a contraction in manufacturing. In August we saw 49.5%, in September, 47.8%. The reports are fanning fears of recession, and most analysts point to tariffs as the problem.

The IPC survey results are bearing this out. Some 69% of companies report lower profit margins as a result of increased tariffs, with a ripple effect of negative consequences: 21% report they are reducing investment in the United States, and 13% say they are cutting back on hiring and/or reducing headcount. “Rising tariffs are putting a painful squeeze on many US electronics manufacturers,” said IPC chief economist Shawn DuBravac in a statement. “Many are facing supply-chain disruptions and steeper costs from the tariffs that have been imposed to date, and the impacts will grow as the trade war drags on.”

IPC found that more than a third of companies report they cannot increase their prices to cover the cost of higher import tariffs. “Our industry has longstanding concerns about some of China’s industrial policies, including government subsidies and intellectual property violations,” said IPC president and CEO John Mitchell in a statement. “But addressing unfair trade practices by ratcheting up tariffs is like using a sledgehammer to make orange juice. In both cases, it’s the wrong tool and makes a mess of the job.”

The study found that 51% of companies report they are now sourcing from countries other than China as a result of increased tariffs on Chinese imports. “We call on the governments of the United States and China to de-escalate the tariffs, focus on results at the negotiating table, and conclude agreements that address long-standing issues of concern to both sides,” said Mitchell. “We also call on all members of the World Trade Organization to restore that body’s ability to play its role as arbiter of international trade disputes, so that nations won’t feel a need to resort to tariffs to resolve trade disputes.”