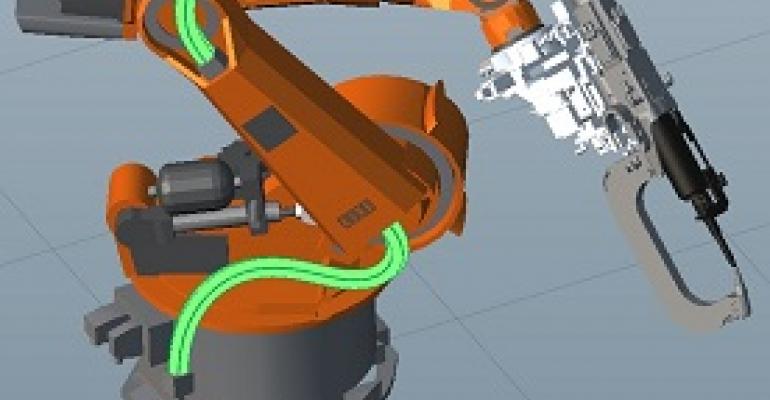 Siemens’ Kineo path-planning software has been upgraded so it can analyze cables for potential wear problems and to avoid cable-robot collisions. 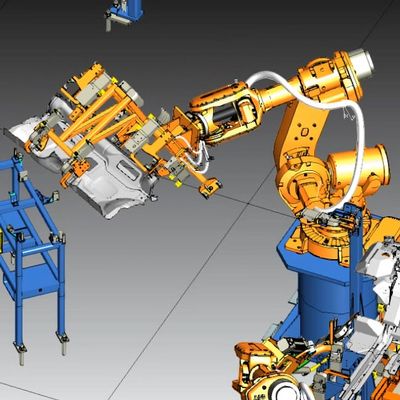 During the process of creating a manufacturing line – particularly one with robotics –  Kineo is designed to guide the design team in ensuring the system has the right parts and to make sure the parts don’t collide.

“We had two major goals with this release. One was to enhance KineoWorks, which is a path-planning tool. The other was to develop a tool for collision detection and cable selection. It’s used for part planning in assembly and disassembly,” Jonathan Rimmer, product marketing manager for components at Siemens PLM, told Design News. “If you want to insert a part into an assembly, you can use Kineo to see if it will collide with another part.”

Kineo Flexible Cables was developed with a specific focus on applications in robotics. The cables that power articulated robot systems are prone to failure due to repeated stress and collisions in the operating environment. The new release is designed to reduce these risks by optimizing dynamic cable performance and reducing material stresses in a virtual prototype that lets the user model collision-free cable behavior in motion simulation applications.

“Downtime can occur when cables collide with their environment or they wear out early because of the manufacturing processes. So, we developed this application to predict how cables will behave,” said Rimmer.

KineoWorks now offers an integrated tool for computing an envelope around static and moving parts. In the case of static parts or assemblies, this wrapping capability generates very light-weight data representations. User-defined levels of tessellation guides the design team in determining space allocation. In the case of moving parts, a comprehensive sweep volume enables the design team to determine space allocation for moving parts.

The new release was also designed to reveal how a cable will behave based on its size and thickness. “We’ve made some performance enhancements. There are certain parameters on cable that can be included, such as thickness. You can input the thickness of the cable, and Kineo will determine how that cable will react to the motion,” said Rimmer. “It will tell you the stress forces that are acting on the cable based on its position. Then you can determine how that cable will perform and where it will collide.”