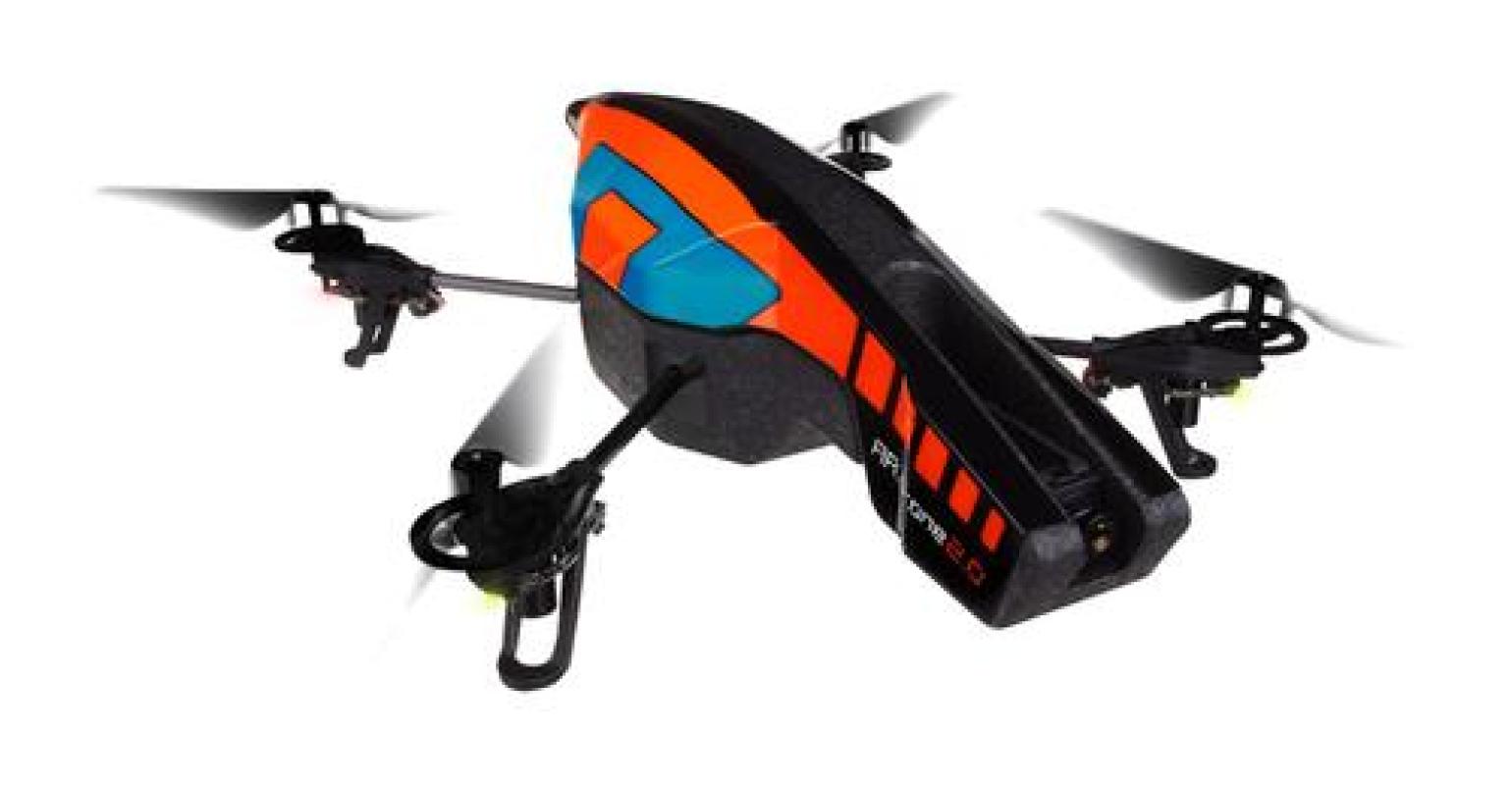 It costs less than a quarter of the $1,400 bill of materials estimated for the Japanese Defense Ministry's flying sphere. The battery gives it a running time of only 12 minutes. And its CPU is only a 468MHz ARM9. But the AR.Drone 2.0, which Parrot introduced at this year's Consumer Electronics Show, has impressive hovering, takeoff, and landing abilities similar to those of the Japanese sphere. (You can access videos here and here.) 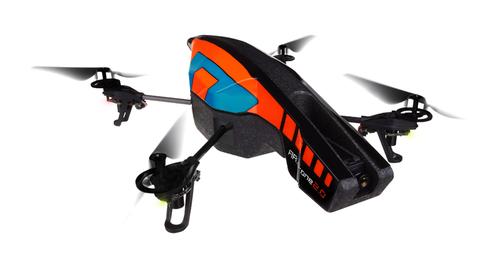 The AR.Drone 2.0 is the second version of the popular flying robot, which its maker calls a flying, augmented reality video game. It's got on-board video cameras and WiFi for streaming video to the handheld control device, which can be an iPod Touch, iPhone, or iPad. Though it was designed for Apple platforms, it will be available on other hardware "in the next few months," the company says. It can also be controlled with a Linux PC and a joystick using the AR.Drone Navigation software, which is available for free and was designed for application developers.

With some imagination and better electronics, the robot could be both cheap and powerful enough to form a design platform for machine vision and military applications. It's also really cool to look at, and I bet it's a lot of fun to play with. If I were an engineer, I'd want to figure out how to make it more powerful without weighing too much more or compromising its moves.

The Parrot quadricopter is made of carbon fiber and high-resistance PA66 plastic, a polyamide, or nylon. Its embedded CPU runs Linux, and memory is kept at a low 128Mbytes of 200MHz DDR. Running speed is 16.4 feet per second, or 11.2mph. With its protective hull for indoor use, it measures 20.7 inches x 20.3 inches. Outdoors, without the hull, the Parrot measures 17.7 inches x 11.4 inches. With or without the hull, it weighs less than a pound.