HomeAutomationHumans Need to Beat Robots at Collaboration
Recent
Automation
Novel 3D Printing Method Used to Replenish Coral Reefs
May 16, 2022
Volkswagen’s Electric Successor to the International Scout 4x4
May 16, 2022
The Music Is Over For Apple's iPod
May 16, 2022
Q&A With IndyCar Gearbox Expert Anna Chatten
May 13, 2022
POLL
Intel Unveils Trust Authority to Boost Security
May 13, 2022
Supplier News Looks at Highly Customizable Industrial Monitors
May 12, 2022
Here Technologies Maps are Key to Mercedes Level 3 Automation
May 12, 2022
'We Built the Domino's Pizza Tracker for Manufacturing'
May 12, 2022 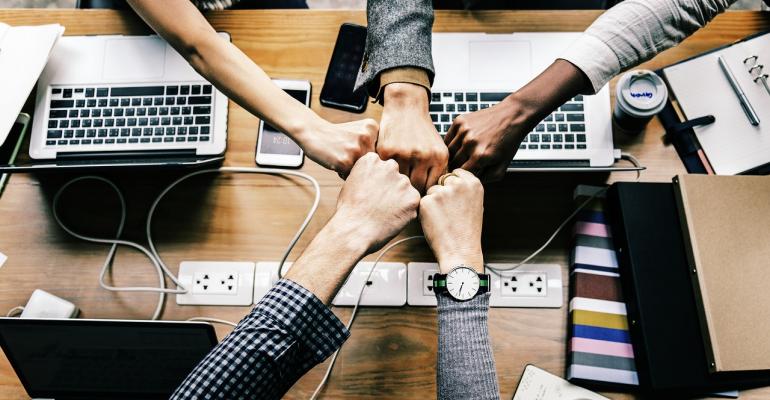 Would you rather collaborate with a machine or a human?

In a chapter in his 2004 book, Team Cognition, researcher and educator Dr. Stephen Fiore of the University of Central Florida discussed robotic software that allowed robots to work in teams, both with other robots and with humans. The researchers "worked to integrate theories from neuroscience, psychology, and philosophy to reconcile radical embodied cognition with traditional approaches to cognitive neuroscience." As time went on, however, Fiore recognized that not only was collaboration a skill that robots would need to learn, but one that humans are not very good at it either.

Decisions involving large-scale human systems cannot be responsibly made in a vacuum, and far wider consideration must be given to their implications than what has long been deemed sufficient. This will require collaboration across a diverse range of knowledgeable stakeholders from different perspectives, disciplines, and nationalities, speaking different languages, and with different sets of assumption of how the world should work.

According to a recent article by Fiore in the journal Psychological Science in the Public Interest entitled “Advancing the Science of Collaborative Problem Solving,” "Collaborative problem solving [CPS] is an essential skill in the workforce and the community because many of the problems faced in the modern world require teams to integrate group achievements with team members' idiosyncratic knowledge."

And yet, it's not being taught anywhere. That's why Fiore has devoted his career to "The Science of Team Science," and more recently, the challenge of CPS.

In a 2018 paper that appeared in Nature Human Behavior, Fiore, along with co-authors Arthur Graesser and Samuel Greiff, wrote that collaboration is, "essential because some tasks are too complex for a person to work through alone. This trend is accelerating with increasing need to solve complex environmental, social, and public health problems." And yet most of us were taught core skills such as reading, math, and science as if we would be using them to solve problems on our own.

It would seem that the ability to work well in teams would come naturally, but it doesn't. A 2015 assessment report by the Programme for International Student Assessment (PISA), a branch of the Organization for Economic Co-operation and Development (OECD), found significant shortfalls in collaborative problem-solving skills in most countries, even relative to scores within core disciplines. The global average showed that only 35.8% of students scored at Level 2 or above (>54% of highest possible score). Compare this with 54.1% achieving this same level in mathematics. The US scored slightly better, with 43.5% achieving this level in CPS and was ranked 13th overall.

Getting Smarter About Helping Humans

In a conversation with Design News, Fiore describes two approaches to the challenge of improving collaborative skills. The first examines what kinds of tools, particularly software tools, might be helpful in addressing the challenge of humans collaborating with each other, either in traditional interaction or with or through machines. The second approach concerns how to teach humans skills that will improve their ability to collaborate with one another, not only within their own field (as in Team Science), but also across disciplines, languages, and cultures.

When Fiore worked on the PISA report, one area that received a lot of attention was that in order to be able to assess a given individual's ability to collaborate they needed a way to evaluate written responses. That involved delving into the field of computational linguistics, which examines and extends the ability of computers to interact with large caches of written information. This is an area that runs parallel to the work such as developing AI tools for material selection.

Fiore describes a case study in which engineers were working on a desalination project. The issue was that “engineers don’t have the time to distill all the biology literature to solve the problem,” Fiore said. “There's just way too much information out there and we need to get smarter about helping humans with that."

So a tool was built to help the engineers. That system utilized IBM Watson to take a question, break it down to smaller questions, then search available literature and produce a visualization depicting the relationship with that information. In the case study it led to the pursuit of a biomimetic approach to desalination, looking at certain birds that are capable of drinking and metabolizing salt water.

The Lost Art of Collaboration

But while software agents that help provide access to vast stores of knowledge are clearly useful, they cannot provide all the same problem-solving benefits as interacting with subject matter experts, any more than say, taking piano lessons online can compare to working directly with a teacher.

Fiore feels schools need to be teaching more in regards to collaboration. He has put forth an agenda that consists of three parts: formal instruction, practice, and feedback. Many of today's curricula involve a certain level of collaborative practice, though formal training is often lacking, and feedback, where present, tends to focus on the teams achieved results rather than the quality of their collaboration.

A set of specific skills that could be taught were described in the PISA report. These include:

Before leveraging the varied perspectives and abilities of the team, it seems essential to first be certain that the team is adequately representative of all relevant perspectives. That, Fiore acknowledges, needs to be addressed in a "problem space definition exercise," which is an important element of systems thinking. Without that, there lies the risk of developing solutions that are equivalent to pushing on a balloon.

Fiore is currently participating in a project in which both systems thinking and collaboration play a crucial role. The Virginia Sea Grant (VASG) is a recipient of a National Science Foundation Award which was provided to "design and test team science training that would build teamwork capacity among coastal ocean and estuarine STEM graduate students."

Fiore will be on hand to evaluate "the collaborative problem-solving training and teamwork effectiveness."

It’s a new ball game. Fiore says that when you look at personnel requirements and skills acquisition, "There's the task, there's the task-specific knowledge, and then there is the teamwork that needs to happen."