Embedding Robots Into the Process 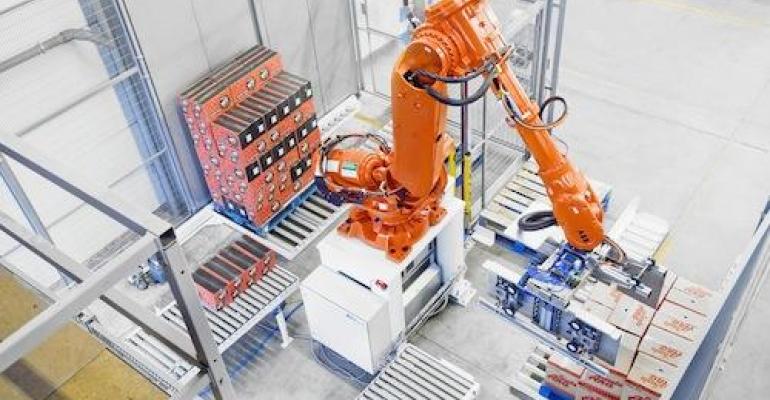 With the trends in manufacturing putting a focus on systems becoming more space-efficient, embedding robots more tightly into the process and the versatility of programmable safety zones are having a big impact on new machine designs.

Users can now have a huge robot work up against a safety fence, and know that the robot can't get within 18 inches of that fence to meet the safety standards. The result is that especially in applications where hard automation has been used in the past, off-the-shelf robotic arms and mechanisms are being designed into systems such as cartoners or palletizers with the robot becoming integrated more closely with the line controls. 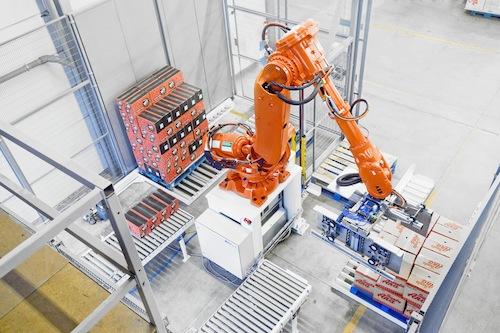 In designing new automation cells, the safety fences can be moved closer to the robot and reduce the required floor space down to the absolute minimum amount needed. That is something we are able to do today that, until the last few years, we were never able to do before.

Even though the safety standard has allowed it, more and more users are comfortable with this technology. One of the things designers are doing now is utilizing technology such as FANUC's Dual Check Safety software to automatically enable and disable zones through safety inputs on the robot. What that allows the application to do is interact with the robot without the need for a fence at all.

Cicco said that on the big robot side, for example, there may be a need to provide a big stamping or large forging to a robot, or for an operator to hand off a piece to a robot. In the past, the part would have needed to be placed on a conveyor, which would typically travel through some light curtains, or be placed on a pallet that was conveyed into the cell.

But now, users can have an open area protected by a light curtain. If a worker breaks the light curtain and is standing in the area, the robot can continue to work even if the person moving into the area has disabled the safety zones, and the robot knows how to come close to the person. If the worker goes too far, stepping on a safety mat or breaking another light curtain, the robot automatically stops so you can't walk directly to the robot.