Digitalization of Manufacturing Is More Than Fast Analog 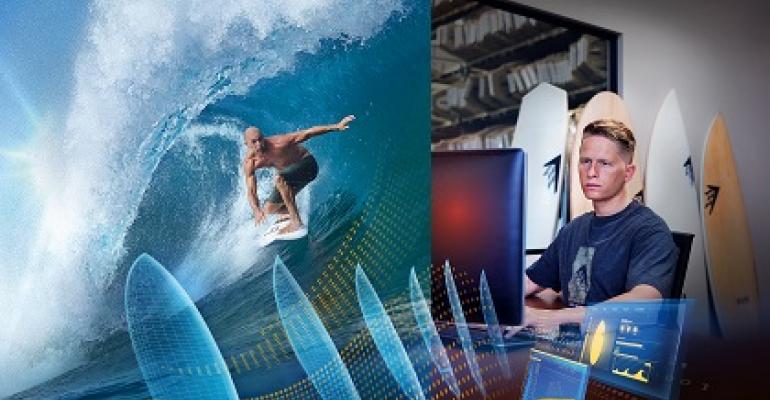 Digitalization is not just fast normal. It’s a complete revamp of design and manufacturing.

Some experts in advanced manufacturing are distinguishing between “digitization” of manufacturing processes and the “digitalization” of the processes. While the words seem to have the same meaning on the face, the two words actually mean something quite different. Digitization is the simple process of changing non-digital media (photos, text, processes) into digital-readable format. Digitalization changes the processes, indeed, it “changes the business model,” according to Gartner’s IT Glossary.

Digitalization does more than speed up conventional manufacturing processes, it changes the nature of those processes. “It’s important to highlight the distinction between digitization and digitalization. It’s the difference between taking analog processes and using digital technologies to mimic them for more efficiency – and leveraging digital data to fundamentally transform processes, leading to increased innovation and competitiveness,” Zvi Feuer, SVP of manufacturing engineering software at Siemens PLM Software told Design News.

Because digitalization changes the nature of the processes, it offers manufacturers the ability to rethink the production processes and bring them into alignment with customer needs. “Digitalization is the key to being able to innovate and compete, and this is why it's becoming more common among mid-sized and small manufacturers,” said Feuer. "Today's market-leading companies are digitalizing manufacturing in order to be more innovative, competitive and to take on new business opportunities.”

As an example of a manufacturer that changed its relationship with customers via digitalization, Feuer points to a relatively small surfboard company. “Firewire Surfboards is one of our customers and a small-sized surfboard manufacturer in Carlsbad, California that we've helped to digitalize manufacturing,” said Feuer. “Firewire is using the power of digitalization to revolutionize the surfing experience by constructing performance-engineered and eco-friendly surfboards individually tuned to each customer’s surfing style and needs.”

Beyond Efficiency and on to Flexibility

With digitization, manufacturers can automate the condition monitoring of equipment. Digitalization takes the process further. “Monitoring production machinery to learn that there is a problem or that there's going to be problem can prevent the loss of value. That is only part of the predictive maintenance ROI opportunity,” said Feuer. “Digitalization enables companies to do much more than capture diagnostic information about a production system, it enables you to use the data to impact and optimize the entire production operation – which creates new value.”

Bringing Design into the Manufacturing Equation

Digitalization can use technology to blend the different stages of creating and producing products, including design, production, and customer relations. “Digitalization can link together product development and production operations to supply chain networks and customers, so companies can produce smart, individualized products as well as offer data-driven services and support,” said Feuer.

The core of the process of blending the product development stages – even the individual product disciplines – is the emergence of the digital twin. “Digitalization facilitates the creation of digital twins that are used to virtually validate and test how the products and production systems will actually perform in the real world,” said Feuer. “This eliminates the need for physical prototypes, reduces development and planning time, and improves the quality of final products.”

A Future Look at Digitalized Manufacturing

The concept of digitalization is not a once-over of converting manufacturers to advanced manufacturing processes. It’s an ongoing conversion that continuously introduces new technology. “Over the next few years, digitalized manufacturing will become more powerful and more accessible to companies of all sizes,” said Feuer. “We'll continue to experience the accelerated convergence of digital technologies such as IIoT, additive manufacturing, advanced robotics, AR/VR, artificial intelligence, and cloud - which will disrupt the way manufacturers work today.”

The way these technologies get deployed is anybody’s guess. The end users are working with automation vendors to see just what’s possible with emerging manufacturing and design technology. The advances may open unexpected markets for both the vendors and the end users. “We expect new opportunities for companies that co-innovate using online platforms to gain access to the latest design and manufacturing technologies, a wealth of know-how and a global reach into new markets,” said Feuer.